Southeast Texans settle the debate: When is it too soon to start putting up Christmas decorations?

Some homes in Beaumont are already prepared for the Christmas season. 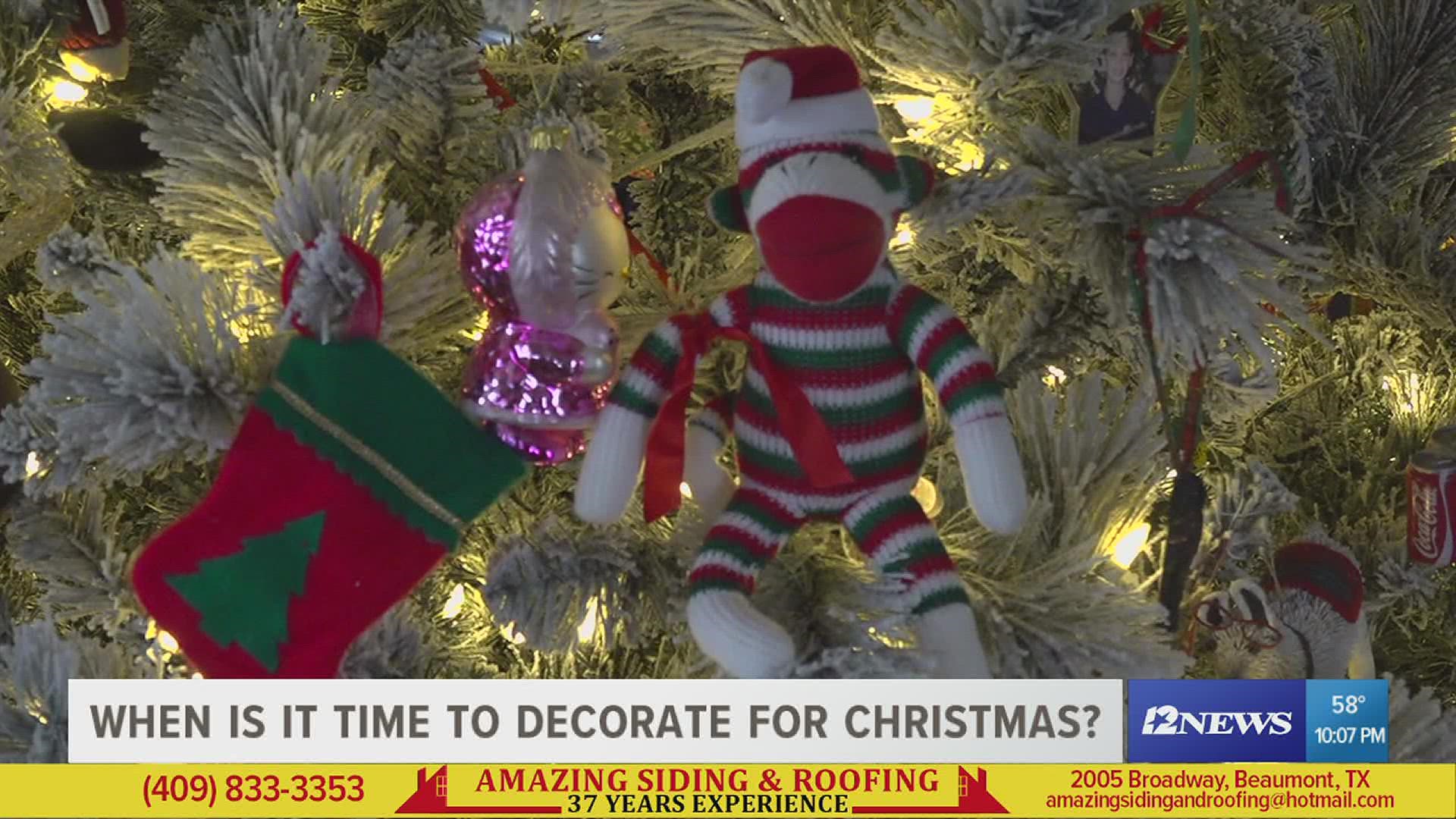 BEAUMONT, Texas — With Thanksgiving coming to an end and Christmas a month away, we all have a debate that needs to be settled. When is it too soon to start putting up Christmas decorations?

The lights, the trees, and all the decor, when is it okay to start putting it up?

Some homes in Beaumont are already prepared for the Christmas season.

People getting ready for yard contests, and others just love to see the happiness the lights bring to others in the community.

But Southeast Texas resident Tommy Patrizi said he normally decorates the day after Thanksgiving but this year he knew he and his wife would be extra busy so they put them up the first weekend of November.

"We decided we're going to get more enjoyment out of it,” Patrizi said. “I see a lot of people are starting to do that now. So, you know, we're not trying to make Christmas come any earlier but we want to enjoy the hard work the fruits of our labor from putting out the decorations because it's a lot of effort."

Patrizi said it’s not too early to put up decorations unless you’re putting them up in July.

Stefanie Ruff followed suit. she couldn’t wait until Thanksgiving this year. Her new tree gave her all the excitement.

"Normally we would do it you know right after Thanksgiving. But we keep going up about a week every year. So a little early but it's good. It's fun," Ruff said.

Fallan Korgel said each season and holiday deserves its own time, and she doesn’t think they should be rushed away.

“Fall is my favorite season, so and Thanksgiving is one of my favorite holidays,” Korgel said. “So, I just like to wait until it's over to start decorating for Christmas. I just don't like to rush it"

For some, it’s not about decorating early. Zoey Reaud has a personal mission, she hopes that her family’s Christmas decorations bring people the joy they need.

"Because I think it just brings to you and it makes everyone happy and people right now are really sad, and the lights make them happy."