Many restaurant are using the loosened restrictions to expand their franchises. 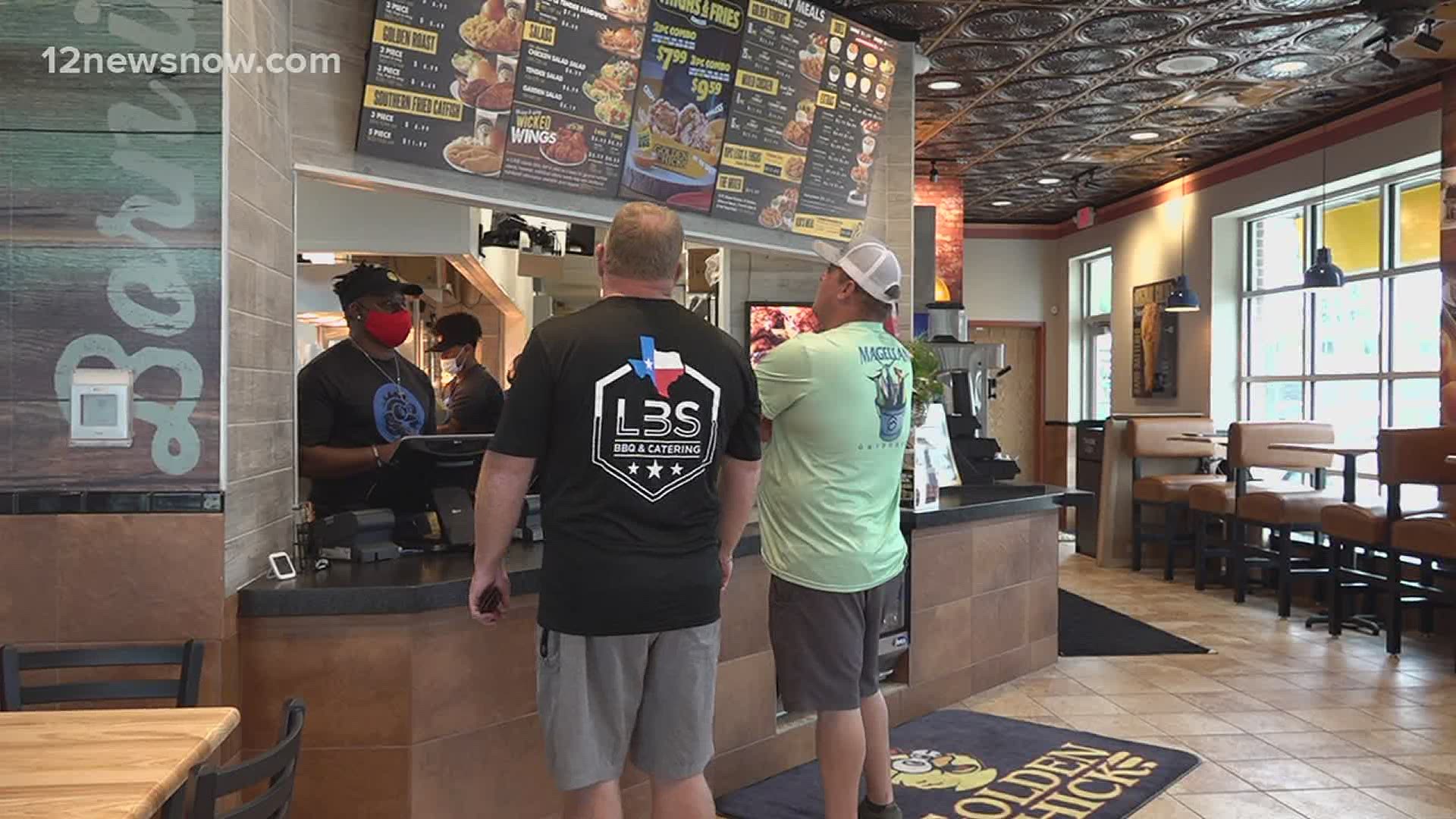 BEAUMONT, Texas — After more than a year of COVID-19 hurting the food distribution industry's profits and causing forced closures, many Southeast Texas restaurants are ready for the summer to provide a chance for expansion.

The summer months and loosened restrictions have provided some Southeast Texas restaurants with the chance to finally have their grand opening.

Many restaurants, such as the Jingo Cajun Eatery in Vidor and the Texas-based chain Golden Chick, are using the loosened restrictions to expand their franchises.

The Southeast Texas community said that getting a taste of normalcy is pleasant and great.

The Golden Chick restaurant franchise has plans to open a Beaumont location within the next year to continue expanding, manager of the Golden Chick Jacob Riley said.

"We are just looking to grow and move forward,” Riley said. “We are not going stop seven restaurants. We are going to go further and further."

Southeast Texas restaurants are the not the only ones using the opportunity to expand their franchises. James and Jon Barbeque, a food truck that opened in June, is serving both lunch and breakfast.

“We are probably, I think the only restaurant in Beaumont that does barbeque breakfast, " said Jonathan Couzens, co-owner of James and Jon Barbeque.

Being vaccinated and the natural social distance that comes with a food truck makes keeping the Southeast Texas community safe much easier, Couzen said.

“Having the counter and the height and everything, it really kind of helps keep the distance between us and the customer,” Couzen said. “People coming up wearing masks, they come up not wearing masks.”

Even with the steadily rising cases, these restaurant owners are staying cautiously optimistic.