Brent Coon and Associates, who specialize in occupational/environmental, health and personal injury, wanted to let people know what their legal options are 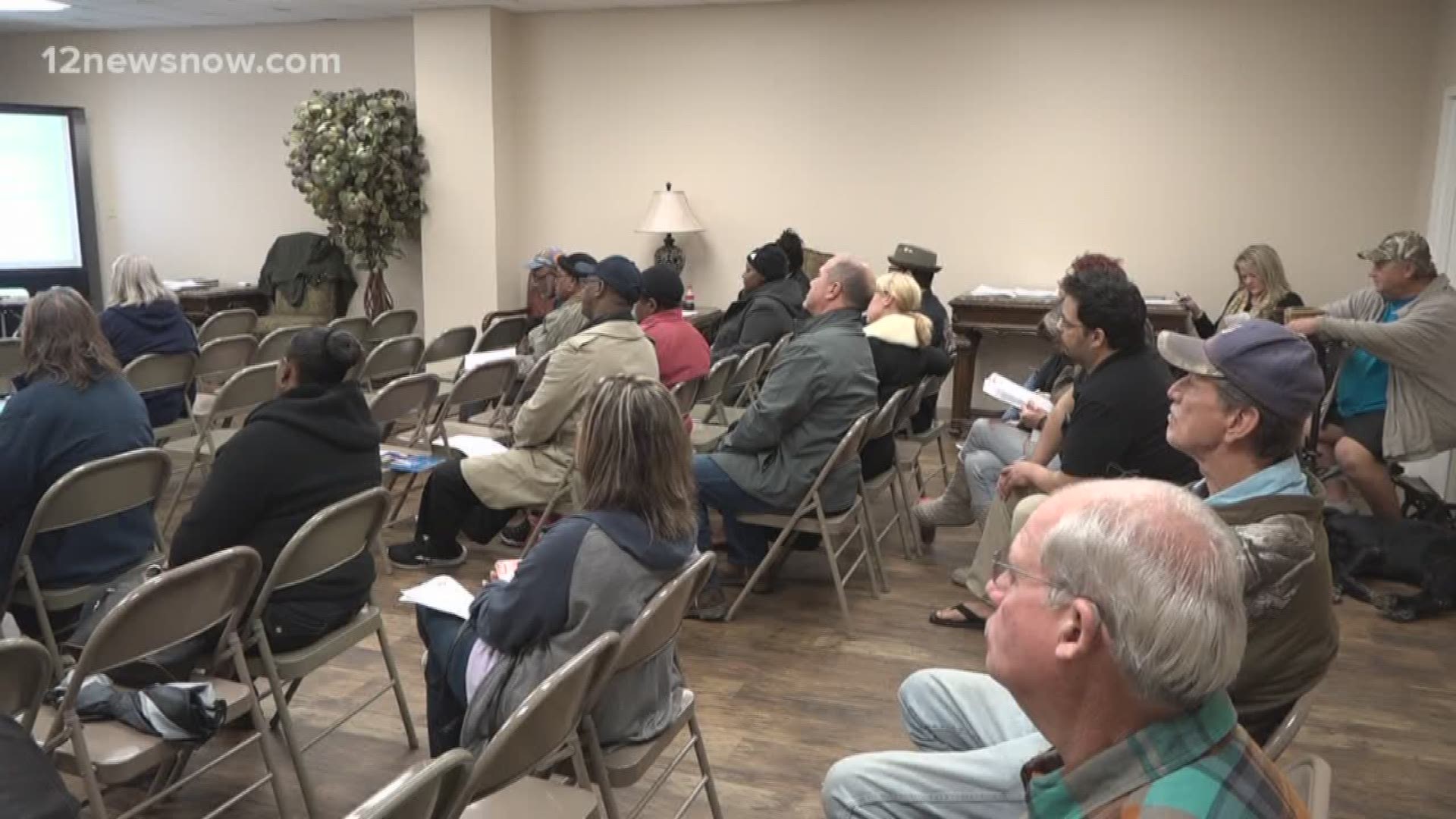 Three weeks following the blasts of the TPC Group facility, many people living in Mid-County are seeking advice on how to seek compensation for damages.

Keice Landry was one of those in attendance and says she hasn't felt well since the explosions.

"We just want answers and actions," Landry said. "I've been sick for three weeks, since it's been burning and I hadn't got anything done."

Brent Coon and Associates, who specialize in occupational/environmental, health and personal injury, held these meetings to let people know what their legal options are.

"We're just trying to make sure that they understand that if they do sign some things now, they may sign away rights," Newell said.

"If you accepted those evacuation reimbursements, would it negate you from being involved in any kind of claims in the future?" Thompson said.

Newell tells 12News signing a release means that if future issues like property damages or health concerns come up, you won't be protected.

"Later, when they uncover more problems they won't be able to get a recovery for that," Newell said.

That wasn't the only question to come up during the meeting.

Throughout the meeting, members of Brent Coon and Associates explained the inconsistencies they've seen come from TPC.

One example was a map that they attributed to TPC, showing the impacted areas.

The law firm found it to be wrong because it was too small and circular.

Thompson agrees TPC hasn't shed light on all the details.

"I believe the information that they were giving out was pretty basic," Thompson said.

Newell says homeowners can use their insurance to file with either TPC or a law firm.

Most of the questions from the audience did get answered Monday night.

However, Newell says this situation is fluid and can change each day in terms of what TPC elects to offer the people of Mid-County.

Brent Coon and Associates are also in the process of trying to learn more from TPC (financials, long-term plan, etc.).

Newell says settling claims from the people in Mid-County will take a while.

"There is absolutely uncertainty, it's not going to be a quick process," Newell said.

Brent Coon and Associates say it's ultimately up to each person on whether to take what TPC is offering or wait.

The law firm's recommendation is to wait because these type of company's typically like to give people money up front to prevent further costs down the road, according to Brent Coon and Associates.

He says hundreds have already filed claims with their law firm.

Landry and Thompson said they plan to as well.

"I do plan to file a claim," Landry said.

"I'm looking into finding some protection for myself and my family," Thompson said.

Brent Coon and Associates is planning to hold these town hall meetings at least once a month for people living in Mid-County.

Here are the remaining dates for the town hall meetings.