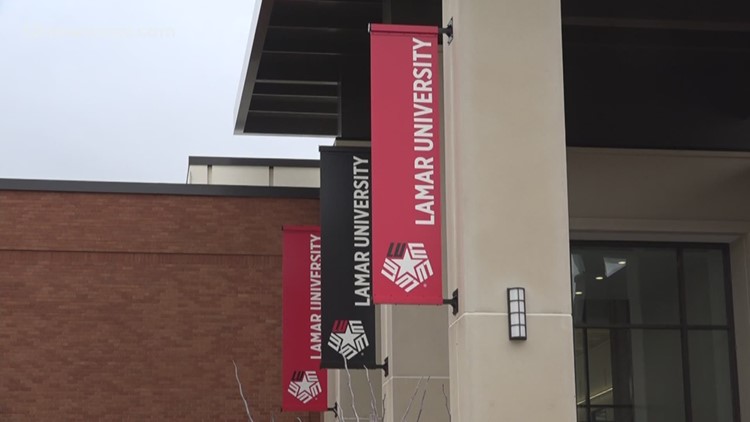 BEAUMONT, Texas — Lamar University President Kenneth Evans released a statement on Thursday in response to 'hurtful and careless comments' posted on social media by a student.

The statement, tweeted by Lamar on Thursday afternoon, says that 'while LU has been called to take disciplinary action,' the comments made on the private account 'offensive as they are' are protected under the First Amendment.

Lamar NAACP tweeted a statement late Wednesday night, saying in part, "As an organization that aspires to eliminate race-based discrimination,we--LAMAR NAACP-- rise to condemn the historically discriminatory remarks made by a well-know student of the Lamar University community."

The statement says the group extends 'our denunciation to those who have moved to defend such remarks utilizing classless "humor."'

According to the statement, the group intends to contact 'administrators and faculty which are over the organizations that these students have affiliations with.'

Evan's statement continued, "I deeply regret that these comments have offended members of our campus community and tarnished the good reputation of our university. However, as a public educational institution, we are required to uphold the Constitution of the United States of America but are also uniquely positioned to educate individuals to the insensitivity of such remarks."

LU President responds to hurtful social media remarks
DATE: August 15, 2019 TO: Lamar University Community FROM: President Kenneth Evans Today I became aware of hurtful and careless comments posted on social media by one of our students and additional negative remarks by others in response.