While the levees didn't break, levees in Montegut, Point-Aux-Chenes, and Dularge over topped with water. 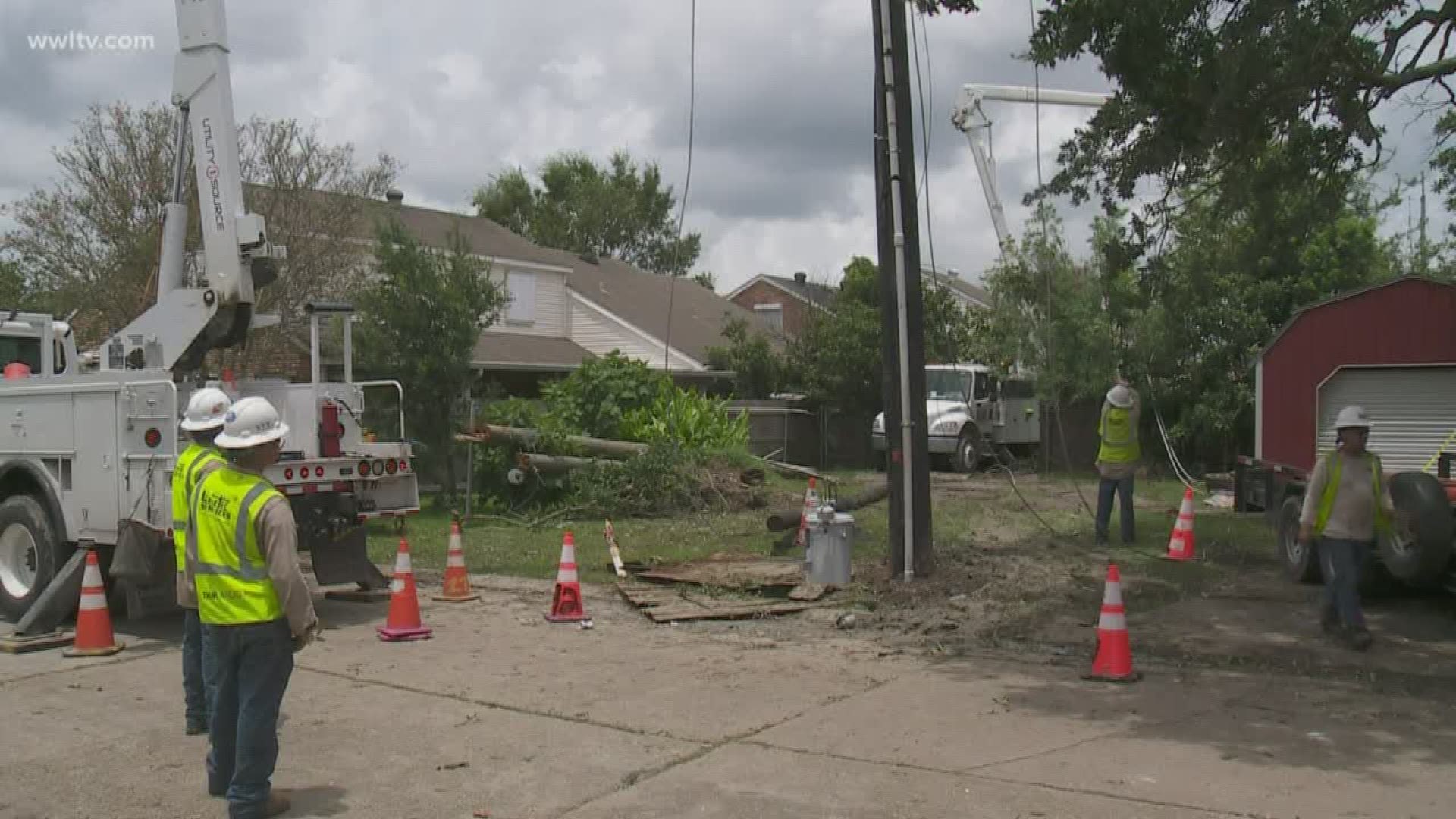 HOUMA, La. — In Terrebonne Parish, some people are cleaning up their yards while others are cleaning out homes that took in water. Crews are working all across the parish to restore power to several thousand people.

On French Quarter Drive in Houma, it's day three without power at Don Giroir's sister's home.

"A big oak tree fell on the main power lines coming in," he said.

Now, crews are working to bring power back to homes in that neighborhood.

"Hats off to those people," Giroir said.

RELATED: Our rain from Barry is over; summer heat returns

"Not a single levee failed," he said.

While the levees didn't break, levees in Montegut, Point-Aux-Chenes, and Dularge over topped with water.

"There was more storm surge from Barry than Rita and Ike and rather than have thousands of structures take water, we think it was 11," Edwards said.

The 11 flooded homes were all in Point-Aux-Chene and came from water overtopping a levee that was not yet complete to protect both Lafourche and Terrebonne parishes.

Crews hope to have all power restored by Thursday.

The Terrebonne Parish president doesn't believe any of the houses that took in water are a total loss and now he claims his staff is looking into raising them.

RELATED: Why Barry didn't bring flooding rain and why projections were so high