On Friday at 6 p.m., family, friends and supporters are scheduled to peacefully walked down Dowlen Road to Rogers Park to display a form of unity. 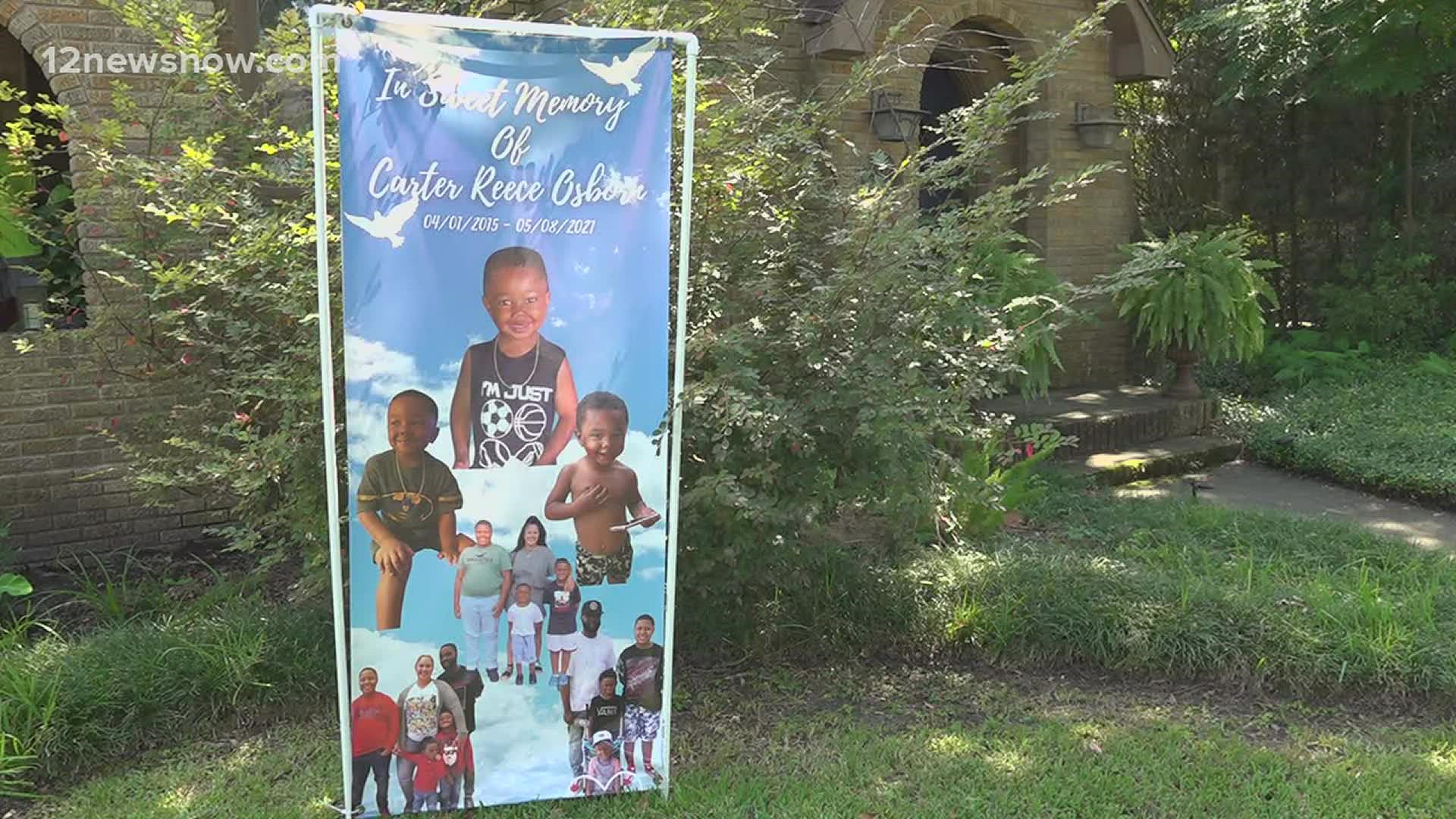 BEAUMONT, Texas — The family of Carter Osborn is still calling out for justice almost 90 days later, after the six-year-old boy was struck and killed by an ATV.

On Friday at 6 p.m., family, friends and supporters are scheduled to peacefully walked down Dowlen Road to Rogers Park to display what they're calling a form of unity.

Just days after his death, family members came together to hold a press conference for the six-year-old at Tyrrell Park. Beaumont City councilman Mike Getz has spoken out, calling for stricter enforcement of an ATV ban after the boy was struck and killed.

Their lawyer is demanding that more be done to charge the man accused of hitting carter.

They've also held a balloon release since the boy's death. Carter's mom, Taylor Osborn said it's her responsibility to be her son's voice.

She's making it clear through signs, posters, and T-shirts that her son's case will not be forgotten.

“We're wondering why there is a lack of justice here for a six-year-old boy that was innocent died doing what he loved died doing nothing wrong, the day before Mother’s Day at a park playing,” Taylor Osborn said.

Taylor said she's fighting to make sure another child won't become a victim to this preventable tragedy.