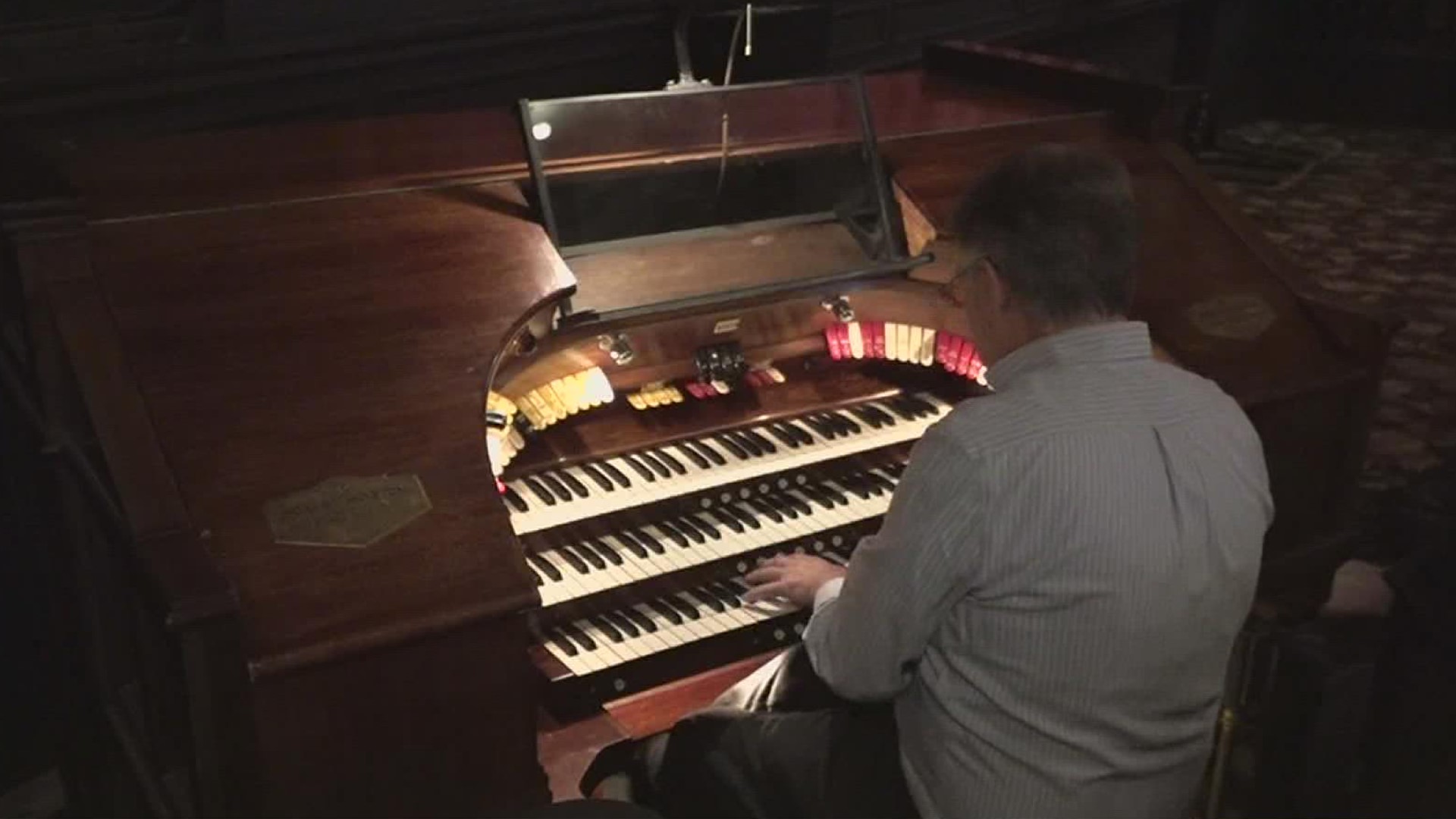 BEAUMONT, Texas — For almost a century, Beaumont's own Jefferson Theatre has drawn crowds downtown for vaudeville shows, silent films, movies and more. But for the last 15 years, there's been a key aspect missing from those shows.

Thanks to Rita and Harvey, the theatre's pipe organ hasn't been part of the entertainment for more than a decade. After a lot of hard work, those involved with the Jefferson Theatre are excited for the reappearance of the unforgettable sounds the organ offers in a few weeks.

Tom Bell works as the executive director for Beaumont Main Street. He's ready for the public to experience the organ being played again, especially those who have never heard it.

"It'll be something if you ever see it and you've never seen it before, you'll remember it," Bell said.

The organ chambers at the theatre release a sound so powerful, it sticks with you forever.

"It'll blow you away, it's unbelievable," Bell said.

More than 750 pipes and instruments make up the heart of the Jefferson Theatre, the Robert Morton Pipe Organ.

It's one of about 30 Robert Morton organs still in existence today.

What makes it even more unique is its original location and ability to rise from the organ pit.

Tom Helms is the man chosen for the job of restoring the instrument.

"You guys are so fortunate to have this building from 1927, and that retains its original pipe organ, which can last for hundreds of years if you just take care of it," Helms said.

The organ was handmade by the Robert Morton Organ Company in California and shipped through the Panama Canal to Beaumont in 1927.

The organ accompanied silent films and served as a one-man orchestra for legends like Al Sacker and Carter Bidwell. Bidwell remembers well his time playing in the 80s.

"The lights come on and you're coming up as the elevator comes up to stage level and the people are clapping, there's a rush to that," Bidwell said.

The organ was heavily damaged by Hurricane Rita in 2005. It was on its way to restoration when Harvey hit and set back repairs again in 2017.

Thomas Ashworth is the project manager for the City of Beaumont. He saw the damage firsthand.

"And they said the organ chamber has been damaged, and I climbed the ladder and could see the devastation, and it was just heartbreaking," Ashworth said. "It really, really was."

So the city started the search for a repairman once again.

"To figure out how we we're going to restore it, who was gonna restore it, what it was going to take to restore it," Ashworth said. "So I reached out to these various organ builders, Ken Double who's the organist at the Fox Theatre highly recommended Tom Helms."

They landed on Tom Helms, an organ builder from Florida with nearly 50 years of experience. He knew the importance of the job and knew it wouldn't be easy.

"Leaky roof or whatever caused the ceiling to fall and crush the organ, and then parts were missing or whatever, but we've got it all restored now and it's shiny and clean and new upstairs in the pipes," Helms said.

It's a process that has taken him months working on each individual part of the organ to bring it back better than ever.

"I would say it's better now because of the new solid state relay system, that makes the organ play much more quickly," Helms said. "The old system was like an old timey telephone operator, number please, and they would plug you in and it was slow, this is just faster and quicker."

Theater organs are known for their bells and whistles and this Robert Morton has plenty.

"There's all kinds of percussions in the organ, there's orchestra bells, there's a xylophone, there's chimes, you can get the door now," Helms said.

Helms said the organ being back in use 'completes the picture.'

"It's original, it's in its original building, the Jefferson, which is absolutely gorgeous. What you guys have already done, and now the organ is coming back to life," Helms said.

The organ will get some final touchups and tunings in the coming weeks. The Jefferson Theatre is planning a debut concert. 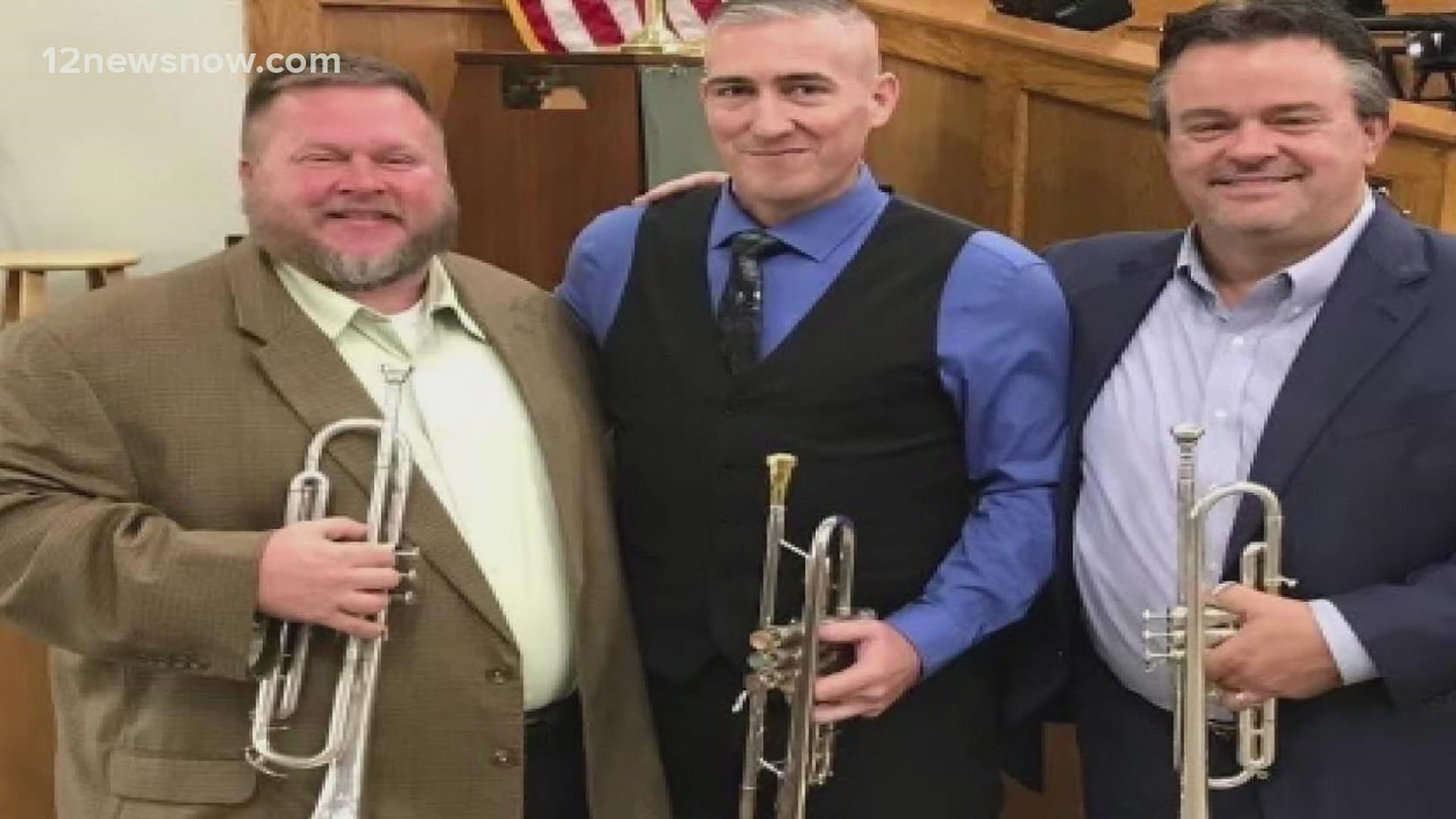