A Jasper pastor says he forgives the ones responsible for graffiti found on St. Paul Lutheran Church this past Sunday. 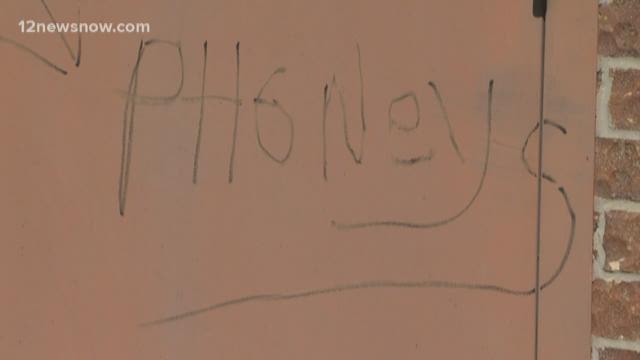 Pastor Mark Follett with St. Paul Lutheran Church says it was alarming to see expletive statements written on the doors of his church on Sunday morning before service.

"We have no clue who did it, but we certainly wish they didn't. But, I pray for those people and I forgive them," Follett said.

Police say there are no suspects at this time. Police believe they could be juveniles and that the same person tagged both churches.

Follett hopes the suspects are caught. He is praying for more God and less hatred in the lives of others.

”Because there is freedom in that, freedom in repentance, I know that's not the norm but that's what I would like to see," Follett said.

The churches did not suffer damage outside of the graffiti on the doors.

Investigators are asking that anyone with information call the Jasper Police Department at (409) 384-3471.