Sheriff's office investigators are interviewing all witnesses who were in the house at the time of the shooting. 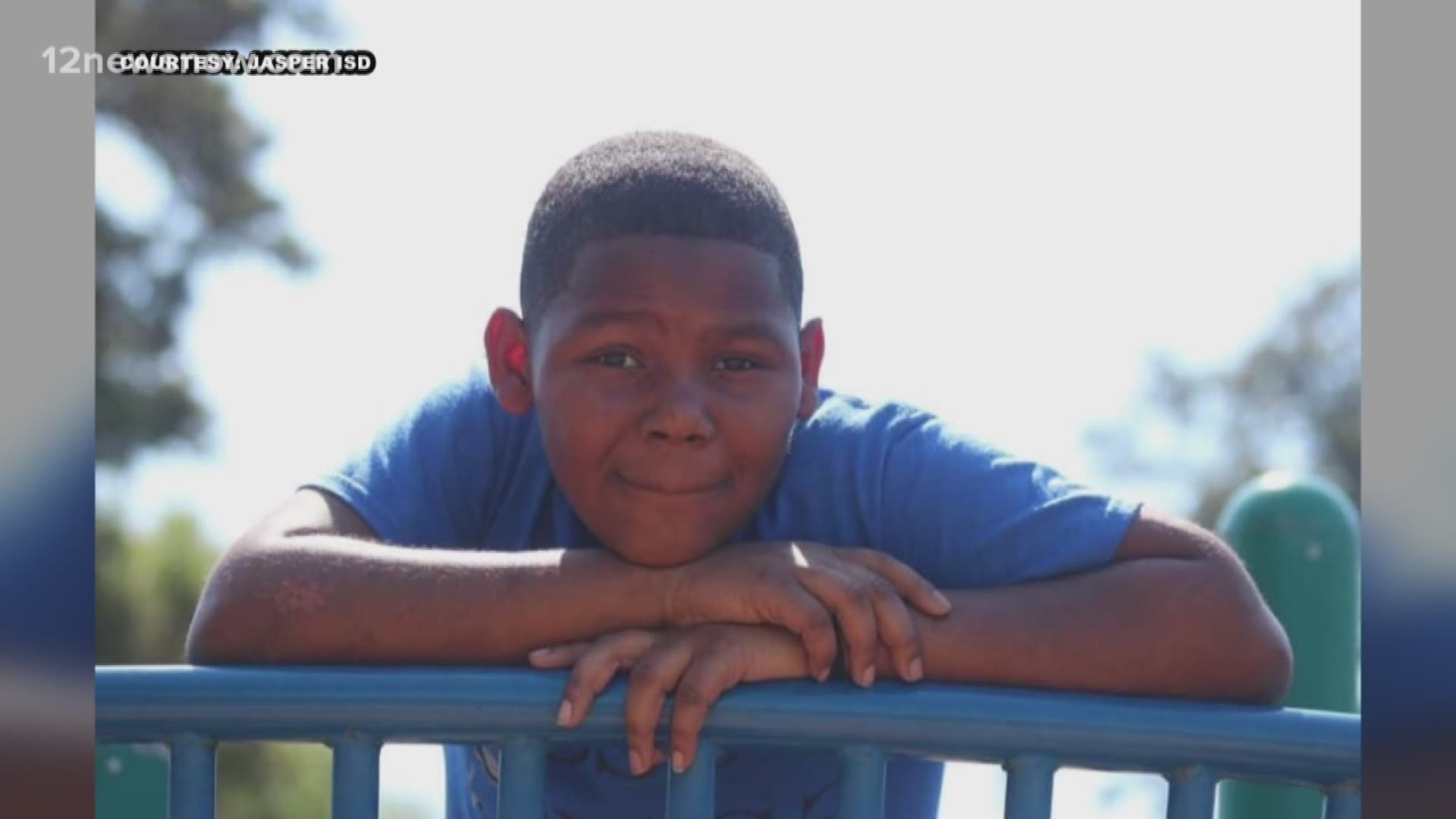 JASPER, Texas — The Jasper County Sheriff's Office is investigating the death of a Jasper Junior High School seventh grader who was shot in the head.

Early indications are that Nick McBride, 13, was accidentally shot in the head Friday night at a Jasper County home according to the Jasper County Sheriff's Office.

The Jasper County Sheriff's Office told 12News McBride and a group of children were playing with a gun at a home on County Road 357 when it fired, hitting McBride in the head and killing him.

Sheriff's office investigators are interviewing all witnesses who were in the house at the time of the shooting and an autopsy has been ordered according to the sheriff's office.

A Saturday post on the Jasper Independent School District's Facebook page said that the district would have a Crisis Intervention Team made up of professionals trained to help with the needs of students, parents and school employees.

The district described McBride's death as a tragic accident.

John Seybold is the director of operations for Jasper ISD admits Monday has been one of the toughest days on the job.

"Anytime you lose a student, it's the worst thing you have to deal with," John Seybold said.

Investigators said early indications show that it was an accident.

The sheriff's office has a strong message for the community.

"If you own a firearm or if you have guns as parents, or people in your home, make sure you keep them locked up and make sure everybody in the house is educated is trained on what to do and what not to do," Jasper County Sheriff's Office Lieutenant Scott Duncan said.

Duncan said McBride's death has been felt across the force.

"This community is very saddened by this loss and it's been my experience that anytime any life is, especially the life of a child is lost, this community feels it," Duncan said.

With a few weeks until school starts, Seybold said it won't be easy for students but the district is prepared.

"Our students are going to have questions and they are going to need to talk about it," Seybold said. "So we wanna be there for them."