Tortorice considered himself a servant even to his own employees. 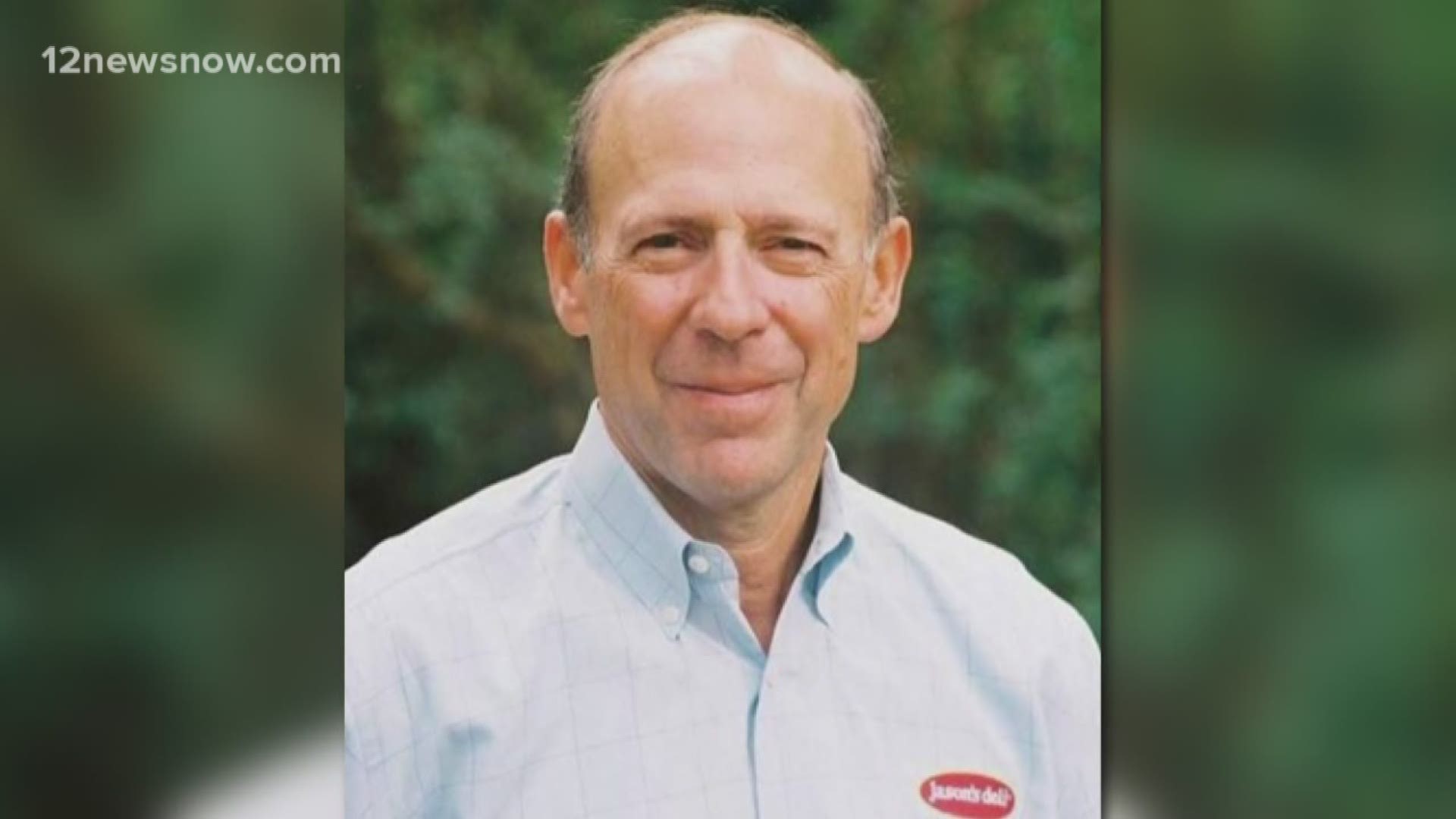 Tortorice credited his father with having a "way with people,” but he was the one who captivated even the nominal acquaintance. Until recently you could see him at the restaurant chain’s Gateway Shopping Center store almost every day.

In business Tortorice seems to have had "the secret” and it wasn't just the free soft- serve ice cream at the end of a meal.

He towered over business colleagues with a company that could boast annual revenues of half a billion dollars.

Tortorice, who served as a director for Midsouth Bank and won numerous business leadership awards, was also honored in the Southeast Texas community, winning the Gift of Life’s "Spirit of Love” award and serving as “King Neches” at the Neches River Festival.

Jason's Deli blossomed from its original location at Gateway Shopping Center in Beaumont to 294 stores in 28 states.

But the real "secret" to Tortorice’s success in his words was "servant leadership."

He considered himself a servant even to his own employees as he shared in several interviews.

He took pride in having more than 12,000 employees and one of the lowest turnover rates in the restaurant industry.

According to Tortorice some of his employees worked at Jason's Deli for 40 years.

Earlier this year, Jason's Deli beat Whataburger and Fuddruckers to be named the highest ranked restaurant chain in Texas according to "Business Insider."

After earning a marketing degree at Texas A&M, where he served as a cadet and commanding officer of first group staff, Tortorice served for two years as an officer in the U.S. Air Force.

Tortorice, who had watched his father put a deli into his Beaumont grocery store, started his own deli in Beaumont in 1976.

Jason's Deli got its name from Tortorice’s oldest son, Jay.

Within two years Jason’s Deli had branched out to area towns and within 12 years he opened his first franchise store in Tuscon, Arizona.

Tortorice, who had a passion for God and was very active in the Catholic Church and in the Kolbe Prison Ministry through the Diocese of Beaumont.

In the past year when Tortorice’s illness kept him from those Monday night visits the inmates would pray for him according to Steve McGaha, Director of Criminal Justice at the Diocese of Beaumont.

“They will be heartbroken when they hear he has passed,” McGaha told 12News.

He ate at Jason's Deli almost every weekday and revolutionized the restaurant industry by taking hydrogenated oils out of the food at his beloved restaurant.

Tortorice was bigger than his headlines and said he believed all his customers and employees had hopes and dreams.

He said putting their needs first would work and it did.

Although Jason’s Deli, with franchise stores in more than half of America, made him a resounding success Tortorice once said he considered "success" taking ownership of the well-being of others.

From a Jason's Deli news release...