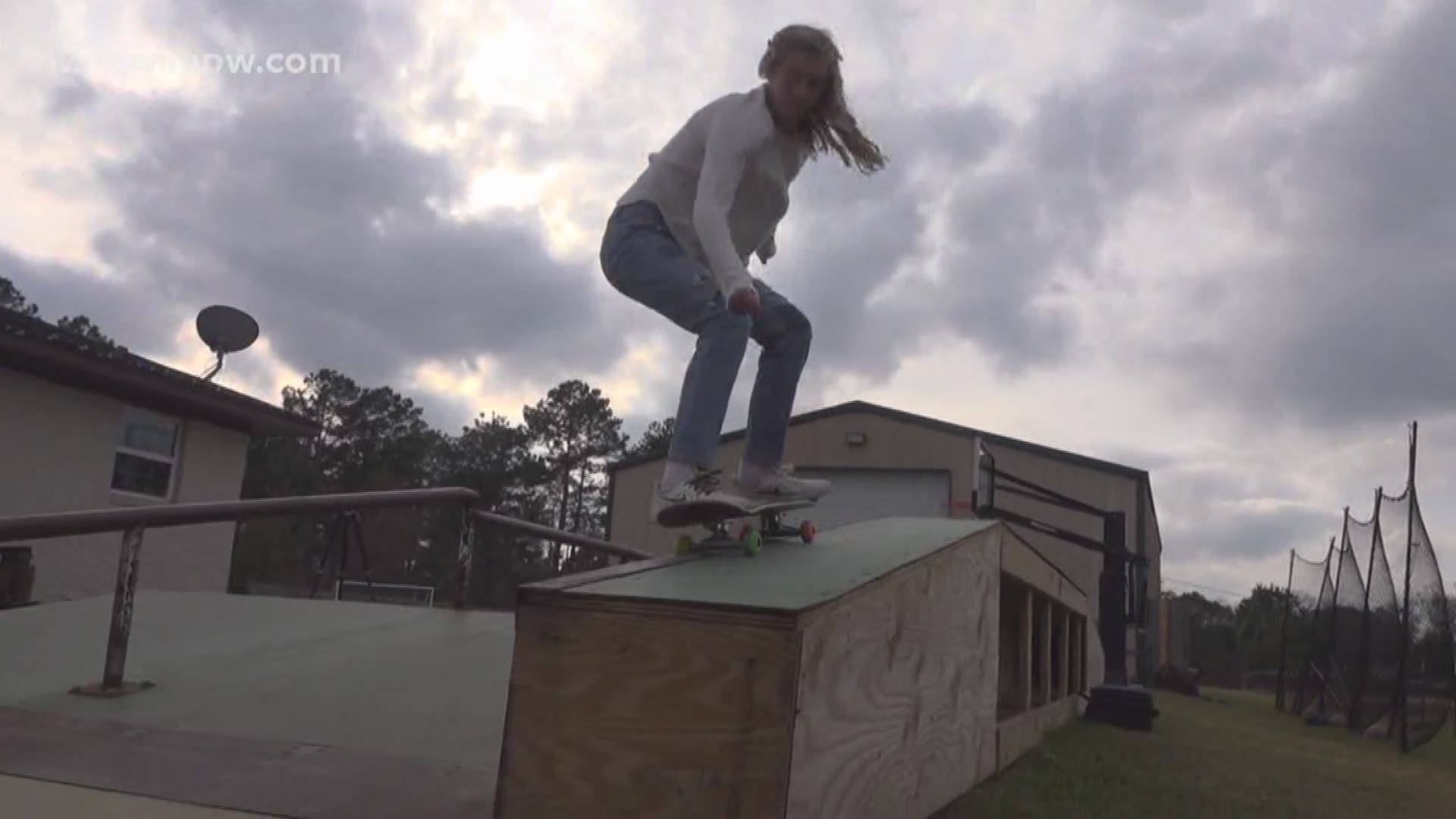 VIDOR, Texas — Kendra Long, 14, is already gaining national recognition for her abilities as a skateboarder.

That success is what Long hopes secures a spot in the 2024 Olympics in Paris.

"At the time I thought I was going to have a little ballerina, she's my only daughter," her mother Natalie said.

It's a path the family never thought would unfold.

"My dad brought my brother a skateboard and I got extremely jealous," Long said.

So, she pleaded for her own board.

Despite her father's initial hesitance, it didn't take long for her parents to realize she had some talent.

"Everybody is starting to notice me a little bit more," Long said.

Since the age of eight, Long has been working to perfect her love of skateboarding.

That determination has earned her invitations to compete against the best of best all over the globe.

"Traveling around the world has been awesome," Long said. "It's been crazy."

The thrill of new experiences hasn't necessarily made things effortless on her mother.

"Figuring out points, travel, and where you need to be," Natalie said. "It wasn't easy to figure out, but it's been fun."

She says skating has enhanced her daughter's tenacity.

"You can't fall and crash on cement, day in and day out, and not get back up and be stronger," Natalie said.

At 14 years old, Long already has sponsorships from Autonomy skateboards and Nike SB.

She's experienced quite a bit of success in her early career, but ambition looks to put her on the world's biggest stage.

"Going to the Olympics for me right now, it's hard to put into words," Long said.

"It would be a life-changer," Natalie added.

Skateboarding will make its debut in Tokyo, for the 2020 Olympics.

There's a small chance she could still compete in Tokyo as an alternate, but that would require those who made the team to get hurt.

Yet, she won't let it hinder her goal and says it gives her more time to improve on her skills and be ready for the Paris Olympics in 2024.

"I never would've ever dreamed of going to the Olympics, so it's insane that it is even possible to go," Long said.

She is also hoping to receive an invitation to the X Games next year.

"I just want to get good on a every little thing on street, I don't want to be good at just one thing," Long said.

The Long's have installed their own personal skate park in the driveway, allowing the 14-year-old phenom to practice whenever she's home.

However, skating isn't the only focus for Long.

"I don't want to skate like 24 hours a day because it gets exhausting," Long said. "So, I just make sure I have some fun and then I also run which is weirdly relaxing for me."

She's also a star track athlete at Vidor Junior High, where she's become a district champion and broke a record.