The body was identified, but her name has not been released. 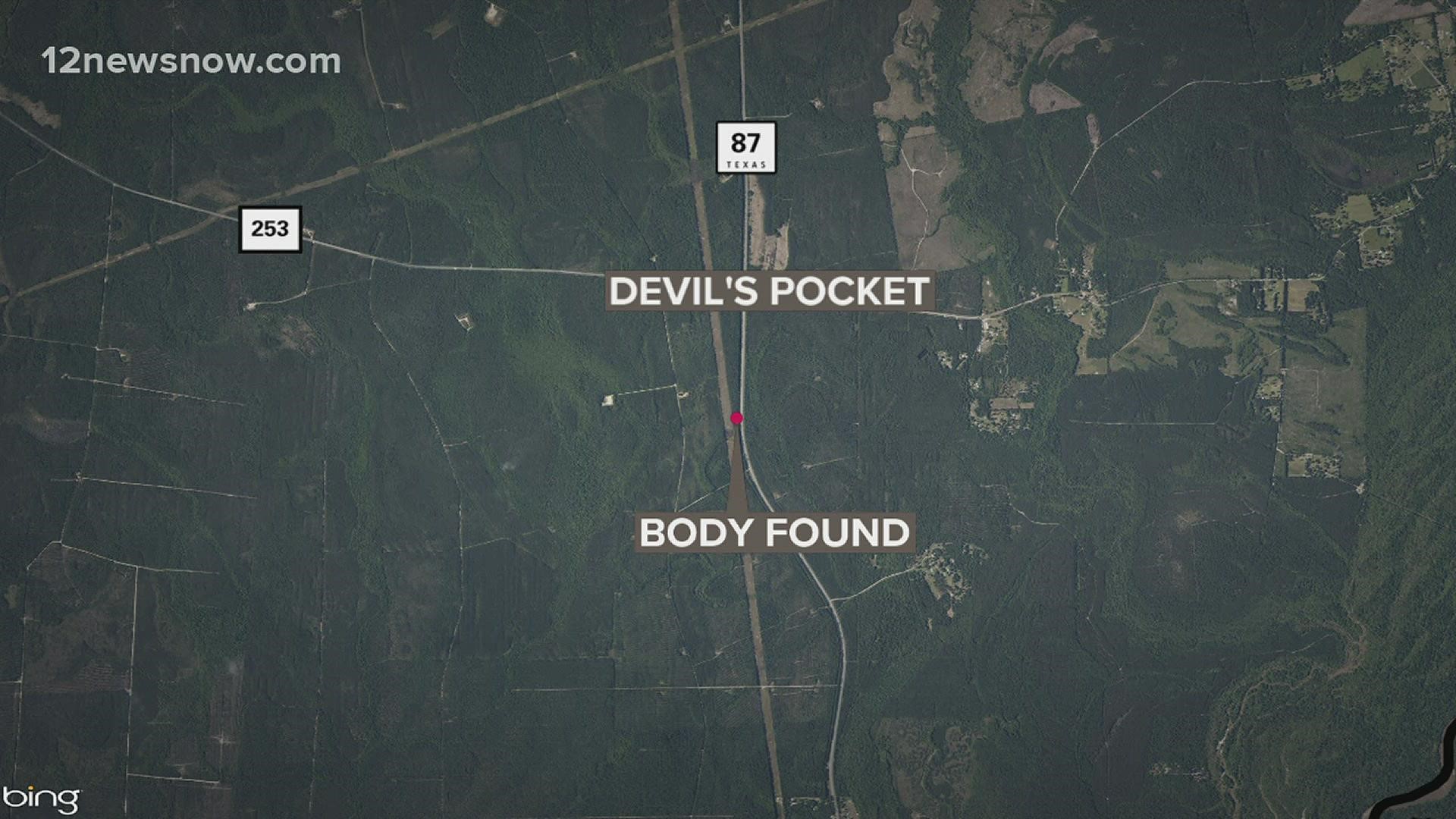 NEWTON, Texas — An investigation is currently underway after Newton County Sheriff's Deputies discovered a body in a wooded area on Monday.

Newton County Sheriff's Deputies responded to call about utility workers finding the body of an unresponsive female at a wooded area south of Devil's Pocket near Highway 87, on Monday, Sept. 13, 2021.

Upon arrival, deputies discovered the body of a female they believe to be somewhere around 20 years old, according to a Newton County Sheriff's Office news release. The body was later identified, but her name has not been released.

The body was taken to the Jefferson County Forensic Medical Center for an autopsy. As of now, no foul play is suspected, but officials said updates to the case will be provided when they become available and when the autopsy report is received.

This is an ongoing investigation. Newton County Sheriff's Deputies said they send their condolences and prayers to the family.

On Monday, September 13, 2021, Newton County Deputies were dispatched to a wooded area located south of Devil’s Pocket on Hwy 87 South in response to a report of Utility Workers finding the body of an unresponsive female.

Upon arrival Deputies discovered an unidentified female about 20 years of age. Allegiance Medical System and Precinct 2 Justice of the Peace responded to the scene. She was taken to the Jefferson County Forensic Medical Center in Beaumont, Texas for an autopsy. The case continues to be investigated by the Newton County Sheriff’s Office assisted by the Texas Rangers.

There is no foul play suspected, and we are currently investigating all the circumstances surrounding this incident. She has been identified at this time, and our condolences and prayers go out to the family. We will provide updates to this case when they become available and when the Autopsy Report results are received.