“Tropical Storm Imelda hit us hard but we’re back and Gator Country got herself a facelift." 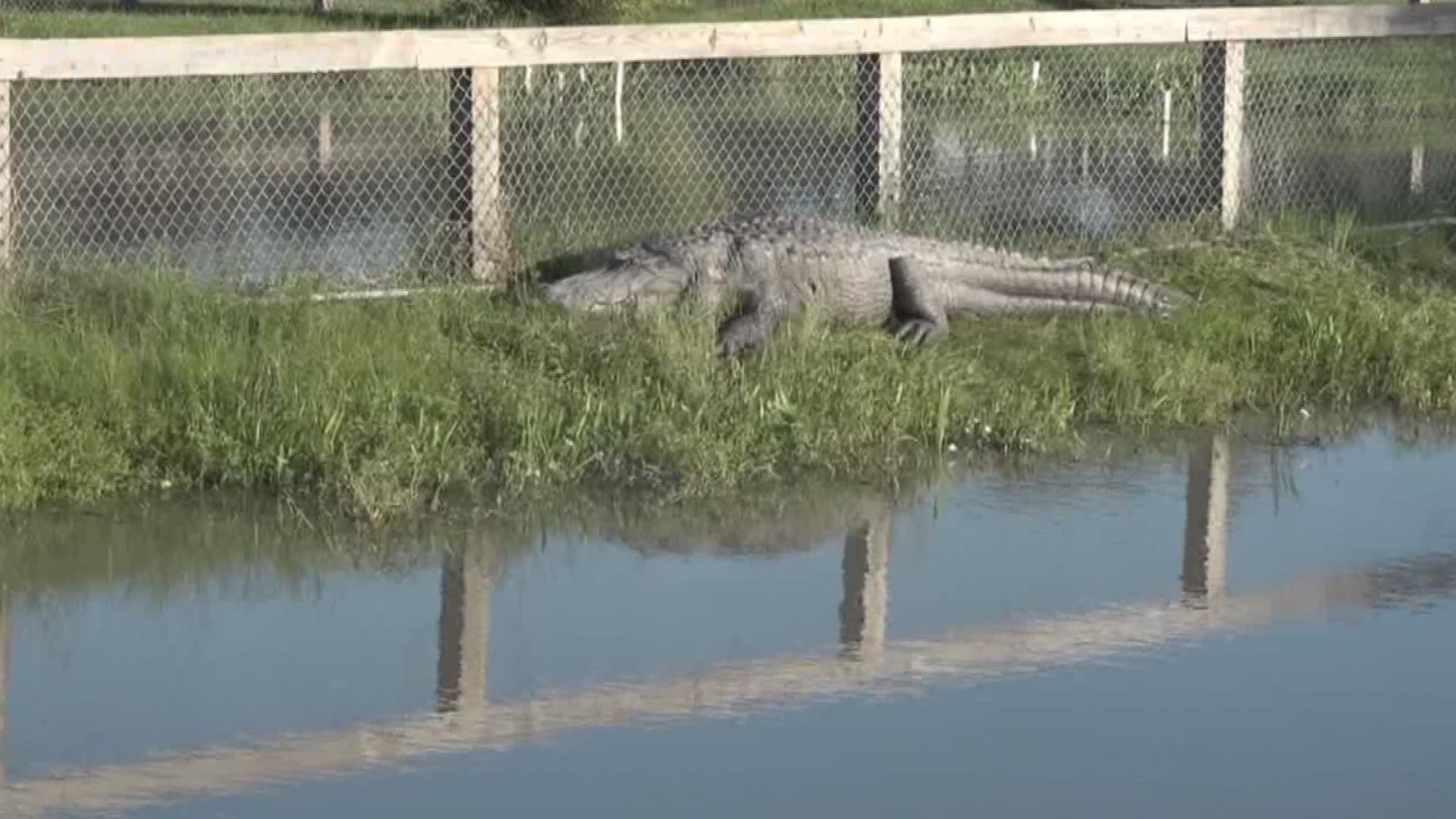 BEAUMONT, Texas — Gator Country is set to re-open after being closed for more than a month following flooding from Tropical Storm Imelda.

The reptile park’s “grand re-opening” will be on Saturday, November 2, 2019, according to a post on the Gator Country Facebook page.

“Tropical Storm Imelda hit us hard but we’re back and Gator Country got herself a facelift,” the post said.

Two days after the storm Gator Country owner Gary Saurage took to Facebook in a video and updated the park’s fans on his situation.

“Hey, guys, I know everybody’s been waiting on an update. From all over the country, everybody wants to know how Gator Country is, what’s going on with the alligator situation,” Saurage said in the video.

Gator Country
Gator Country's Grand Re-Opening will be Saturday November 2nd! Trop... ical Storm Imelda hit us hard but we're back and Gator Country got herself a facelift! Come check us out and hang out with Big Al, Big Tex, and the whole GC Crew! A family fun day you don't wanna miss!

Saurage was sitting on a fence near home at the park surrounded by about four feet of floodwater in the video shot on Saturday, September 21, 2019.

At one point he hopped off the fence and the camera followed as he waded through waist deep water describing how his and his daughters homes flooded.

“I’m in four feet of water,” Saurage said pointing to his main house and Gator Country’s facilities. “I can’t give you a report yet, guys, I’m still underwater."

“It’s a total loss inside the big house,” he told the camera.

Both of the park’s large alligators, Big Al and Big Tex, were missing for several days after the storm.

RELATED: 'Big Tex' unaccounted for as Gator Country continues to recover after Imelda

The two gators are known for their size and age. Big Tex holds the national record for the largest live-captured nuisance alligator at 13 feet 8 inches, and Big Al is a little over 13 feet. Big Al is 84 years old, according to Gator Country’s website.

"That was one of our fears all along that he would get out onto the highway," Saurage said of Big Tex the day he was found..

It took about a dozen people nearly two and a half hours to get Big Tex out of a retaining pond and back into his habitat.

"Now I can focus on remolding Gator Country," Saurage said at the time.