FEMA crews will be here for the next several weeks helping people get registered. 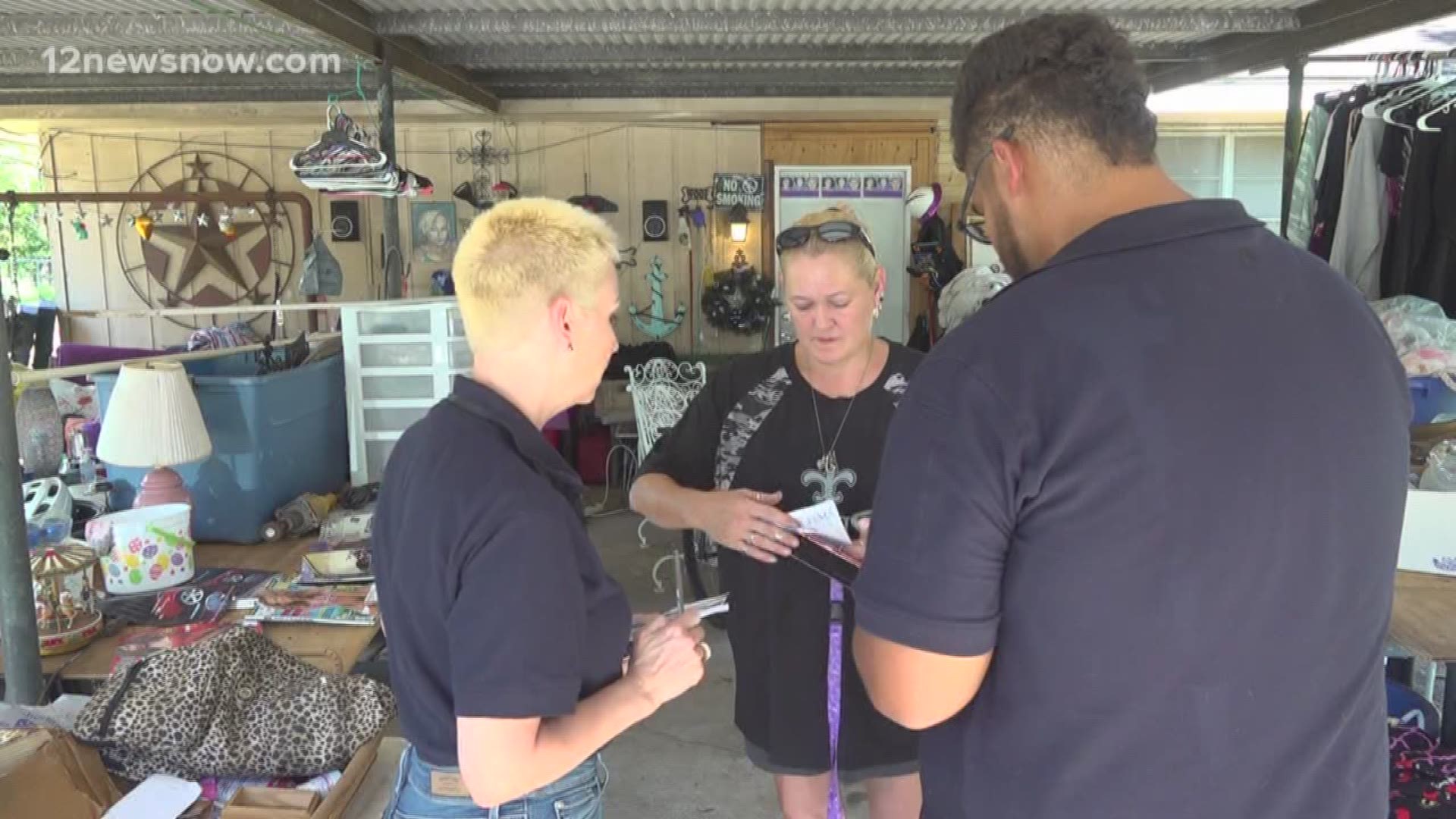 VIDOR, Texas — FEMA is on the ground in Southeast Texas. They spent the day going door-to-door in Orange County.

The crew started with hard-hit areas of Vidor, and they'll continue to work their way toward Beaumont.

Last week President Trump signed the federal disaster declaration, which allowed FEMA assist in six counties across Southeast Texas. For many folks in Vidor, this is the second time that they are having start over since Harvey.

"I've lost everything from children's beds to furniture to electronics," flood victim Betty Garbs said. "Family photos that I can never get back and memories that we had made together I've lost."

Harvey forced her to start over, now Imelda has caused her to relive the memories of daughter who died in 2017.

RELATED: Homeowners moving up instead of moving out in Bevil Oaks

RELATED: FEMA set to hit the ground in Southeast Texas after Imelda flooding

RELATED: Flooded home? Here's how to get started with cleanup and insurance

A bit of hope arrived on her door step Thursday, as FEMA agents made their way to Southeast Texas to help get folks like Garbs registered.

"Now they're going to try and help us, and to see them hit the roads today like they are it's amazing," Garbs said.

"If they think that they are not able to be qualified they don't know that, they need to register with FEMA to make sure," Palermo said.

While pain is nothing new for Garbs, she knows this time around there's the support from everyone in her community.

"It's kind of a little bit of a burden but we will get through it and the only way that we can get through it is if we pull together as a community," Garbs said.