Imelda forced its doors to close. On Monday, 12 new mattresses were delivered, helping the team to take one step closer to reopening 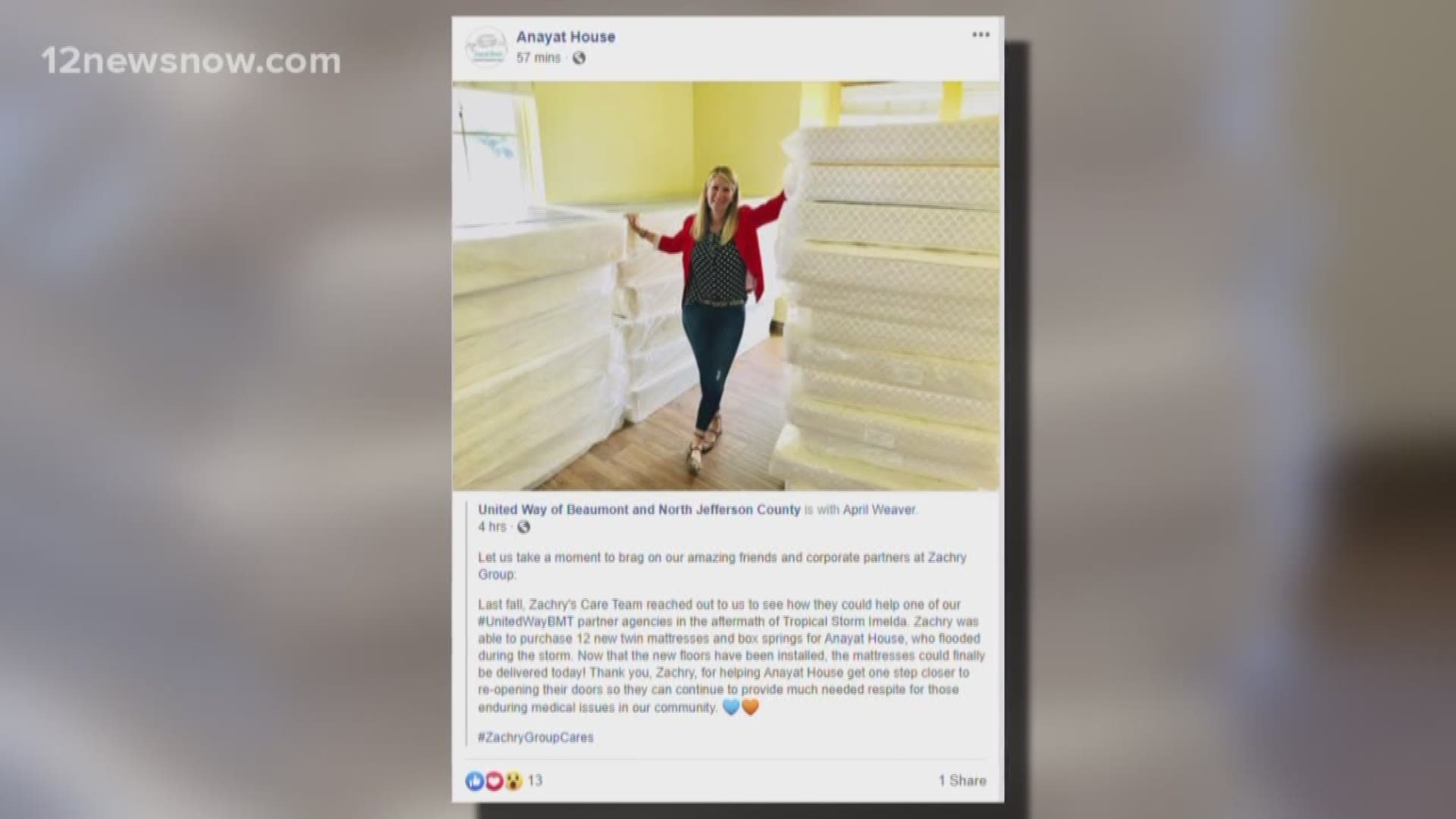 BEAUMONT, Texas — The Anayat House in Beaumont had to close its doors because of damage from Tropical Storm Imelda, putting a halt to its ability to serve families in need.

Just like many families in Southeast Texas, the Anayat House has been rebuilding for the last five months. Before it closed, the house provided a place to stay for those with families in the hospital.

Imelda brought six to eight inches of water inside the building.

"It's been a long road just because we know we can't help anybody. we're in the business to help people. and when you're down for five months, that's hard.

Now they're another step closer to reopening.

Zachry Group, an industrial organization, reached out to United Way of Beaumont and offered to help.

"When they drove up with the mattresses, John Rollins with United Way, was here and I just told him it feels like Christmas...they just kept bringing in the box springs and the mattresses and it just kept coming and coming," Clarke said.

There's still work to be done before the Anayat House opens its doors.

RELATED: New home for families with loved ones in hospital

"But we are closer, we're very much closer," Clarke said.

Clarke said this hasn't been an easy journey, but after the damaging flood waters came an outpouring of love and support.

"Of course we were devastated as to what happened to the house, but what fills your heart so much with joy and compassion is how the community rallied around us and other agencies,"

While she's thankful for that, she can't wait to finally start helping people again.

Clarke says they are expecting to reopen their doors sometime in mid March.