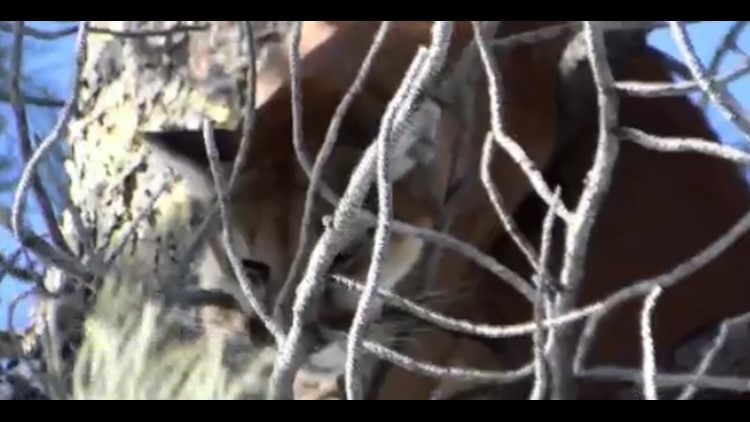 Photo by: file photo
A cougar in a tree

Study: More elk killed by cougars than by wolves in Idaho

SPOKANE, Wash. — More elk are being killed by cougars than by wolves in Idaho, a study by the state Department of Fish and Game has found.

The study also found that food availability and the severity of winter was the most important factor for elk calf survival.

"Things are usually more complicated than one thing, but it's sometimes really hard to show that," said Jon Horne, lead author of the paper and a senior wildlife research biologist at the Idaho Department of Fish and Game

He told The Spokesman-Review that the findings are also likely applicable for Washington, Montana and Canada.

The study published earlier this year in the Journal of Wildlife Management examined 15 years of data.

"The one variable that mattered the most for calf survival was how big it was," Horne said.

While researchers were able to consider the size of wolf packs on elk mortality, they couldn't do that for mountain lions, which can be difficult to count.

"We didn't have a variable like the wolf variable where we knew what the lion population size was in an area," Horne said.

In a different study published in 2018 that examined wolves, Horne found that the average pack size didn't change much in Idaho between 2005 and 2015 despite the beginning of wolf hunting seasons.

"On one side of the ledger you have a portion of the public that thinks that harvest is just going to send the wolves to extinction and that has not been the case," Horne said. "And then . there is a side that thinks wolves are taking over and they will grow without limits."

Stay up to date and get breaking news notifications: Download the KTVB news app