Jannise is one of two girls on "Ultimate Cowboy Showdown," competing alongside ten other boys. The show premieres Monday night at 8 p.m. CT on the INSP channel. 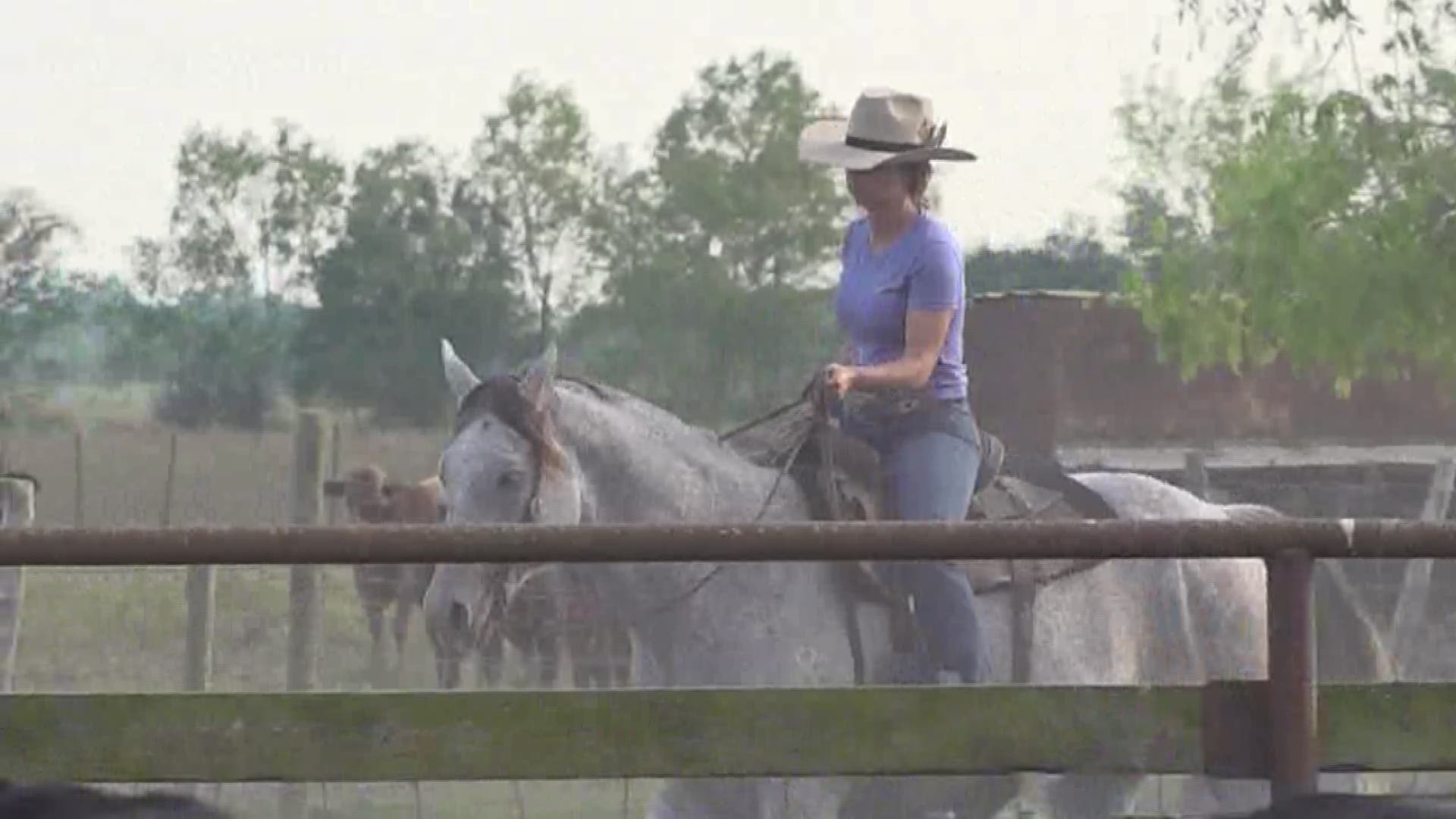 J. Storme Jannise, 27, of Hamshire, was one of twelve people selected for the show, hosted by country music artist Trace Adkins.

The life of a cowgirl is nothing new to Jannise, having lived on a ranch her whole life.

"I've always had a ranch background and I've always just enjoyed this way of life," said Jannise. "They say I was riding before I could even walk."

A friend encouraged Jannise to send in an audition video for "Ultimate Cowboy Showdown."

Yet, she didn't think she would get selected and even ignored phone calls from Los Angeles thinking they were a scam.

"I didn't really know if it was real at first because I definitely didn't think that they would pick me," said Jannise.

She eventually realized the show wanted her, which meant traveling to Alabama in May for the competition.

Jannise is one of two girls on the show, with ten other boys.

"I thought if I could be an inspiration for one little girl watching me, I mean this life isn't easy for girls especially," said Jannise. "It's not easy for anybody, but being a girl, it's a pretty male dominated industry."

Her talents on "Ultimate Cowboy Showdown" will not be the only positive thing displayed within the past month.

Jannise's drive to be a positive role model in her community could be seen back home, saving animals during tropical storm Imelda.

"It's hard work, we didn't stop for lunch very often and we were soaking wet everyday but that's part of it," said Jannise. "So many people think we mistreat our animals but we were risking our lives everyday to save them."

Jannise got the inspiration from her grandfather and began competing in ranch rodeo a few years ago.

She tells 12News the idea of a small-town girl receiving this big-time opportunity was unforeseen, but it's one she hopes everyone can ride behind.

"It'll be a good show and I think it'll be interesting for people to enjoy getting to see what it's like with the different western lifestyle," said Jannise.

The six-episode series will run each night of the week at the same time (8 p.m. CT), with the finale airing on Sunday, October 20. (No show on Saturday)

The INSP channel can be found on: