The City of Austin has launched a new pilot program called the "Workforce First Program" that cleans up city parks while employing people who are homeless. 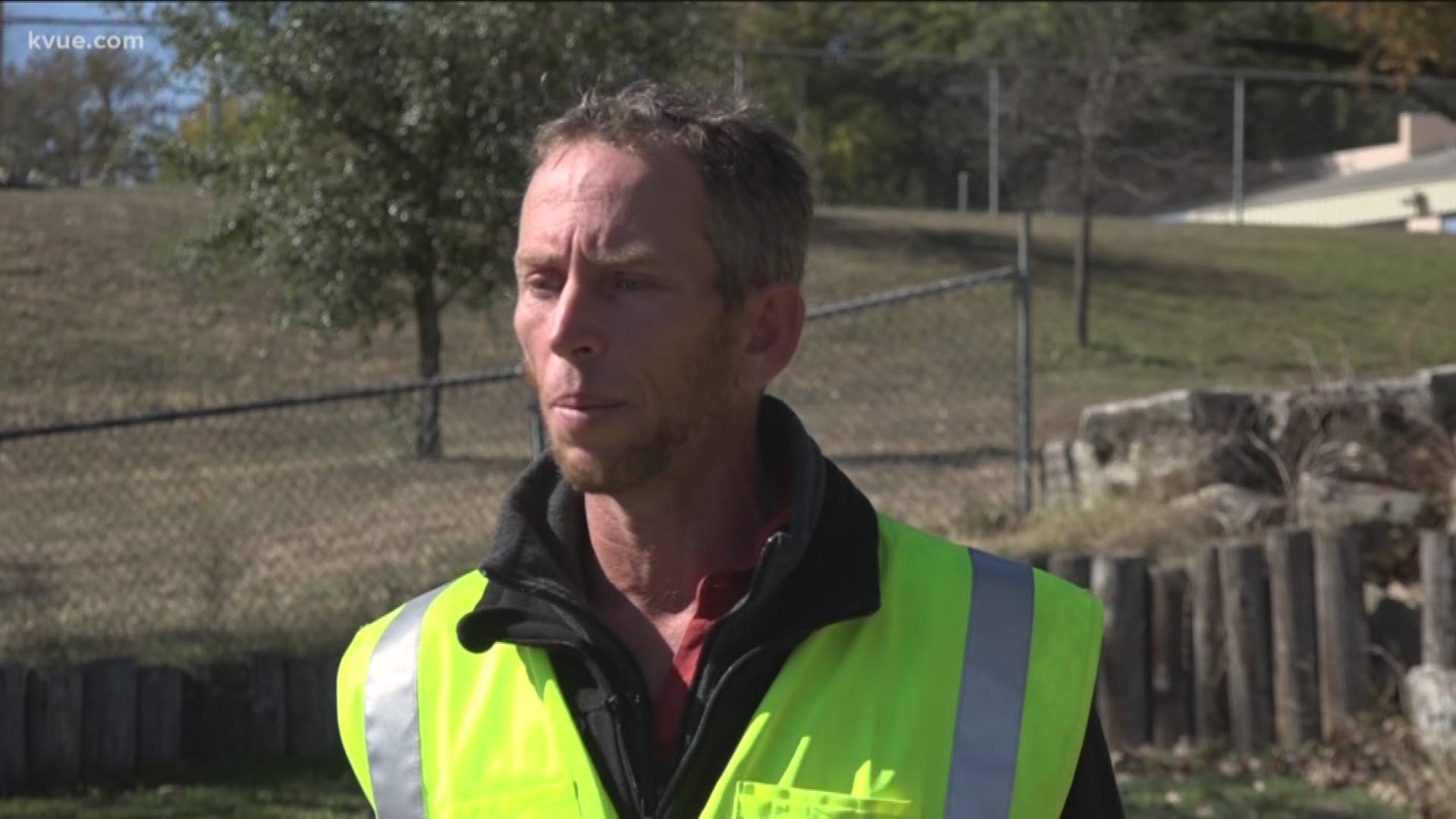 AUSTIN — On any given day, there are more than 2,000 people who are homeless in Travis County, according to the Austin nonprofit “Ending Community Homelessness Coalition.”

The City of Austin has launched a new pilot program called the "Workforce First Program" that cleans up city parks while employing people who are homeless.

"For me, I actually call it a miracle job,” Chris Rubacher, a participant of the program, said.

Rubacher works three days a week cleaning Austin's parks. He has been homeless for about a year.

"Just made some bad choices,” he said. “I have a family that's been really good to me. But I just kind of...I didn't want to be a burden on them anymore, so I just kind-of went off on my own."

Baker is the director of "The Other Ones Foundation." He organized this pilot program, along with Family Eldercare and the City of Austin.

"This isn't busy work,” Baker said. “The work they're doing is really serving the community."

"The most important thing is for us to be able to break the cycle,” she said. “And provide them with opportunities -- and I am so thrilled with the results so far.”

Forty nine people so far have cleared thousands of yards of debris and cleaned graffiti. About half of them work in the program consistently.

Crews of five to eight people meet at Sunrise Church every morning. Transportation, lunch and counseling is provided.

Participants get paid $15 an hour.

Baker said the program is at capacity and dozens more are wanting to work.

Baker helps because he was once homeless himself.

"This is really like a panhandling alternative program,” he said. “And I know what that feels like. I've been there."

To be working again, for Rubacher --

He said he has always loved working outdoors.

"The two people that run it here, Chris and Joe, are phenomenal,” he said. “I'm not just saying that because of the camera there. They're really cool guys."

The program connects participants to housing and other social services.

RELATED: The story of a former Austin ISD student who went from homeless to hopeful

Organizers are looking to expand the program by partnering with private organizations.

The parks they service are near Ben White and along the lake downtown.

If you would like to see this program come to your neighborhood, get in touch with your council member.