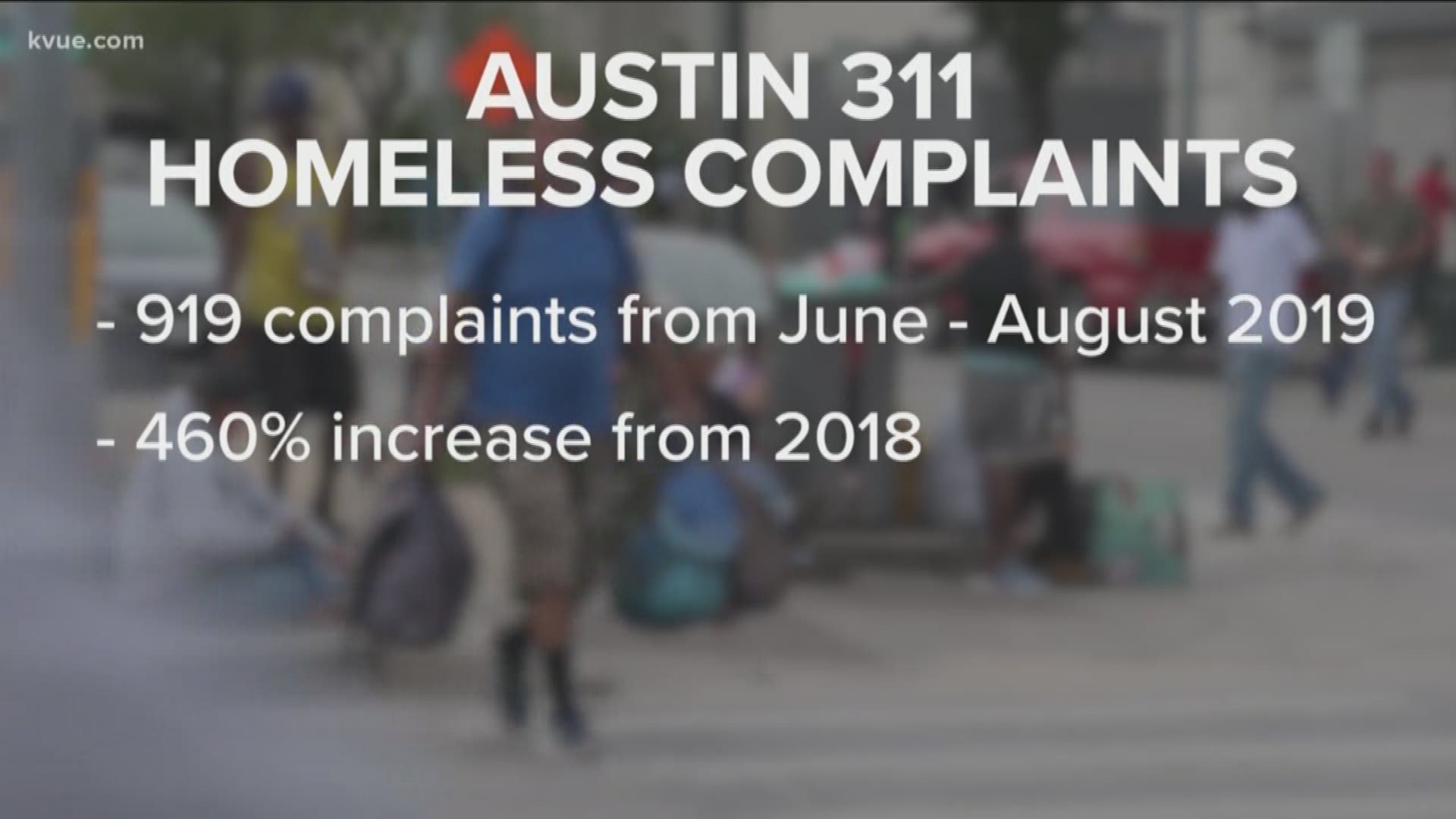 AUSTIN, Texas — There's a new way to report a safety issue or concern related to homeless. The city is launching a homeless hotline.

It's a way to manage all the calls they're getting and also connect those in need with the proper services.

KVUE reported on Wednesday that calls to 311 have spiked since the city council relaxed the rules, with more than 1,600 complaints mentioning homeless people.

The City said it is still working out the details but hopes it can be used to collect data and connect those in need with the appropriate resources.

Back in August, KVUE reported a surge in complaints to Austin 311 involving homeless people. Now, about a month-and-a-half later, new numbers show people are still calling in a record number of those complaints to the City.

Mayor responds to spike in 311 calls at fourth homeless forum

During the last count in August, officials with Austin 311 revealed the City received 919 complaints since the camping ordinance passed. That was about 460% more complaints than that same time in 2018.

Since that update, less than two months have passed and people have already submitted 706 more complaints about homeless individuals.

According to officials with Austin 311, people filed 102 complaints mentioning “homelessness” or “transient” in 2018. That means there was approximately a 592% increase in those complaints between last year and this year.

To be clear, Austin 311 did not specifically track homelessness in 2018, so requests with keywords "homelessness" and "transient" could include other complaints, like "homeless animals."

Of the 706 recent calls mentioning the homeless, about 180 of them were feedback about transient camps.

City officials still encourage people to send in complaints about homeless issues to Austin 311. You can find more information about how to submit those complaints on Austin 311's website.

WATCH: What Austin's homeless go through sleeping on streets at night

For even more stories on Austin's homeless, go to KVUE.com/homeless.