You can continue to cool off your home without paying hot prices! 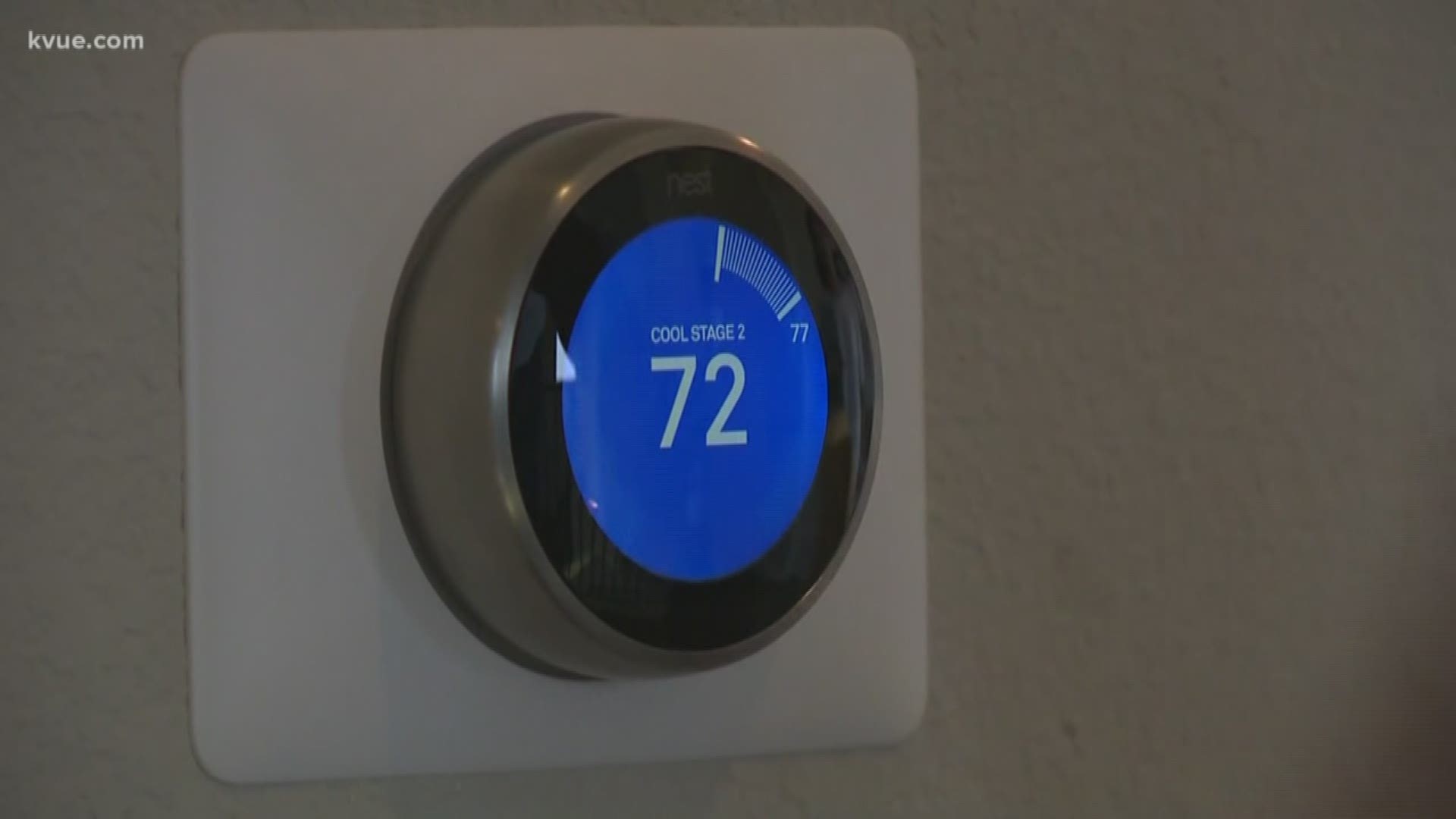 AUSTIN — With record-setting temperatures like we've seen in the past few weeks, a lot of us are cranking up the AC, but that can put strain on the power grid and drive up our energy bills.

"You can't be out here for more than like 10 minutes without sweating," said one park goer Wednesday.

"To me, it's like when you open the oven and you just feel the heat," said another.

In fact, both ERCOT and Austin Energy say customers set an all-time peak demand record in the past few days, part of that due to the increasing population.

"The peak demand is important because that's what strains the grid," said Michael Webber, the deputy director of the Energy Institute at UT.

He said Texas is unique because it has its own power grid. In the U.S., there's one for the East, for the West and Texas.

According to Webber, air conditioning accounts for about 50 percent of the peak demand usage.

"There is a risk of these blackouts, which is problematic, it's expensive, it's annoying, it's disruptive, but we've got a few steps before we're there, and so far it looks like we're hanging in there," said Webber.

"I think we're in a good place," said Debbie Kimberley with Austin Energy.

If you've seen your power flicker on or off in the past few days, Kimberley said it's more likely due to equipment overheating than a system failure, but even then she says that's rare.

"We haven't really seen it on any wide-scale basis," said Kimberley.

But she said it is important to keep usage low for the grid and your pocketbook. First, she suggests turning up your thermostat to 78, and when you're not home, 85.

"That will save you money right there. Why cool an empty house to 73 degrees," said Kimberley.

She suggests turning off lights and fans when you're gone, changing your air filter every month, planting shrubs around your AC unit, closing drapes and blinds, cleaning your refrigerator coils, and waiting to run a dishwasher or clothes dryer until nighttime around 10 p.m.

If you're an Austin Energy customer, you can download their app that shows you not just how many kilowatt hours you're using, but how many dollars you've spent. Kimberley says that can help you control your energy use so you're not surprised by your bill.

They also have a power partner thermostat program. If you get a smart thermostat, where you can control it via WiFi, you can get a rebate for enrolling in their voluntary program. It allows the city to adjust your thermostat by a few degrees during peak hours between 4 and 6 p.m.

Webber said ERCOT has three phases: alerting people to save energy, asking industrial partners to shut down during peak hours, and then rolling blackouts.

"It's worthy of concern, but it's not worthy of panic right now, we have things we can do to manage it," said Webber.