Butts was one of two young men to die in a fatal dirt bike crash in Orange County on December 20. One of his friends, Colby Cooper, 21, being the other. 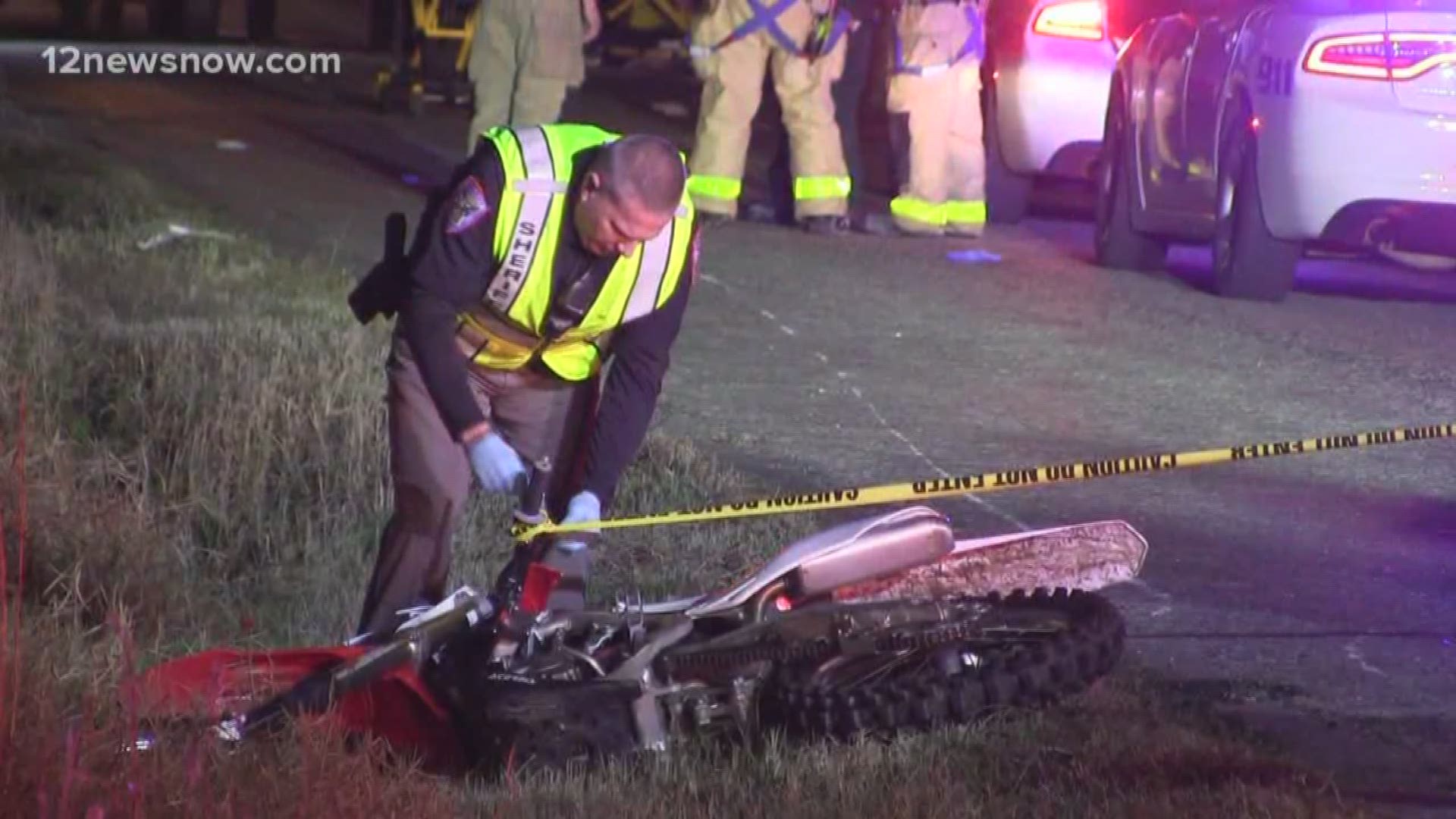 VIDOR, Texas — Hundreds of family and friends showcased their love for one teenager Saturday, the best way they knew how.

Instead of mourning the loss of their youngest son, Butts' parents Jay and Chelyn wanted to celebrate the impact Lance had on his community.

"His passion was hunting and Jesus," Butts' mother Chelyn said.

To honor their son's adoration, Butts' coffin was put in a camouflage duck boat outside Turning Point Church in Vidor, where it would be taken to a nearby cemetery Saturday morning.

There, dozens showcased one last duck call for their beloved friend.

Many people could be seen shedding a tear during the ceremony, but all were glad to have been a part of Butts' life.

"His laughter, his enjoyment. Every time I saw him, he just always had a smile," Butts' friend Joshua Mayo said. "He's just like me, we grew up from diapers to daycare to bull riding...I love his whole family."

Jay and Chelyn tell 12News it's heartbreaking to lose a child, but choosing to remain positive is what embodied their son.

"Lance celebrated life everyday, he lived it to the fullest," Chelyn said. "That was Lance, he would not have anybody be sad."

As they lay their son to rest, the Butts family has a message for parents.

"Love your kids, share the word of God with them," Butts' father Jay said. "Get him in their hearts and when they pass, you'll know where they're at."

Butts was one of two young men to die in the fatal head-on crash, 21-year-old Colby Cooper being the other.

A separate ceremony for Colby was held later in the day.

The night before, viewings for both Butts and Cooper were held at Turning Point Church.

So many people came to pay their respects, that the line wrapped around the church.