Hard work is blossoming for a Beaumont young man, who hopes this brand new futsal court encourages the youth to avoid crime and find a hobby in sports. 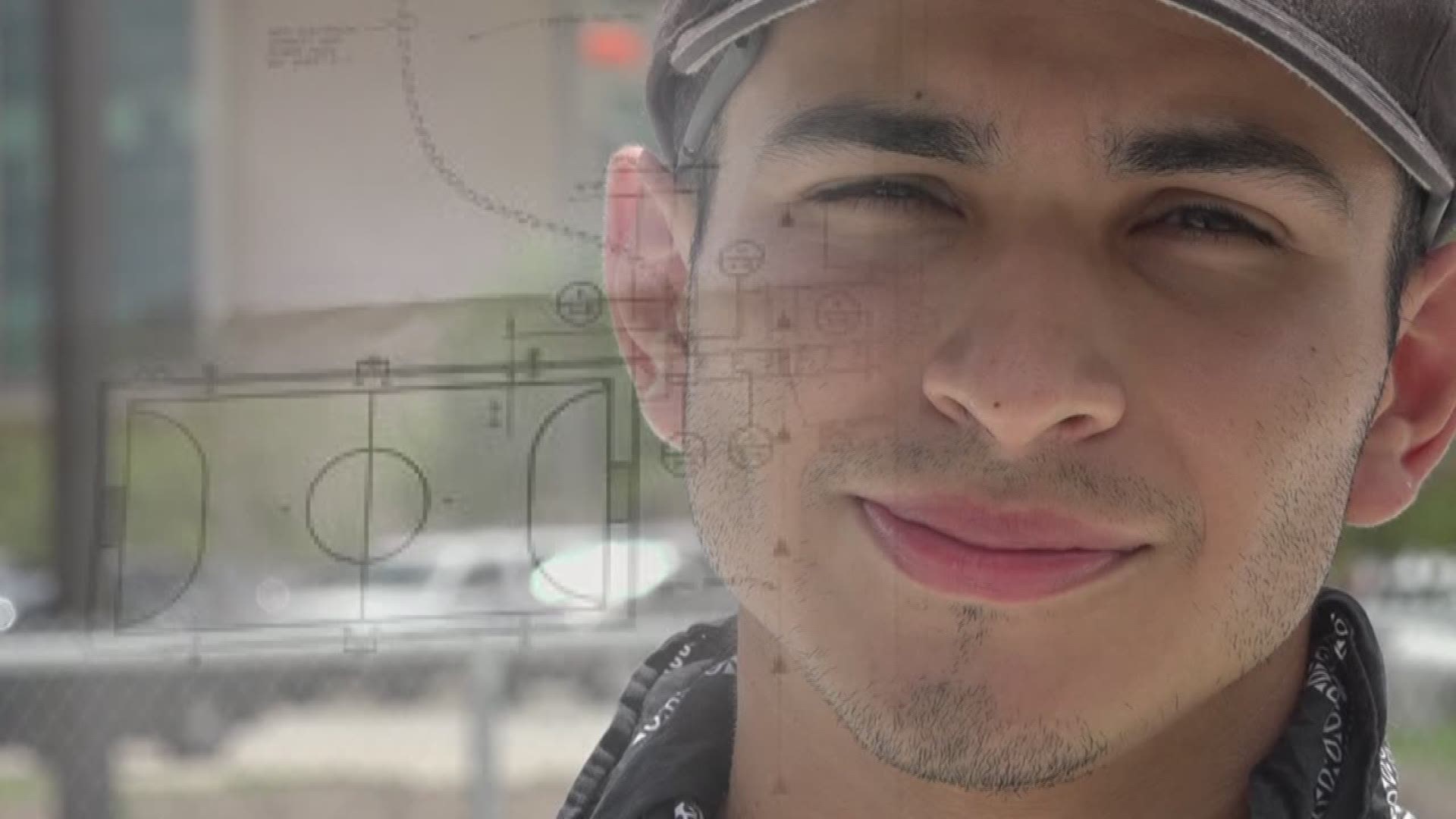 Hard work is blossoming for a Beaumont young man, who hopes this brand new futsal court encourages the youth to avoid crime and find a hobby in sports.

"This is a cage that you want to step into," says Marco Hernandez, 23 from Beaumont.

It's not a jail cell it's a futsal soccer court.

"There are other cages out there where people want to get out, this one, you can come in and out anytime," He says.

What started off as an idea while coming back from a study abroad trip, it quickly turning into a reality.

"This is the petition that started it all,"
Marco Hernandez recalls the first moments while advocating to build a Futsal Court in Beaumont. pic.twitter.com/Kg8kWr5j3G

"I came back and started putting the pieces together, then we presented it to the city council," Hernandez says.

It might look like a slab of gated concrete right now, but the City of Beaumont has been working on this for several months.

The Futsal court budgeted for about $110,000, and it will become the first futsal court in the city.

"Knowing that so many crimes have been going on, it feels good to see that the city is reaching out to the community," Marquita Moore says, Beaumont Resident who regularly goes to Beaumont Central Park.

For Hernandez, it's a method of combating crime by giving others the opportunity to find a passion through sports.

"Having this productivity and the power of the sport can help the people here you know," Hernandez says.

The City of Beaumont tells us that the court will be free of charge to the public.

The court is expected to be completed by the beginning of August.