Plates are $12.99 but the owner pleads for people to come regardless if they have the money or not. 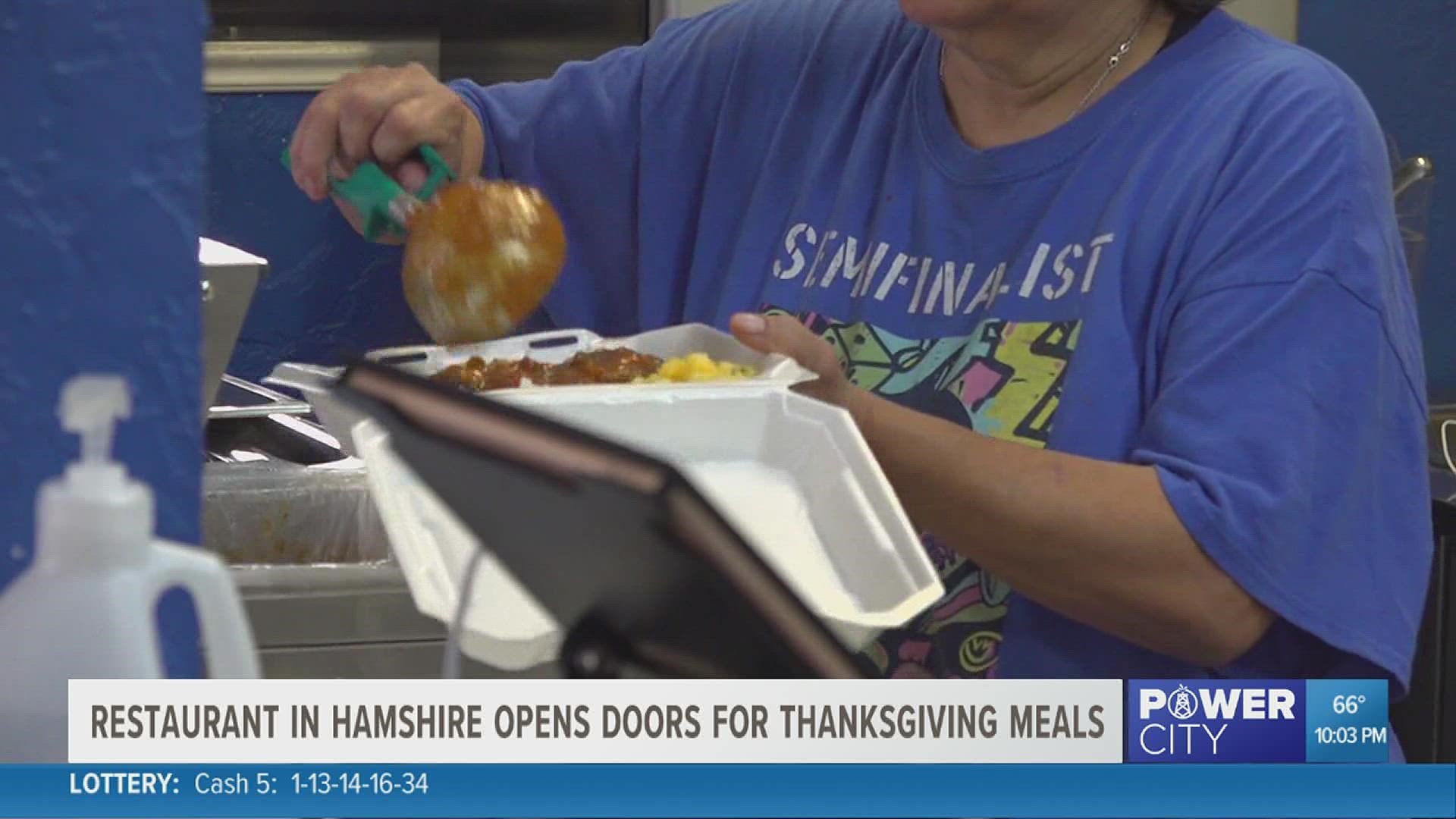 HAMSHIRE, Texas — A restaurant in Hamshire that's only been open for six weeks has already found a way to give back.

Owner Emil Serda says it's their duty to serve the community and that's just what they plan to do on Thanksgiving day.

Serda says his business staying open on Thanksgiving day isn’t something that’s normally done in small towns, but he said he just wants to make sure people have a meal to be thankful for.

“I’m going to fry a couple turkeys, and we're going to have probably two or three pans of dressing, homemade dressing,"  Serda said.

Fried turkey and homemade dressing are just the beginning of what he is preparing to serve guests on Thanksgiving day.

"So for those who can’t go anywhere, or don’t have anywhere to go due to family issues or whatever, then yes, then we are here, we are open," Serda said.

Serda decided to stay open on Thanksgiving because he's away from family. By keeping the doors open, he hopes to create a place for the community to come together.

"Why not open up here and for those who are less privileged at this point or can come and eat then I want to feed them. I don’t want anyone to go hungry,” Serda said.

Plates are $12.99 but Serda pleads for people to come regardless if they have the money or not.

"Just tell me 'Hey I saw your ad, were not in a position to pay.' That’s fine. I’m going to treat them like they did pay, there’s no difference," Serda said.

Cooyo's will be open on Thanksgiving from noon to 3 p.m., and Serda wants you to come and have something to be thankful for.

"That’s the whole objective, thank God for what they have, enjoy what we can give them, and just have a great day and that it’s all about family, friends, and love. that’s all it's about,” Serda said.

For anyone in Southeast Texas that can’t leave their home, Serda said he would love to bring a plate to you. He also said if they start to run out of food, he'll fire up the grill and start cooking some hamburgers.