After experiencing a heavy downpour of rain a few weeks ago that led to flooding, they're just hoping they're not preparing for another round. 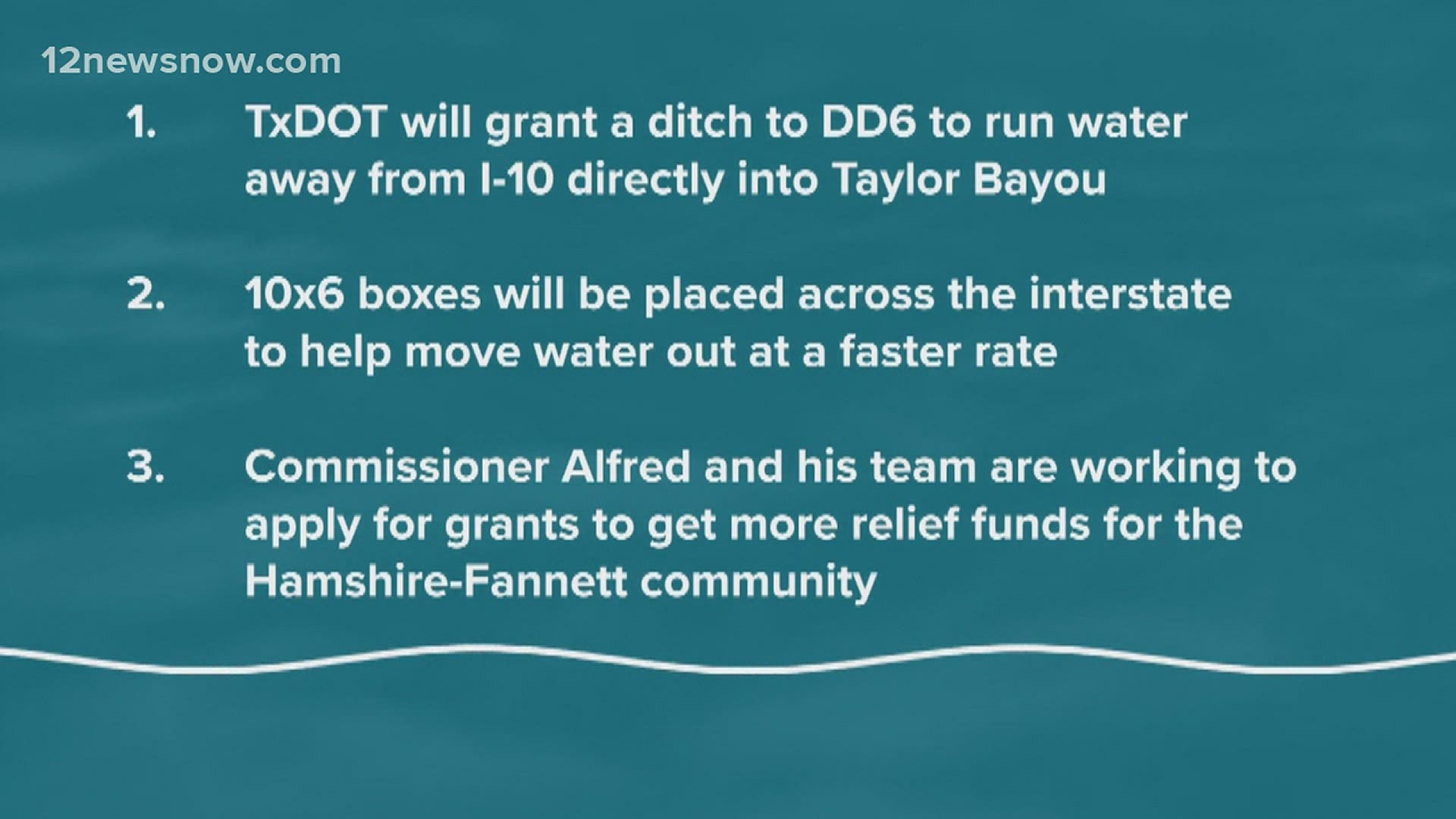 BEAUMONT, Texas — Another round of rain brings flooding anxiety to Hamshire-Fannett. It's a community that's become accustomed to flooding every time it rains.

Some are still recovering from the rainstorm weeks ago. Families are bracing once again in the Hamshire-Fannett community.

After experiencing a heavy downpour of rain a few weeks ago that led to flooding, they're just hoping they're not preparing for another round.

“We stay out here 40 Some years and suddenly we had, We had three floods. And matter of three years," said Hamshire-Fannett resident Jack Bell.

“We're hoping that it'll go another way. You know you can hope,” Bell said.

Bell says all it takes is isolated showers.

“If we get 1012 inches of rain, we're looking at flooding conditions,” Bell said.

And he's back to the drawing board of lifting and repairing his floors once again.

“That's rough to think about, but it could happen. And it's very much a reality here and so we don't know yet what would do,” Bell said.

But, he knows what he would like for officials to do.

“Yeah, it would be nice if they would get to these ditches dugout and things. They could not maybe change it, but they can make it better,” Bell said.

A few other solutions include:

Commissioner Alfred and his team are working to apply for grants to get more relief funds for the Hamshire-Fannett community.

Bell hopes these solutions come sooner rather than later because another flooding déjà vu moment is not something he's willing to go through again.

“You just got to live with some of the things that you don't like,” Bell said.

But having a flood every two years, is not something that we're going to take.

In the meantime, Bell says he's looking into getting his house lifted to prevent water from getting in his home again.