A deck-like structure extended off the sidewalk could provide more outdoor seating options in areas across Dallas, if City Council approves. 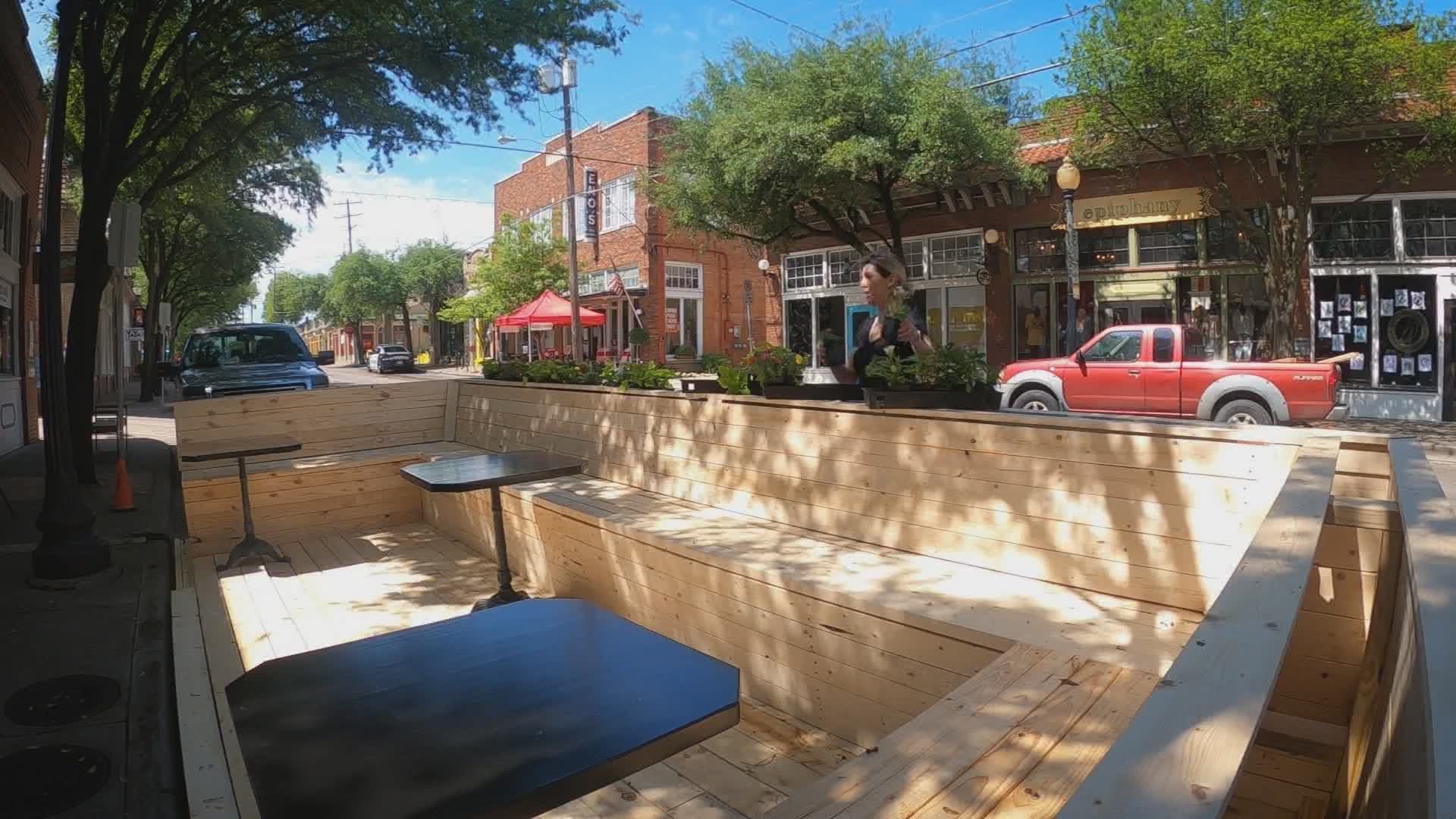 DALLAS — A large wooden structure off the sidewalk in the 400 block of N. Bishop Avenue in Dallas is catching some attention.

Organizers with the nonprofit The Better Block call the structure a "parklet." Their team built the deck-like structure off the sidewalk, in the parking lane of the street. They describe it as an option for expanding outdoor seating.

"Basically, we’ve taken a parking space and converted it into an outdoor café setting," said Jason Roberts, who owns Revelers Hall and is the founding director of The Better Block. The parklet was built outside his restaurant.

"After the city said we could open to 20 percent occupancy, we were still uncomfortable with having people go inside the restaurant. So, we thought we’ll focus on the outdoor environment," Roberts said.

Credit: Demond Fernandez
The Better Block has built a parklet to create additional dining seating in the Bishop Arts neighborhood.

Like neighboring shops, Roberts said he’s tried setting up café tables outside since recently reopening. However, the problem is the sidewalk along North Bishop is narrow, and some business owners say that makes proper social distancing a challenge.

”We thought maybe the better idea would be to look at this parklet model,” Roberts said. “We’re sitting in a space that’s typically a valet space, and valet has been closed.”

Organizers say a lot of thought, design and planning went into the idea. The Better Block and its urban planners have studied and built a variety of parklets across the country.

Roberts said the City of Dallas has been trying to figure out how to incorporate them in some areas. He said the coronavirus pandemic is making some city leaders look for more opportunities to provide retail and restaurant experiences outdoors.

Neighboring businesses are sharing the parklet in Bishop Arts.

"It’s great, right now, for the distance for the customers and take a seat and eat their breakfast," said Jonathan Ortiz with El Jordon Café.

Roberts described the parklet outside Revelers Hall as a temporary model. He said it was built as a demonstration for Dallas City Council as they begin discussing the concept in two weeks.

"If all goes well, and they like the design, we could see the city adopting this as a template and rolling them across the board," Roberts said.