A group of county judges, representing Jefferson, Hardin, Orange, Jasper and Newton counties met Tuesday evening to discuss the possibility of a 'stay at home order. 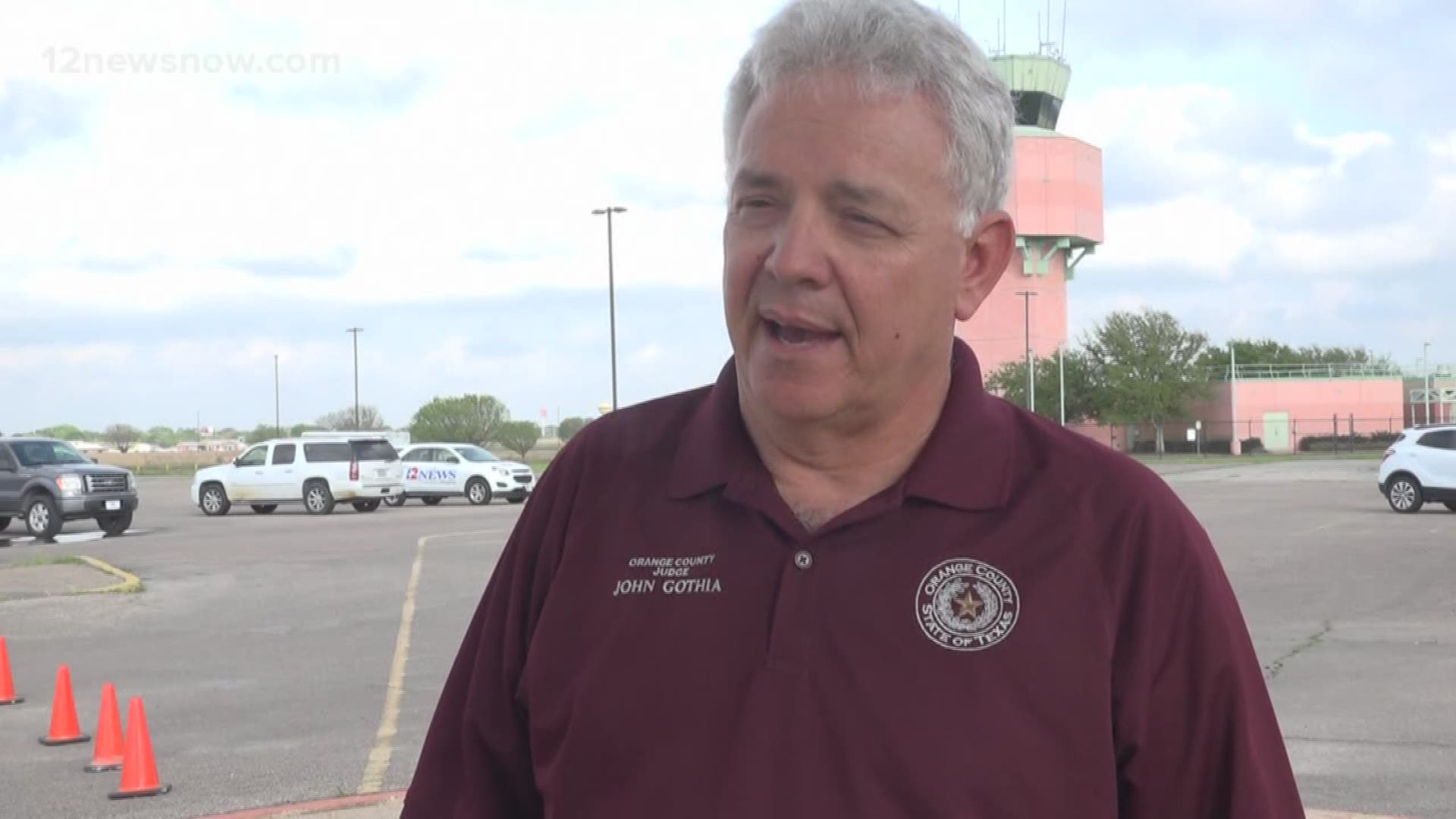 BEAUMONT, Texas — On Tuesday, Texas Governor Greg Abbott remained firm with his decision not to issue a statewide 'stay at home' order.

He wants to give Texans time to adjust to the rest of the changes, before adding another one.

Orange County Judge John Gothia spoke to 12News Monday about what it would take to bring about a stay at home order.

"For us, it would take a large uptick in the number of cases that we have that are positive. We don't see that right now," Gothia said.

A group of county judges, representing Jefferson, Hardin, Orange, Jasper and Newton counties met Tuesday evening to discuss the possibility of a 'stay at home order.'

Nothing was decided, but on the state level, the Texas Democratic caucus believes it's time for Governor Abbot to make the order statewide. Fornow, Abbott disagrees.

RELATED: Gov. Greg Abbott: Statewide shelter in place 'not appropriate' at this time

"We are maintaining the standards that are established by the CDC and by the lead doctors in response COVID-19," Abbott said Tuesday.

Leaders in 15 counties have issued 'stay at home' orders.

Most of the orders have the same premise: don't leave your home unless necessary.

In Harris County, people can't leave home unless it's essential. Picking up food or going to work is considered essential. Grocery stores, gas stations and restaurants will remain open.

Judge Gothia seems optimistic that no order will be required here.

"We hope we don't get to that point, we certainly don't want to. If we don't see a level with a really big rise in that, than we're going to continue what we're doing," Gothia said.

McDaniel told 12News everyone in Tuesday's meeting will go to bed, pray and think about whether to issue the order and meet again in the morning. An announcement about the decision made is expected by noon on Wednesday.

What is an essential employee or business? 'Stay Home Work Safe' order issued for Houston