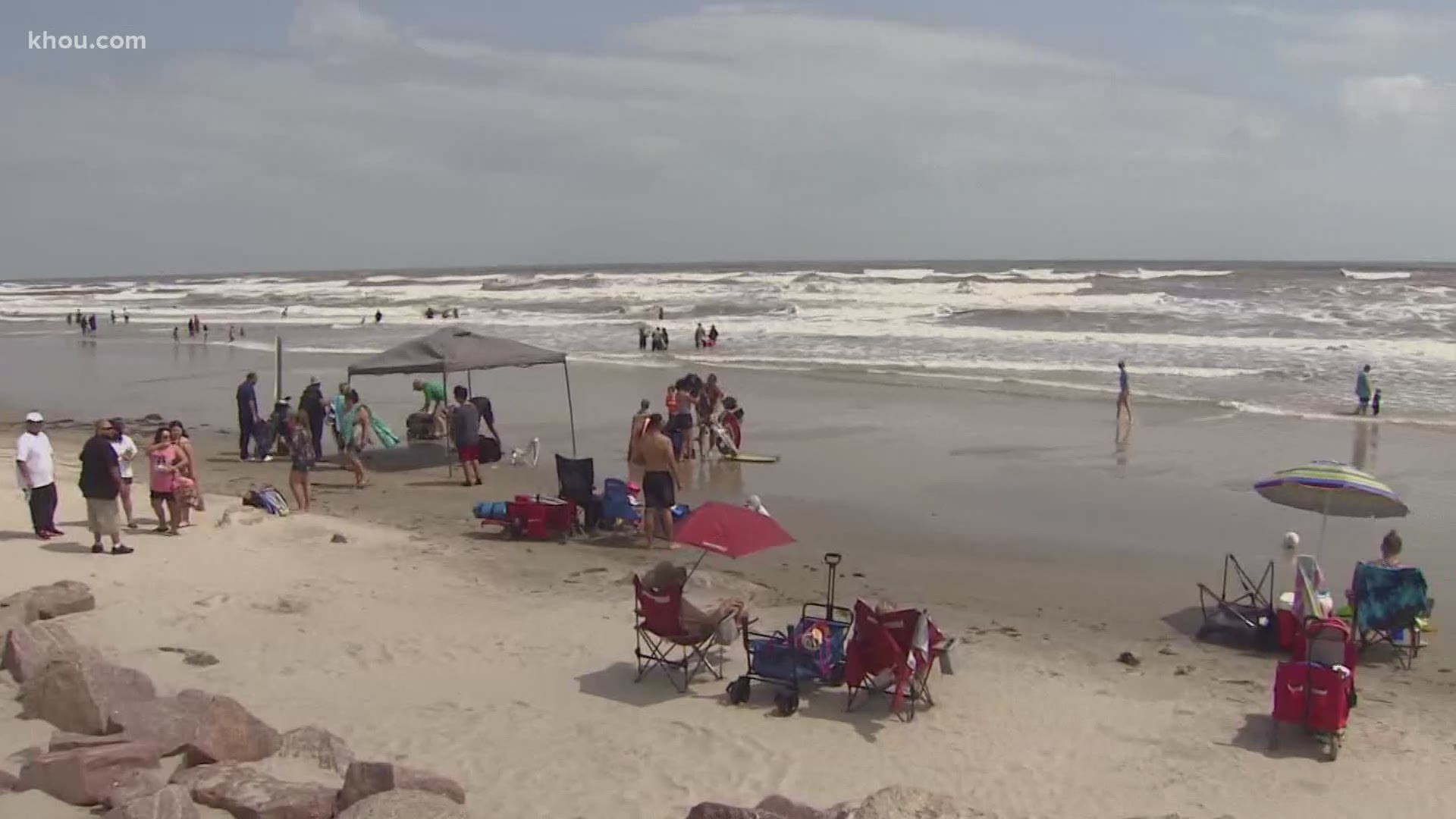 Tropical Storm Beta is brewing in the Gulf of Mexico and is expected to cause flooding along the Gulf Coast.

The concern on the island appeared to be relatively low compared to the sentiment ahead of Hurricane Laura a few weeks ago.

The Galveston Beach Patrol canvassed the beaches at approximately 6 p.m., telling swimmers it was time to return to land as the tide rose higher.

Saturday evening, the Galveston ferry announced that they will not be carrying vehicles from Galveston to Bolivar. However, they are still bringing vehicles/ passengers from Bolivar to Galveston.

Temperatures in the low 80s and sunny weather brought droves of visitors to the beaches on Saturday.

“Anyone who feels like they cannot survive three days, they don’t have enough food, they need an electrical device, we don’t anticipate issues with an electrical grid but we can’t assure that because we’re basing this off of low confidence forecast,” Galveston County Judge Mark Henry said.

Henry issued a voluntary evacuation recommendation along with a state of disaster declaration.

Matagorda and Chambers Counties have both issued disaster declarations as well.

At the Kroger on seawall boulevard shoppers stocked up before the storm..

RELATED: These are the cities and counties that have issued voluntary evacuations for Beta

Galveston officials say they are forecasting roads may be closed due to high water and there may also be  power outages.

But as with every storm in the Gulf, nothing is certain.

“The challenge is we’re taking a weather forecast and trying to make good public policy out of it but my policy is only as good as the forecast and they tell me it’s not very good so I’m trying to do the best I can with a low confidence level,” Henry said.