Fishermen not the only winners at Bassmaster Elite Series in Orange

Nearly 40,000 people showed up for a record-setting four day tournament. 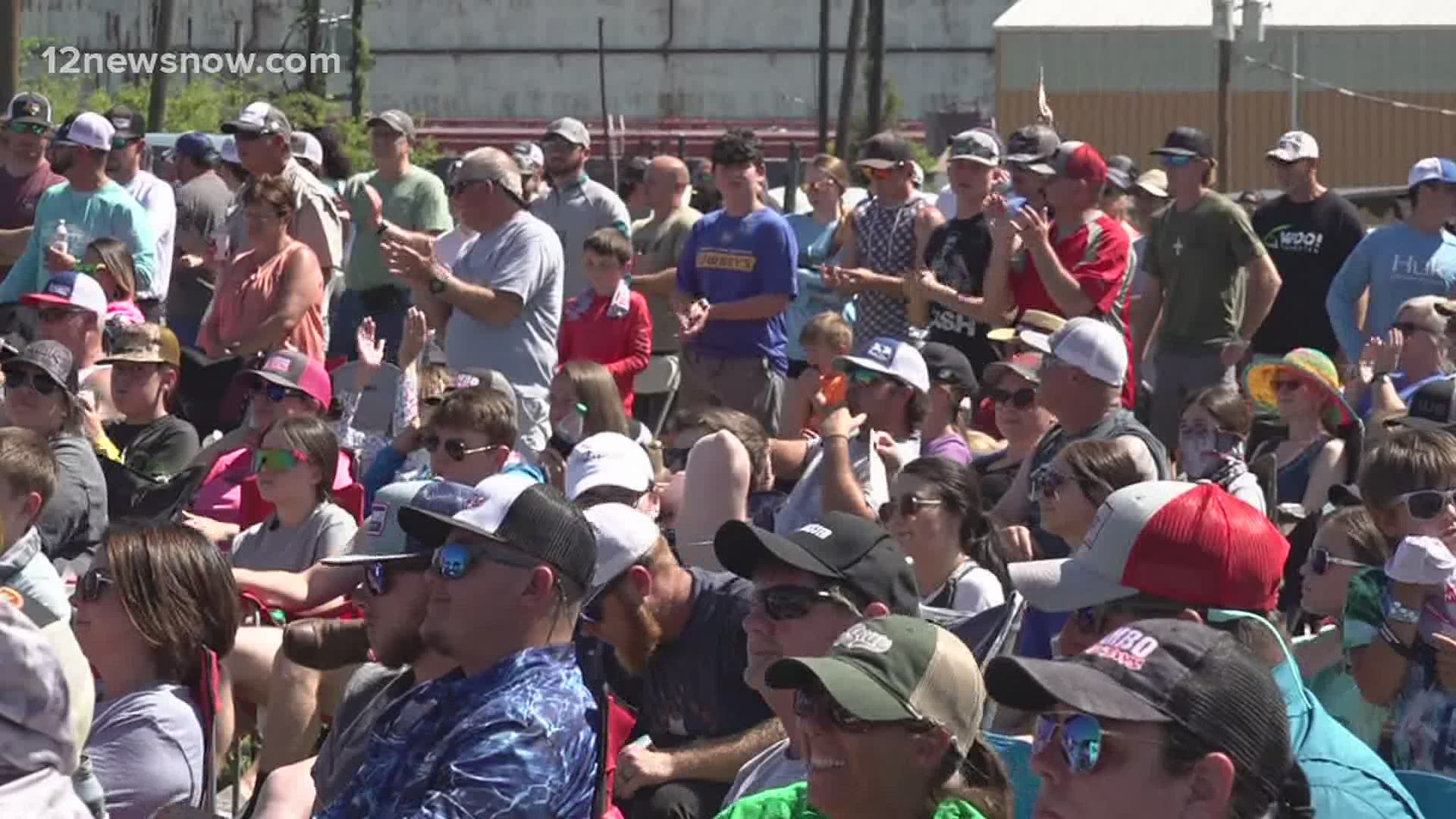 ORANGE, Texas — The fish were biting at the bassmasters elite tour in orange as anglers from across the U.S. packed the Sabine River for a chance to go home a winner.

While Oklahoma native, Jason Christie, who finished with just over 43 pounds of fish, actually won the tournament, the Orange community also won big.

This year's tournament probably meant more for the Orange community the the fishermen as the tournament, that brings in a lot of revenue to the city, was cancelled last year due to the pandmeic.

This year people showed up in full force and it was a welcome sight for organizers and vendors.

For some it might just be a fishing tournament, for others it's an opportunity to make up losses during the pandemic, while also enjoying a sense of normalcy.

Nearly 40,000 people showed up. for a record setting four days at the tournament.

The tournament, one of the area's biggest events tossed a life-jacket to some businesses struggling during the pandemic.

Many vendors, like Big Daddy's, reeled in a lot of business over the weekend by baiting their hook with burgers and ribs.

The tournament was canceled last year due to the pandemic.

Bassmaster elite organizers had originally planned to have the event in August this year but when Governor Greg Abbott lifted covid restrictions statewide they moved the event up to April.

The move allowed for vendors like Big Daddy's to set up shop a few months earlier.

"This pandemic has took a toll on a lot of people and coming out and still social distance and stuff and just coming out trying to have a little freedom, this is good for everybody," Scruggs said.

Traditionally, bassmaster events bring at least $1 million to cities across the country according to a tournament spokesperson.

Local organizers expect that figure to be slightly higher this year.

"Over a one week period we've had about $2.5 - $3 million in local revenue that's generating in our local businesses, whether it's been restaurants, gas stations, hotels and others," said David Jones, co-chair of the Bassmaster Series.

The tournament marked the fourth of the season and brought a sense of relief for many as it came to a close  on Sunday..

"Things have been a success. Every business you got have a minor setback but everything's been alright," said Scruggs.

The final revenue total for this year's tournament won't be known until later this week.