Two or three men were seen leaving Eddingston Court before the fire according to a tip, fire marshal Paul Washburn received.

Crews were called to Eddingston Court in the 3300 block of Procter Street just after noon when a caller reported that the building was on fire according to Fire Marshall Paul Washburn of the Port Arthur Fire Department.

The fire was burning in one of the four multi-story apartment buildings and at least 25 firefighters were working to keep the fire from spreading to other buildings.

The property consists of a house and four apartment buildings that were built in the thirties. 12News spoke with a local historian on Tuesday about its history.

It was built by sea captain Ambrose Eddingston, who came to Port Arthur from the Cayman Islands. It was originally built to house teachers, and ultimately housed dozens of other locals. Former Lamar State College Port Arthur President Sam Monroe lived there at one time.

Perhaps the most identifiable piece of the property is the wall of conch shells, thousands of them that ran along the front entrance near Procter Street.

Eddingston Court has been abandoned for the past decade and no one was inside when blaze erupted.

The fire was very “advanced” when firefighters arrived and according to Washburn.

Two or three men were seen leaving the vacant building before the fire according to a tip Washburn received.

Washburn is looking for anyone with information about the fire and mentioned the possible cash reward for information.

The property was listed on the National Register of Historic Places in 2004.

Track the rain with the 12News StormTracker radar 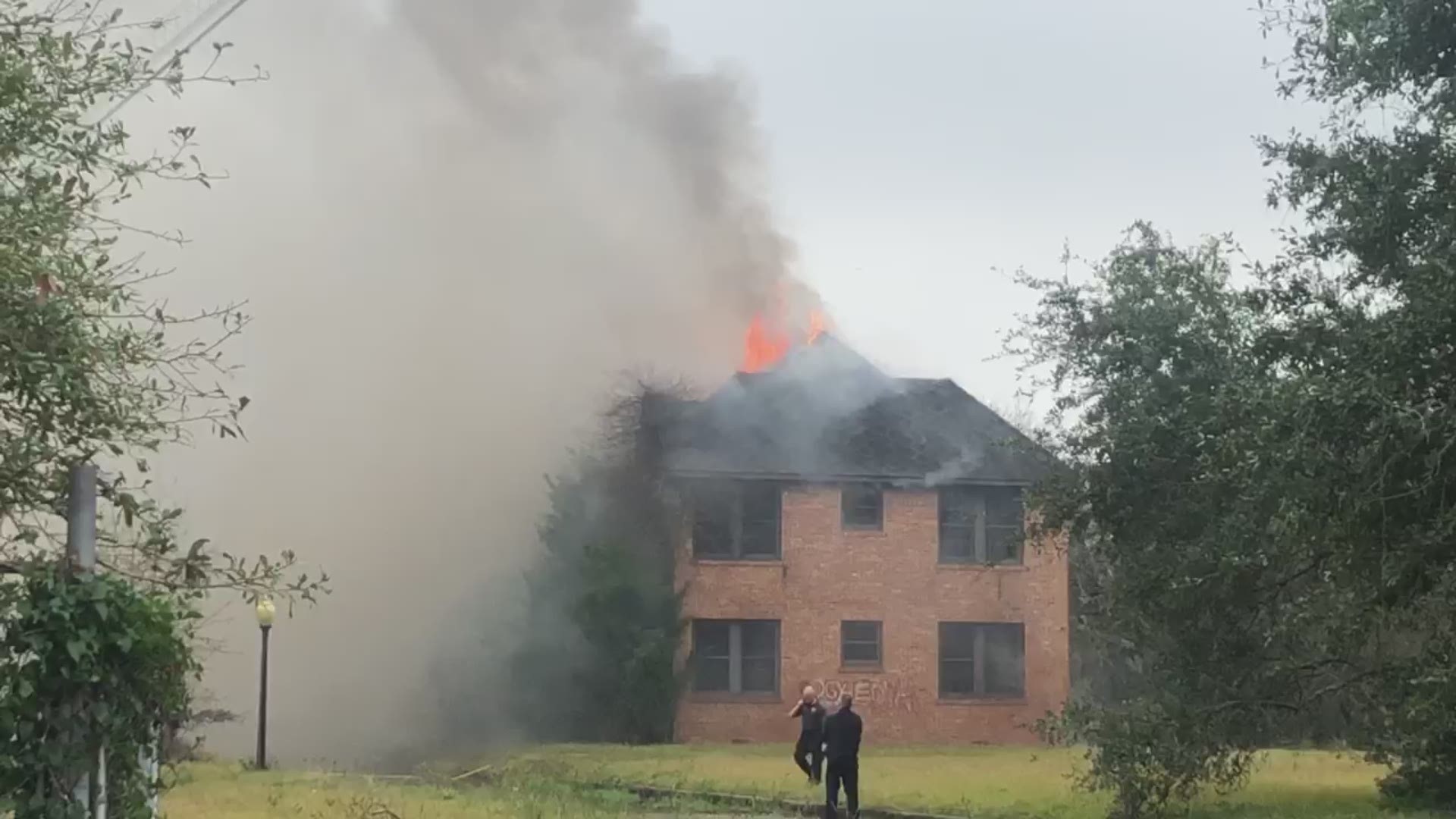