Three hours later firefighters were still on the scene of the fire where no injuries have been reported. 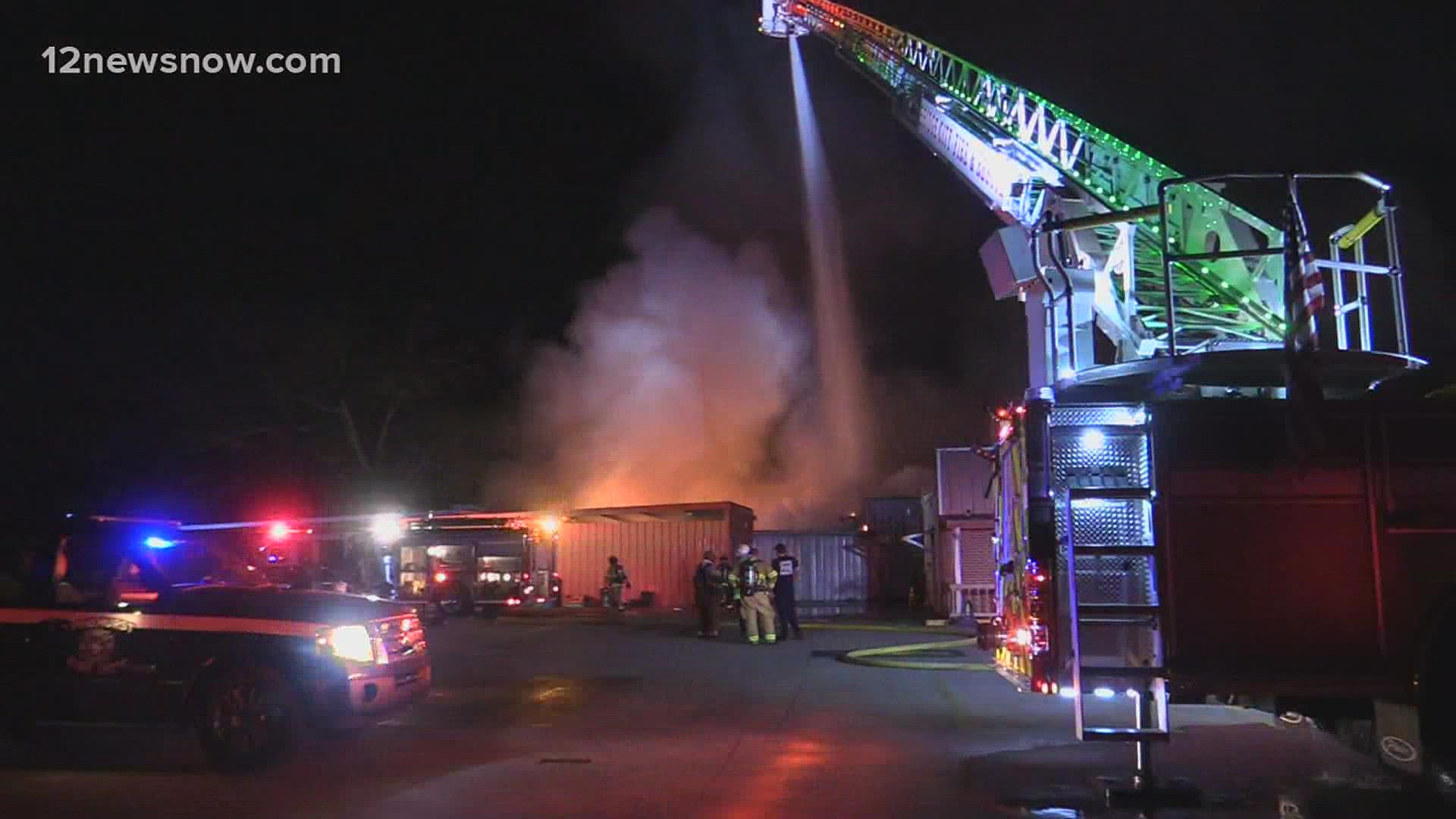 Firefighters were sent to the 3000 block of West Park Avenue in Pinehurst after the fire was reported at Robert's Meat Market and Steakhouse at around 3 a.m.

Three hours later, firefighters were still on the scene of the fire where no injuries have been reported.

The Orange County community is devastated knowing that they won't be able to stop in for their favorite meals at a restaurant that has served them for generations.

Robert's Meat Market and Steakhouse has long been a staple in the Orange community.

"I know that this place is like an institution in Orange. It's been here forever," customer Anitra Perry said.

Early Thursday morning, Robert Ramirez received the call no business owner ever hopes to never get.

For the time being the community will be left without one of it's favorite spots.

"Being a small town like Orange, it's not a whole lot of places you know with a variety of things to eat in that nature, and it's like, pretty much the only meat market,” Perry said.

The kitchen, smoke room, and offices were damaged by the fire, but Ramirez said his worries go beyond the building itself.

"I have insurance,” Ramirez said. “[We’ll] probably recover most of it to replace everything, but how about my employees payrolls. I got around 50 employees."

Fire Chief Edward Castillo said the catalyst for the fire is still under investigation, but he's happy with the initial response from his crew.

"I think we reacted awesome,” Castillo said. “We got the engine here quickly. Mutual aid came. As soon as I saw what I was facing, I called immediately and since we've got people here we've been on it."

Ramirez is keeping an optimists attitude and said he is planning for a full recovery of the business.

"I’m not going to sit down and cry that’s for sure,” Ramirez said. “We've gone through floods and hurricanes and pandemics, and now this. So, were fine. We'll survive."

A post on the restaurant's Facebook page stated said "We will recover but we will be closed for a while. No one was hurt thankfully."