Watch: Firefighter saves dog from truck hours after deadly pileup in Fort Worth on I-35W

A dog that was rescued from a wrecked car involved in the I-35W accident in Fort Worth has been reunited with family, officials said. 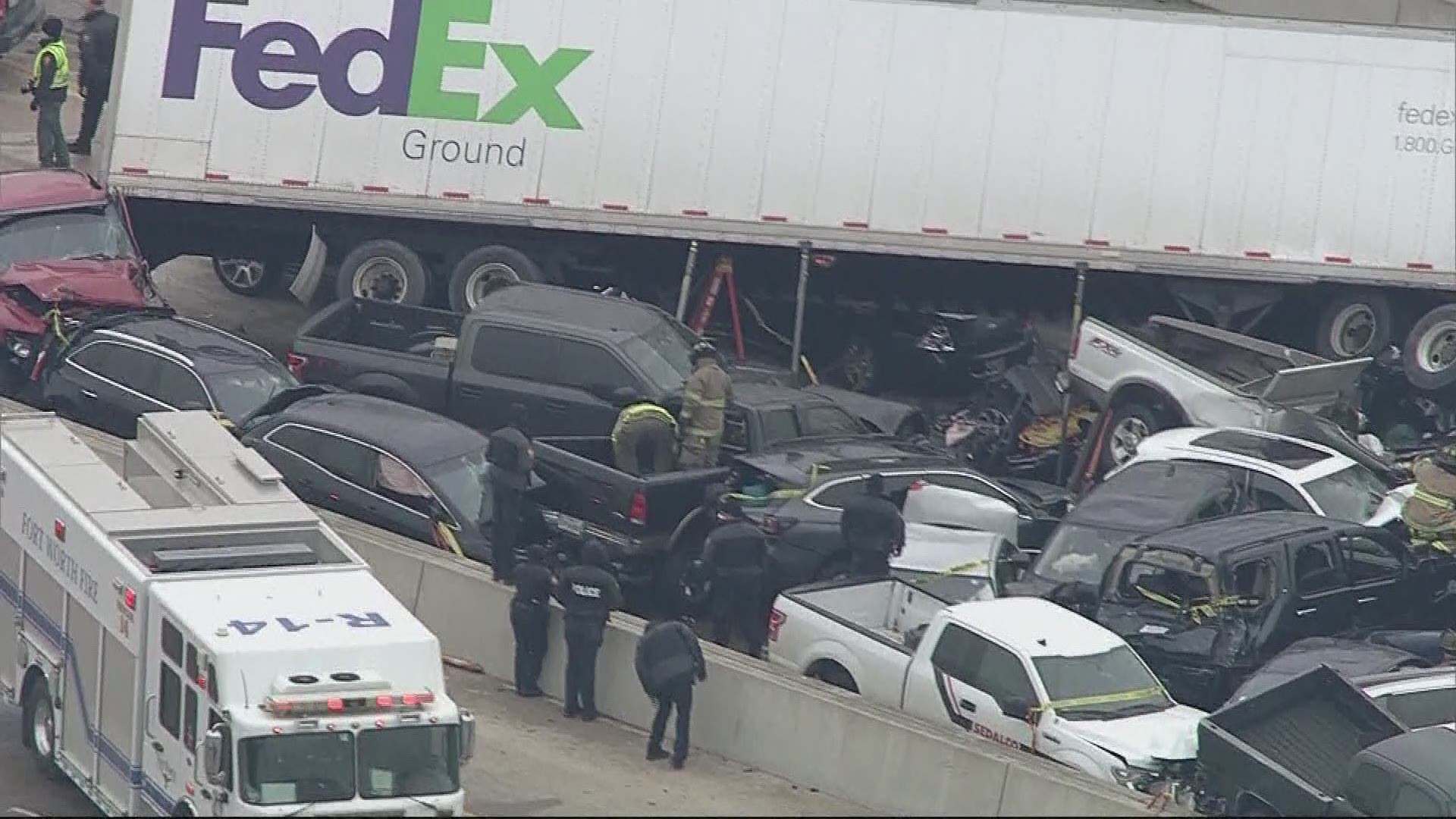 A Fort Worth firefighter helped rescue a dog Thursday that was trapped in a truck hours after a multi-vehicle pileup left five people dead on Interstate 35W in Fort Worth.

Video shows the firefighter grabbing the dog out of the back of a black truck stuck between multiple cars.

With the dog remaining calm in his arms, the firefighter places the dog in the back of a Fort Worth Police Department vehicle.

Around 75 to 100 vehicles were involved in a massive pileup crash Thursday morning on Interstate 35W in Fort Worth, including several 18-wheelers, officials said. At least five people have been confirmed dead.

A Fort Worth police officer took the dog to a local shelter, according to city officials.

A family member of the animal's owner reunited with the dog Thursday afternoon, city officials confirmed. The dog was not injured.

There was a veterinarian on-site and the dog was immediately seen to assess the medical condition, city officials said.

Fort Worth fire posting a photo of crews carrying another dog away from the wreckage.

WFAA has reached out for more information on that rescue.

Preliminary information on MCI in Fort Worth. More info will be released later. At least 100 vehicles involved, 5 fatalities, 36 transported to local hospitals. #yourFWFD continues to work the incident and will be on scene for several hours. pic.twitter.com/DUtRJFKSI9