Wyatt "Booman" Wells, 9, died after crashing an ATV into a tree. A friend was riding with Wyatt at the time of the accident, but got treated on scene. 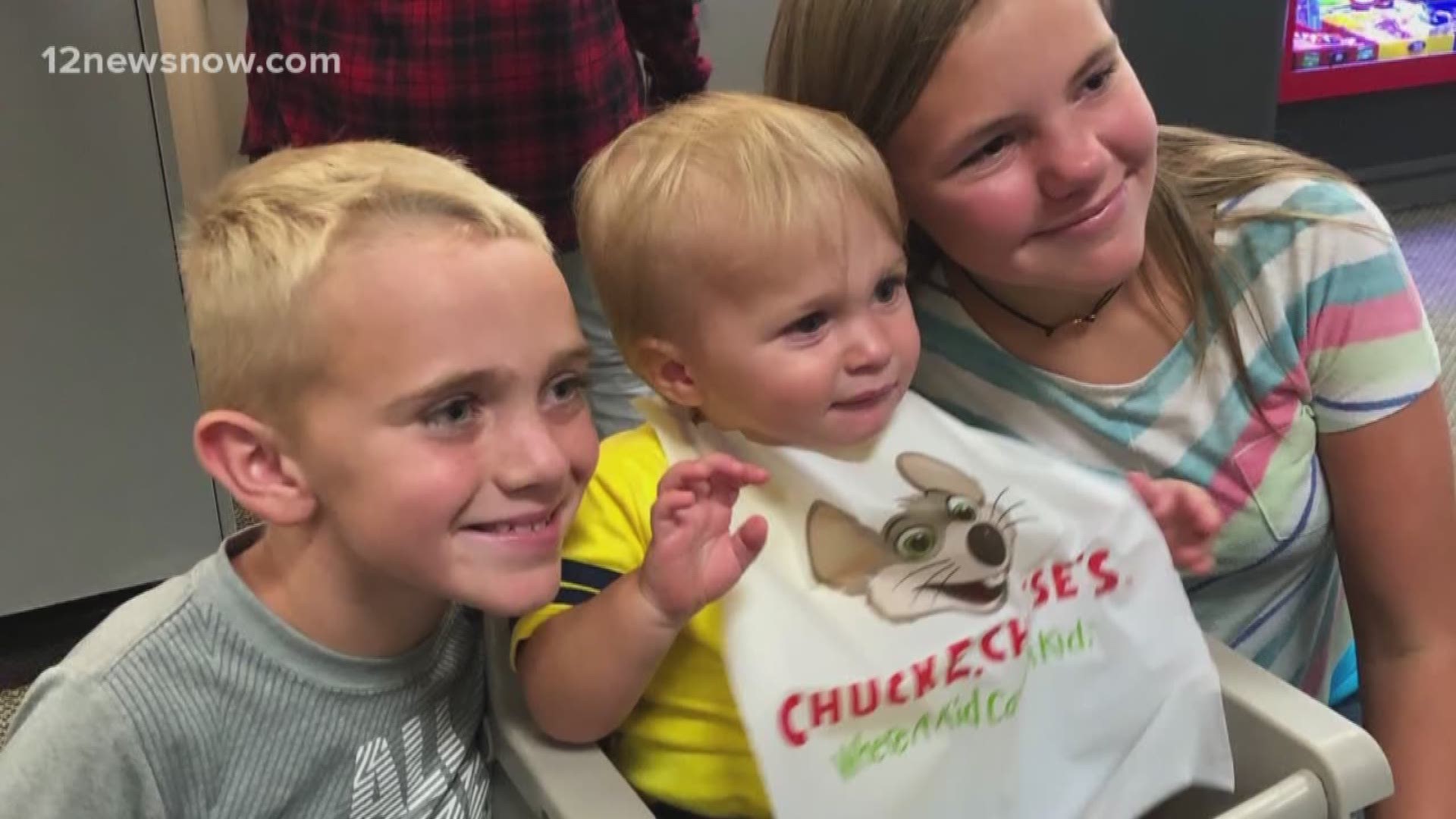 HARDIN COUNTY, Texas — One Hardin County family is having to do the unthinkable and bury their 9-year-old son.

Wyatt "Booman" Wells, 9, died at a Beaumont hospital on Saturday after crashing an ATV into a tree.

The pain is still fresh in the hearts of the Estes family as they now prepare for a funeral.

"I love him and I miss him," said Wyatt's sister Maggie. "He was a good little brother."

A friend was riding with Wyatt at the time of the accident, but got treated on scene.

"It's out of order, a parent should never bury a kid to begin with," Estes said.

The boy lost control of his four-wheeler and suffered serious injuries.

He was rushed to a Beaumont hospital where he later died.

"I asked him, I said 'Booman I need your help, reach out and touch me,'" said Estes. "He will and like that it goes away and I believe that's the spirit of God in my boy."

Wyatt's father told 12News the family was in the process of finalizing their son's adoption.

Wyatt has lived with the Estes family since he was three years old and always wanted their last name, according to his father.

The family has not made any funeral arrangements yet but say Wyatt's burial will be at the place he loved the most, his home.

"He always said that if something happened to me and mama that he wanted to live here forever," said Estes. "So, on earth we're going to give him his forever home right here although I know he's up in Heaven."

Money for the funeral costs is needed and the family has set up a fundraiser.

Nephews funeral expenses
Seems like someone hacked my Facebook and is sending messages about amazon gift cards for items. If you receive one, it is not from me. I am not asking for anything other than this fundraiser. I am so sorry if you received this message.

In just a short amount of time, community support has overflowed with donations, food and supplies.

"We thank everyone who has participated with everything," Estes said.

As the family copes with this tragic loss, they are asking for one more thing.

"Just pray for us, pray for everybody and the world at the same time," said Estes. "Just be Booman strong."

If the family exceeds that goal, they will donate the rest of the money to Wyatt's favorite hospital, St. Jude Children's Research Hospital.