Captain Edward Martin with Vidor Police said every seven out of ten paper license plates on Interstate 10 are fake. 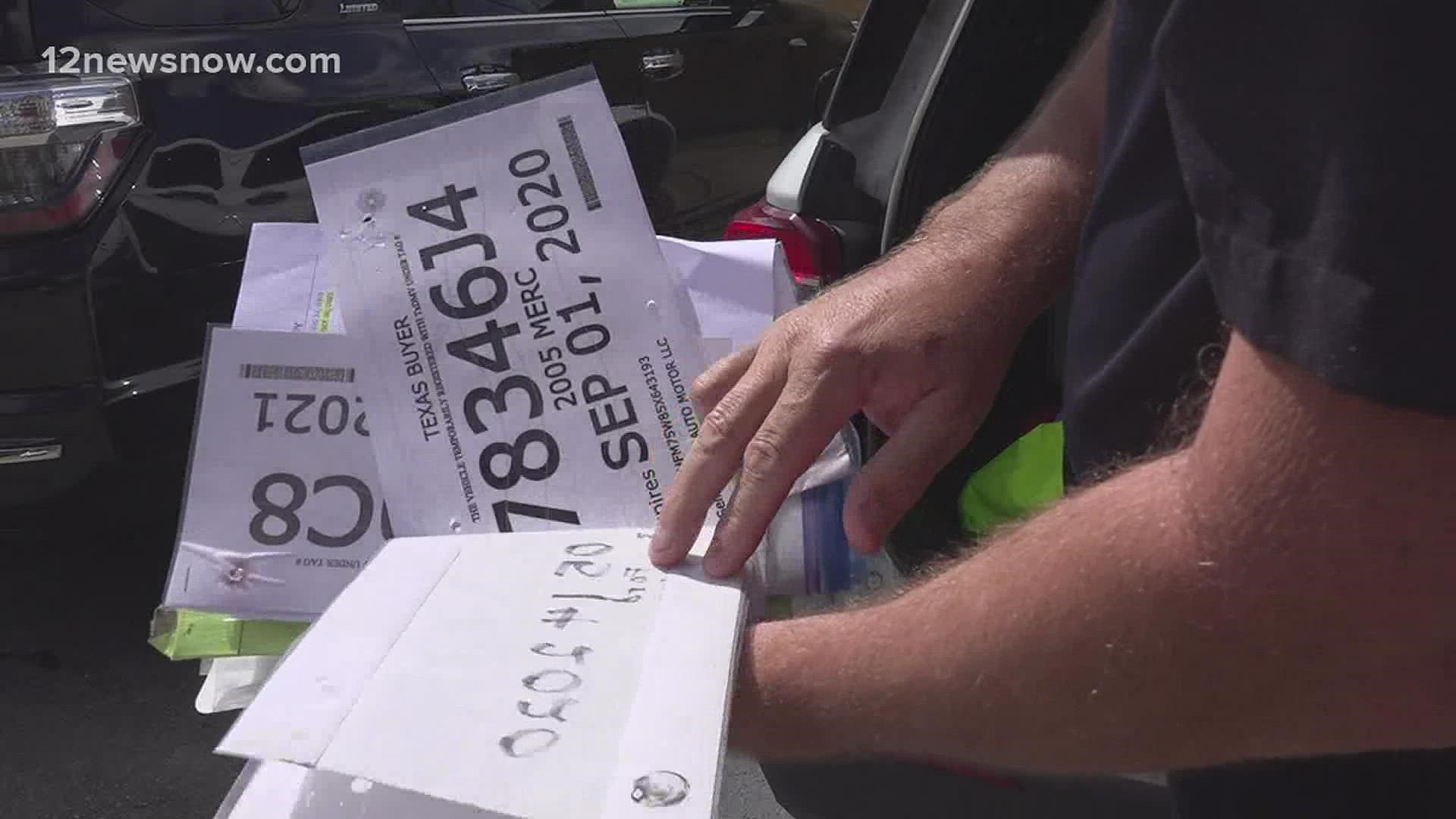 BEAUMONT, Texas — Can you tell the difference between a real and fake license plate? It may be hard to spot.

Police said it's becoming a huge problem in Southeast Texas because fake tags can be used to shield drivers from the law.

There are special trainings that area departments are participating in to crack down on this kind of crime.

Captain Edward Martin with the Vidor Police Department said every seven out of ten paper license plates on Interstate 10 are fake.

To the untrained eye, you wouldn’t be able to tell the difference between a real and a fake license plate. But Martin wants to change that. He can spot the difference, and now he's training other officers to find the fakes.

"If I had to give you an average per day, I would say one officer can go up on Interstate 10 here in Vidor and probably stop 20 to 25 bad paper license plates no problem,” Martin said.

Just days after, a Groves patrol sergeant identified a fake tag, but it led them to a bigger bust, which was a trucking company that was using 40 fake tags.

Here's how officers can spot the difference.

"There's a number sequencing that has to be followed that comes out of the DMV, and then there's some ways we can check it through the databases to make sure that the vendor has been inspected,” Martin said.

Drivers have all kinds of motives when using fake tags. It can range from the following:

How are drivers getting these fake tags? Martin said Facebook, and it's big business, too.

Fake tags have generated $220 million in revenue. He wants drivers to do the right thing.

"There's a 30-day permit that the public can get for certain situations that comes from the county tax office. You will never, ever be able to legally buy a paper tag off the internet."

Martin said he gets calls from police departments all over the country to give the E-tag training, and he’s happy to do it if it means a stop to the fake tags.