As talks continue, ExxonMobil plans to open up a third class of contract operators to train inside the facility. 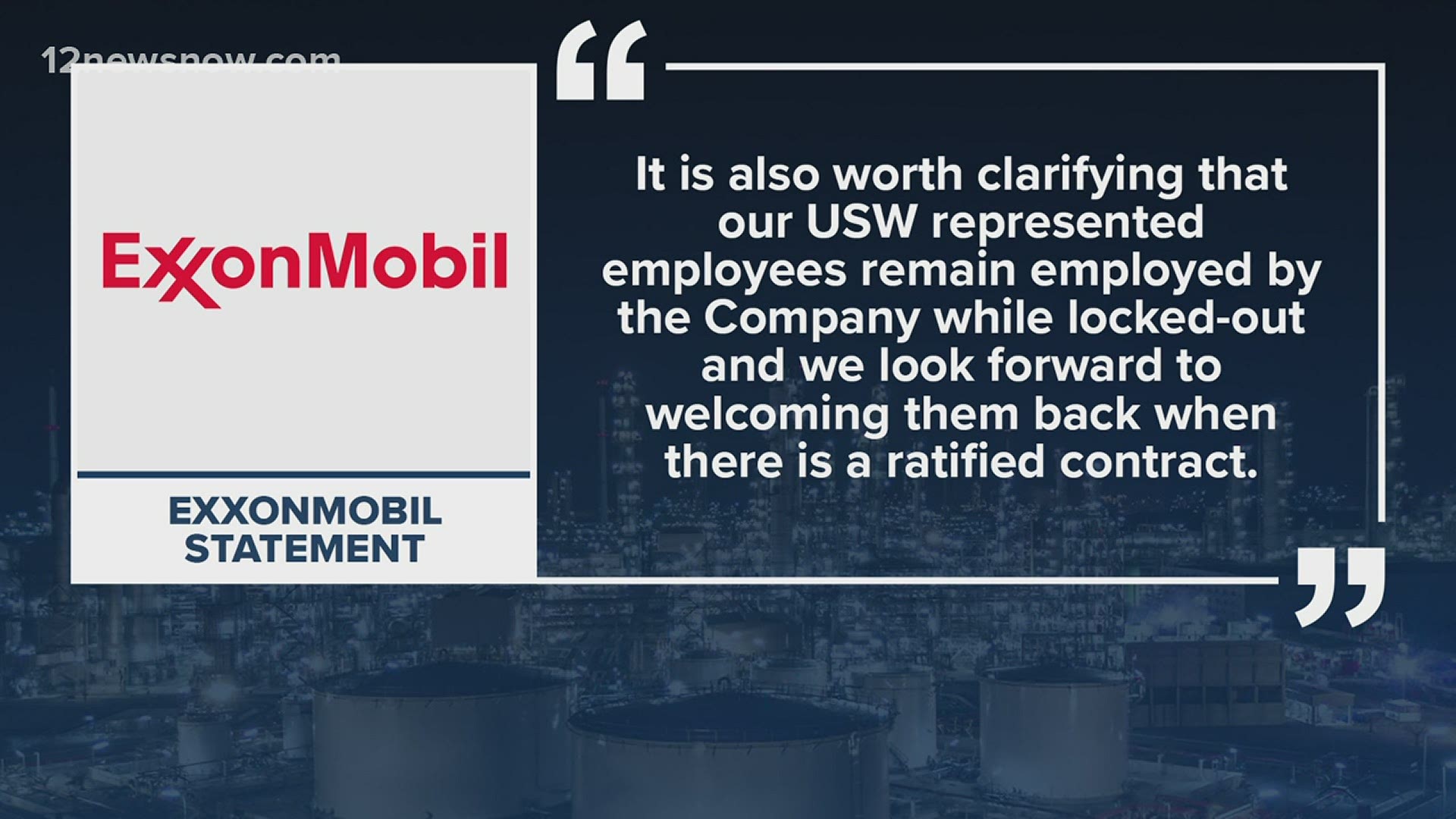 BEAUMONT, Texas — After more meetings and negotiations, the lockout involving ExxonMobil and the United Steel Workers Union continues. The two still appear to be far apart on an contract to bring union members back to the refinery.

ExxonMobil and the union met Wednesday for four hours of bargaining sessions. Unfortunately, ExxonMobil said the union didn’t come close to meeting their previously stated objectives, so no deal was reached.

As talks continue, ExxonMobil plans to open up a third class of contract operators to train inside the facility.

The company issued the following statement to their workers:

"While the organization will continue to be staffed primarily by fully trained supervisors who started their careers in the field, we will continue to train and collaborate with competent contract work staff."

On Thursday, the USW responded saying, “The union will not comment on the company's tactics to undermine our membership solidarity."

We previously spoke with union representative Hoot Landry when the union was protesting at the intersection of College Street and I-10 this past weekend. He said they will do whatever it takes to end the lockout. "We're talking and that’s always a good sign. It’s not going as good as we would wish but we're gonna be here one day longer one day stronger."

"It is also worth clarifying that our USW represented employees remain employed by the Company while locked-out and we look forward to welcoming them back when there is a ratified contract," a Thursday statement from ExxonMobil says.

The union has agreed to meet this week in a subcommittee to discuss wage progressions.