The energy company said it's being directed to begin periodic power outages by the Midcontinent Independent System Operator. 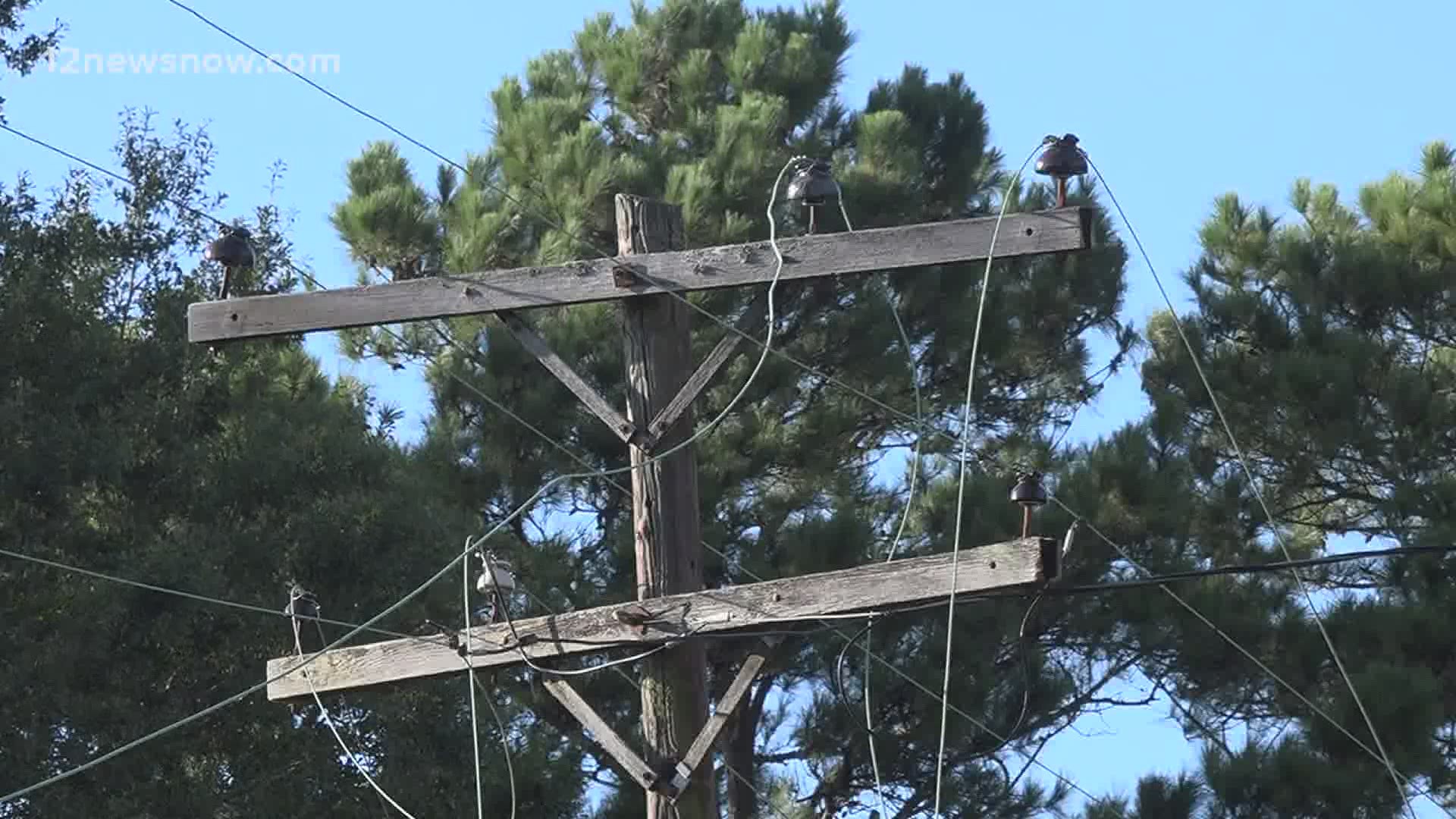 THE WOODLANDS, Texas — After Hurricane Laura battered Southeast Texas, Entergy customers are being asked to conserve energy as the company said it is forced to begin periodic power outages Aug. 27.

Jefferson County residents reported the outages have started in the city Thursday afternoon. It's unclear exactly how long the outages are going to last.

The company said it's the last resort to prevent more prolonged power outages "that could severely affect the reliability of the power grid." The move is a directive from the Midcontinent Independent System Operator on the heels of the strong storm and high temperatures.

On Thursday, Entergy crews filled the parking lots at Parkdale Mall. It was a similar scene at Central Mall in Mid County. Thousands are on standby to help restore power to over 150,000 customers after Hurricane Laura passed through Southeast Texas.

Unfortunately, it could take days or even weeks.

Allison Payne, a spokesperson for Entergy, told 12News they're still in the process of doing a lot of the assessment work. That means they're looking at damage and finding out if any equipment needs replacing. Crew members also have to go through some safety training before they start restoring power.

While people in Southeast Texas may be used to going weeks without power, it never gets easier.

Noemi and Isaias Perez have been sitting in the dark all day. They came back to their home in Groves after evacuating for the storm.

"Yes, I actually want to move, especially since we live close to the refineries as well," Noemi said. "It's been one thing after another and I'm just, I'm tired of it, I would like to move inland a little more so we wouldn't have to deal with all this."

In the announcement about the forced outages, Entergy asked customers in the western area north of Houston are being asked to voluntarily reduce their electricity in the following ways:

The cavalry is assembling in Beaumont to help restore power after #HurricaneLaura pic.twitter.com/0N7pf47ala

Hurricane Laura brought down trees and power lines across southeast Texas as the storm made landfall as a Category 4 storm.

1 / 43
12NewsNow
The photo shows flooding and downed trees from Hurricane Laura on Meeks Drive in Orange County, Texas, on Aug 27, 2020.