The project, which is expected to begin in late September 2019, will deepen the ship channel from the existing 40 feet to a depth of 52 feet. 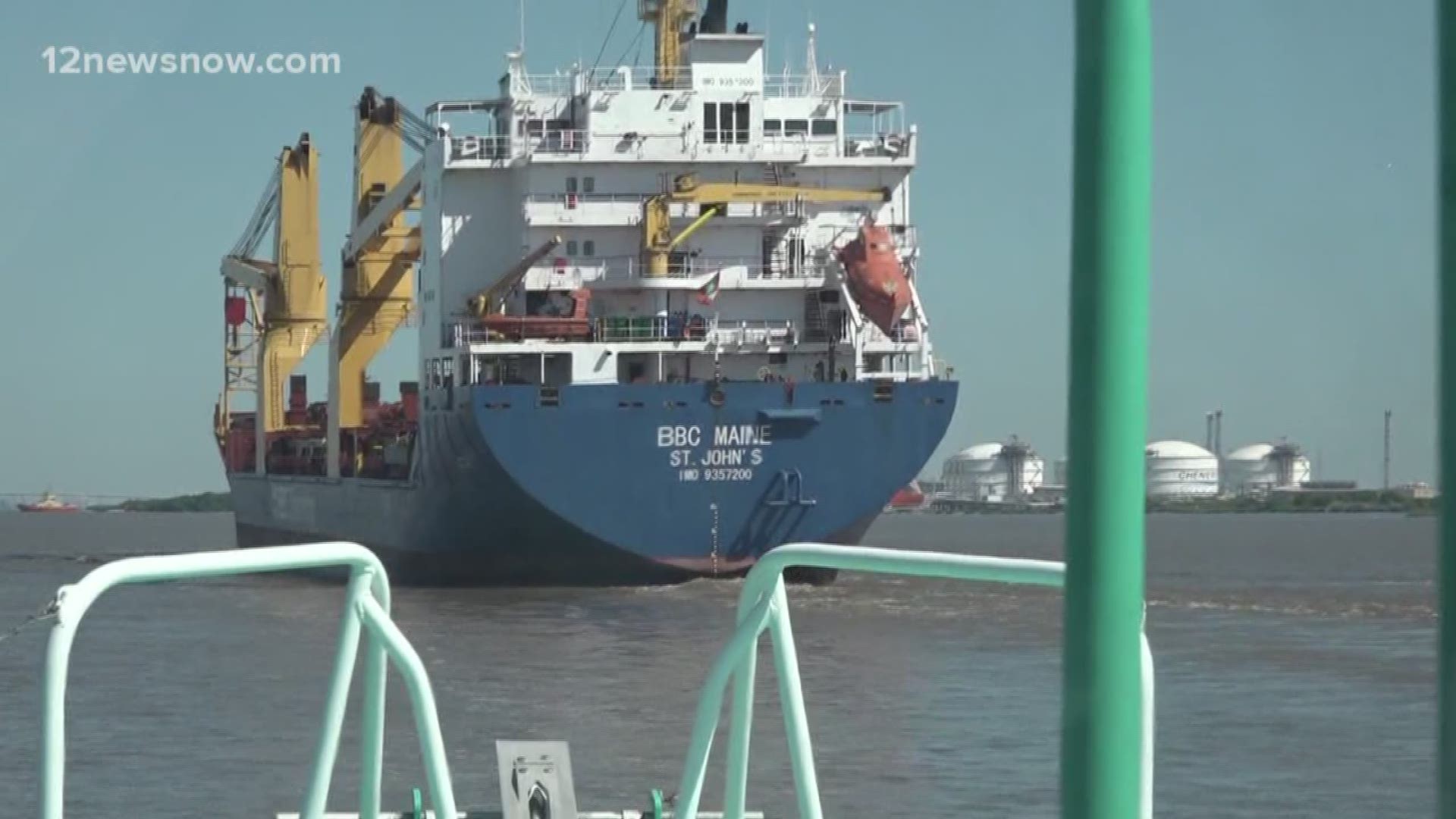 BEAUMONT, Texas — The Sabine Neches Navigation District and the U.S. Army Corps of Engineers signed a project partnership agreement on Monday to begin construction on the Sabine Neches Waterway.

Work is expected to start in late September on the massive project which will deepen the waterway from 40 feet to 52 feet.

When finished, it will allow larger ships to move in and out as well give them the ability to carry more cargo.

The project will cost $1.2 billion dollars.

"It can't be understated how important this waterway is," said Charles Tweedel, president of the Sabine Pilots Assocation. "It's very critical, it's vital."

For years, ships have been limited on the amount of cargo they can carry due to the depth of the waterway.

"They can only carry about 500-600 thousand barrels on that vessel," said Matthew Kaufman, deputy director of the Sabine Neches Navigation District. "You take that same vessel in a eight-foot deeper waterway and you increase the capacity of that vessel by 50 percent or more than 50 percent depending on the exact vessel it, so it's a huge efficiency increase."

12News started looking into the project earlier this year, but now the money to pay for it is approved.

The dredging will deepen the channel from the Gulf of Mexico to the Port of Beaumont.

"The numbers vary, but it's into the hundreds of thousands of jobs that are spun off from this waterway," said Tweedel. "It's really amazing how much economic activity stems from the Sabine Neches waterway."

Roughly 65 miles of water create a "Marine highway" for LNG, crude oil, and other exports

This project originally was authorized in 2014 under the Water Resources Reform and the Development Act.

The federal government will cover 75 percent of the cost with the other 25 percent coming from the Sabine Neches Navigation District, primarily tax dollars.

Tweedel told 12News the improvements will be far-reaching.

Tweedel said "It's important for us to not only catch up, but keep pace with the size of the ships and the customers we serve."

The director for the Port of Beaumont Chris Fisher released this statement on Tuesday.

"The deepening of the waterway is an effort that the Sabine-Neches Navigation District has put years of hard work and dedication into, and this announcement comes as our region is experiencing an unprecedented level of growth.  In the last year, tonnage at the Port of Beaumont has increased by more than 50% and with more than $50 billion in announced and proposed investments along the waterway, the completion of the deepening project will ensure this pattern of growth is sustainable well into the future."

The last time the Sabine Neches Waterway saw improvement was in 1962.

This project will take between six and seven years to complete, according to Jefferson County Judge Jeff Branick.