RV parks throughout Jefferson County are already experiencing a high number of calls for workers looking to move in following expansion projects. 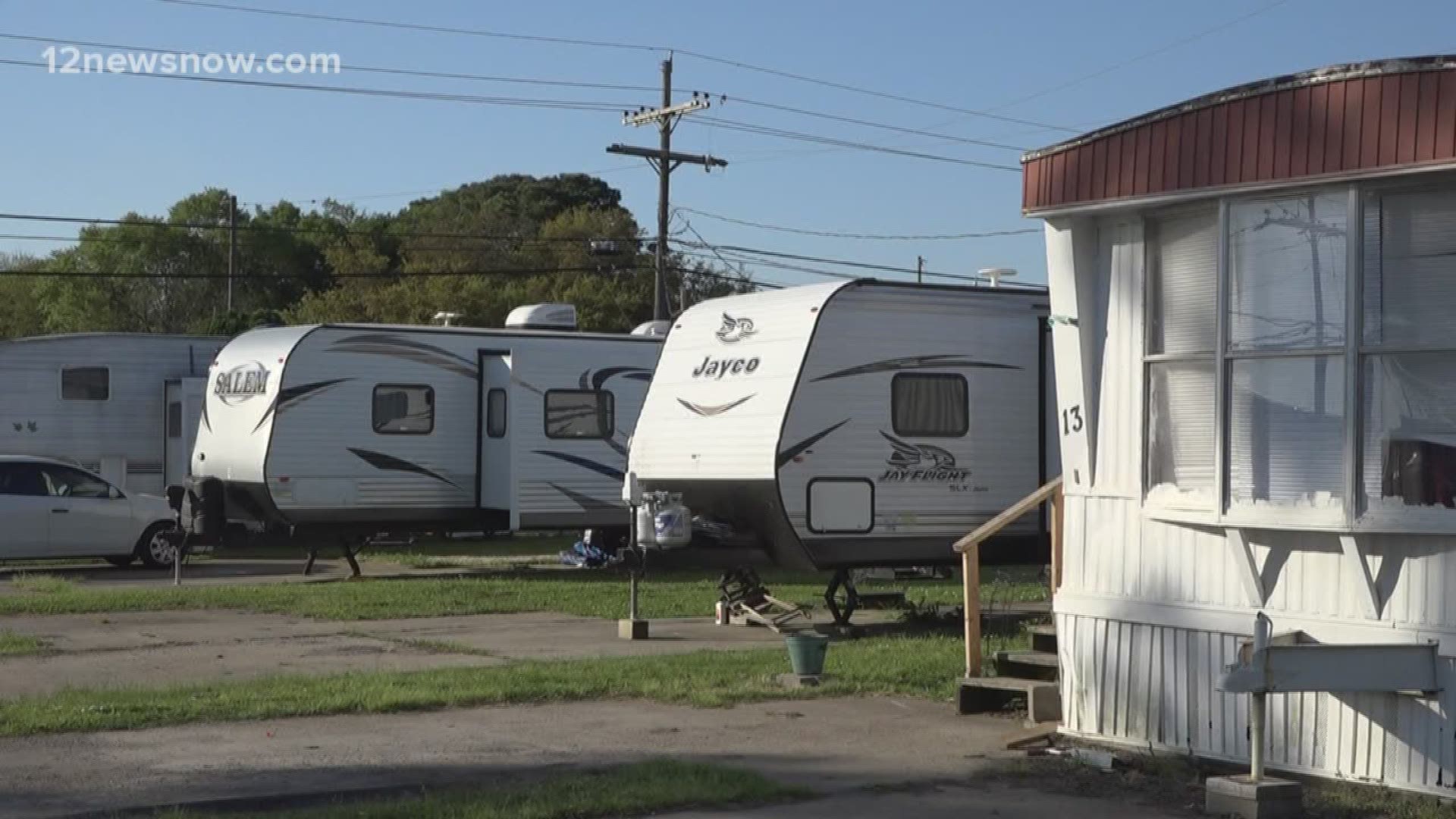 RV parks throughout Jefferson County are already experiencing a high number of calls for workers looking to move in.

Cheyenn Weller, who works for Motiva, moved into the Central Mobile Village in Nederland a couple weeks ago.

"This was kind of difficult to find, but not really," says Weller. "I called a lot of places and this was the cheapest one, they told me they had spaces available so I told them I'm coming in."

Availability at other RV parks are not as easy.

Access RV Park and Port Arthur RV Resort have had to create waiting lists because they are already full.

"Three of them just moved in not too long ago," says Davis. "It actually makes the economy a lot better for us and the park owners too because they got more money coming into our place."

The influx of jobs has also led to new RV parks being built.

He expects thousands of workers to pour in.

Burton says "We have been told a number as large as 10,000 people will be seeking employment with the various industries."

Construction has already started on the Golden Triangle RV Resort in Port Arthur and will include 137 spaces.

Two others could also begin construction pending the city's approval.

Burton also says he'll take a look at the city's ordinances, to ensure that new RV Parks won't create a hole when expansion projects are completed.

Some parks still have slots open, including Central Mobile Village, but Davis believes that will change quickly.

More jobs is a positive sign for the area, but finding workers a place to stay could become an issue down the road.

Weller says "After all the parks fill up, yeah it will be kind of difficult."

The RV park building boom will likely extend beyond Sabine Pass as expansion projects in Beaumont, Orange and Port Arthur have been talked about.