Texas Pellets said the company plans to resume operations at their Port Arthur five-silo facility and shipping terminal soon after a 2017 fire that smoldered for 102 days, followed by a silo collapse. 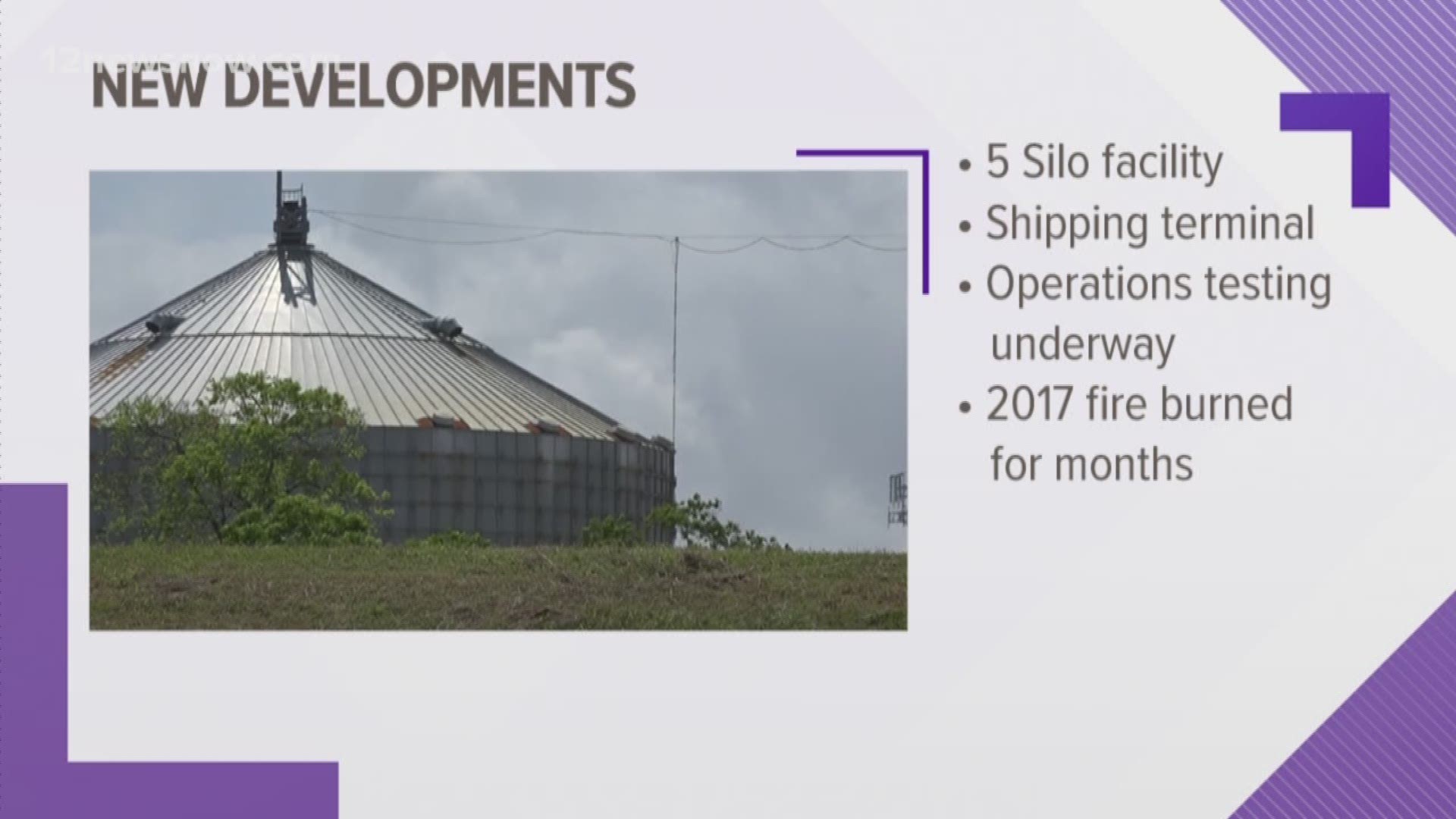 The company started commissioning and operations testing such as loading and receiving pellets, as part of preparing to resume operations. The reopening includes resuming ship loading, German Pellets said in a joint news release with the Port of Port Arthur March 20.

The reopening comes after a fire at the Port Arthur facility that started April 15, 2017. A smoldering silo collapsed after burning for weeks in June 2017.

Port Arthur Fire helped to remove about 4,700 tons of debris from the site by late June, according to a news release. The fire department said in an update on June 23, 2017 that some hot spots were still inaccessible because of several thousand tons of steel debris and collapse hazards, but the smoke released was at the lowest level since the fire started.

"This incident is one of the longest in PAFD history, lasting 102 days," City of Port Arthur spokesperson LaRisa Carpenter said in a release.

German Pellets said the company has worked with municipal officials to make sure a similar incident does not happen in the future since it announced plans to reopen in February.

The company had another fire at its Woodville facility in 2015.

"The Port of Port Arthur is working with its tenant, Texas Pellets, to confirm Texas Pellets' assurance to us that the proper steps have been taken in order to avert another incident," Port Director and CEO Larry Kelley said in a statement. "Early in the rehabilitation process, the Port engaged the consulting firm, U.S. Forensics, to review numerous aspects of the operation, re-design, engineering and management controls in close coordination with the tenant and its engineering team.

"We look forward to a safe return to service as well as the opportunity for job creation and continued economic development this facility will provide to our community."

The reopening process took place with guidance from Jensen Hughes, a fire protection and safety engineering firm, the company said.

For the past 18 months, workers have been rebuilding and updating the facility while the company also reviewed operational practices and policies, according to the company statement.

"We want to express our gratitude and thanks to the Port Commissioners and Staff, Port Arthur City Council and Fire Department, and area neighbors for their continued support of our local operations," German Pellets General Manager Bryan Davis said. "We look forward to resuming safe and economically viable operations and bringing jobs to the community."

The Port Arthur facility stores wood pellets that are manufactured at the company's Woodville facility and loads them onto ships.

The German Pellets production site in Woodville, Texas began manufacturing the wood pellets in 2013, according to a news release from the company during the 2017 fire. The pellets are made from natural and untreated pine at the Woodville facility and then sent to the United Kingdom for their power plants.

The silo and loading facilities are expected to be fully operational by the second quarter, German Pellets said.

Here's our previous coverage of the German Pellets fire in Port Arthur:

April 25, 2017: German Pellets did not show up to Port Arthur council meeting