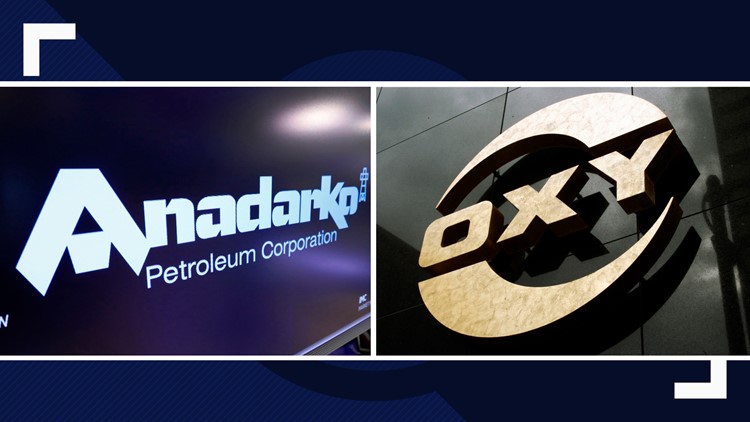 Photo by: AP
This combo of file photos shows the logo for Anadarko Petroleum Corp. on the floor of the New York Stock Exchange on April 12, 2019, left, and a logo on the Occidental Petroleum building in Los Angeles on Jan. 26, 2010. A bidding war is breaking out over Anadarko Petroleum, with Occidental making an offer worth $76 per share in cash and stock that it says is about a 20% premium to Chevron's $33 billion deal. (AP Photos)

Anadarko plans to accept Occidental deal over offer from Chevron

Anadarko says it plans to end its $33 billion takeover deal with Chevron in favor of a revised bid by Occidental.

Occidental's offer is worth about $57 billion in cash and stock, including debt and book value of non-controlling interest. Chevron's offer would be worth about $50 billion by the same metric. Last month Warren Buffett's Berkshire Hathaway said it would put up $10 billion in financing for Occidental.

Anadarko said its board determined Occidental Petroleum Corp.'s offer was superior. Under its deal, Chevron has until Friday to make a revised proposal or a new offer.

Anadarko Petroleum Corp. will have to pay a $1 billion fee if it ends the deal with Chevron Corp.