The project will deepen the channel starting from the Gulf, all the way to the Port of Beaumont, attracting new development. 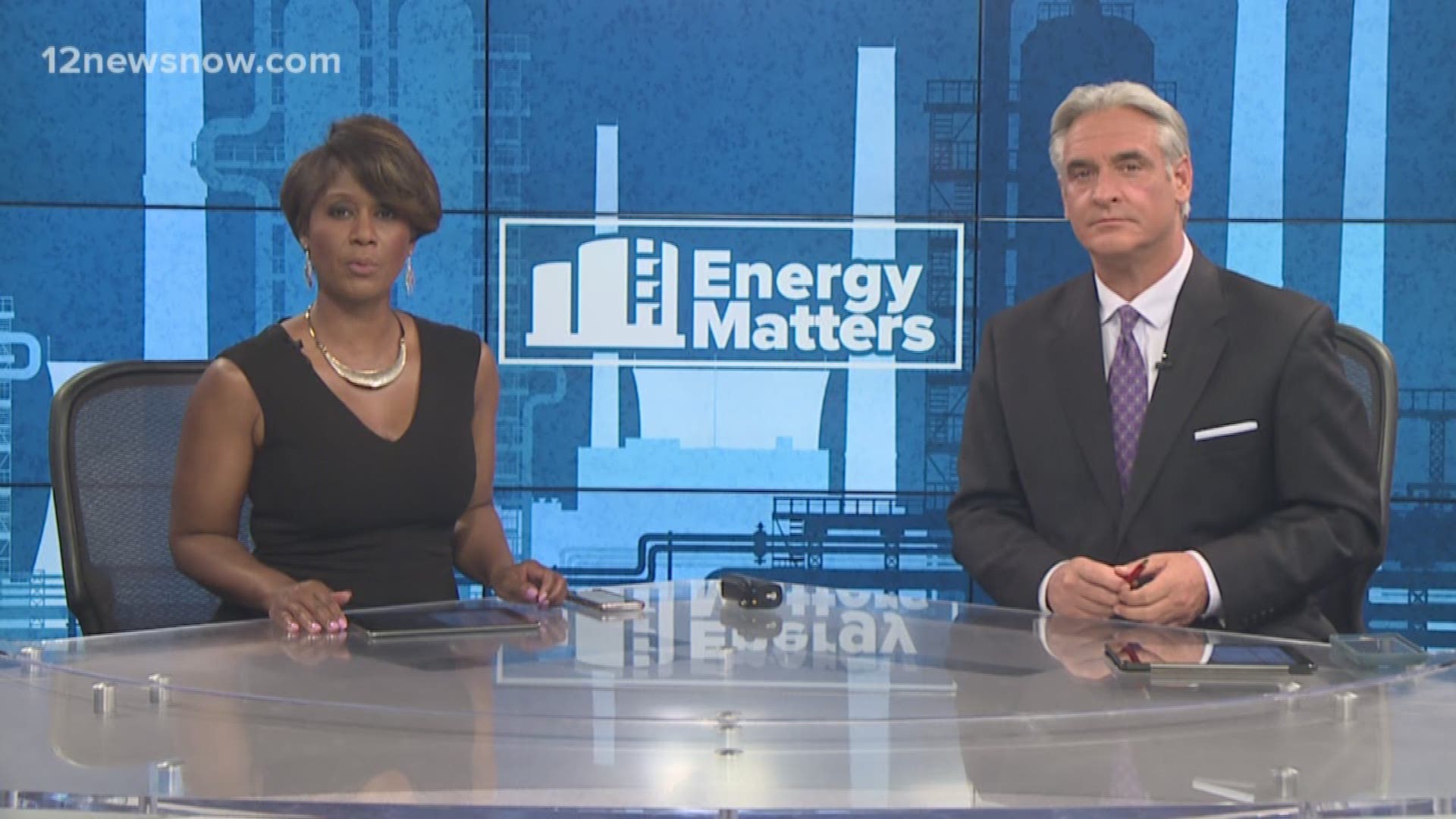 JEFFERSON COUNTY, Texas — An improvement project along the Sabine Neches Waterway with a price tag of more than $1 billion, set to get underway in a few months, is expected to help keep up with recent energy infrastructure expansions in the U.S.

The project will deepen the channel from the Gulf of Mexico to the Port of Beaumont and could attract new development for the area.

Officials at the Sabine Neches Navigation District say the project will help maintain one of busiest waterways in the U.S.

The Sabine Neches Waterway carries more than 150 million tons of cargo every year.

The deepening of the waterway can attract new development by allowing ships with larger capacities to travel up the channel.

"It can't be understood how important this waterway is, it's very critical," said Captain Charles Tweedel, President of the Sabine Pilots.

The pilots help ships navigate as they move through Sabine Pass. Currently there are 28 pilots, but they're already preparing to add more.

"We're training 13 more pilots because of the extra needs of the channel that we see coming," Tweedel said.

Billions of dollars flow into the local economy yearly in the form of military, energy and other petrochemical cargo according to Tweedel.

He says the waterway is 40 feet deep, making it the shallowest in Texas.

"Houstons at 45 feet, Corpus Christi is even more than 45 feet and Galveston," Tweedel said.

Our channel hasn't changed much since 1962 he says.

"It's important for us to not only to catch up, but to keep pace with the size of the ships," Tweedel said.

Matthew Kaufman, the deputy director at the Sabine Neches Navigation District says the waterway is the largest crude-oil and LNG exporter in the country.

The improvement project would deepen the waterway from 40 to 48 feet, starting from the Gulf of Mexico, all the way to the Port of Beaumont.

Kaufman says the deepening would increase the capacity of a vessel by almost 50 percent, making it cheaper to move products worldwide.

"You have to have a way to get these energies out of the nations and to where you are trying to get them to market," Kaufman said.

He said the project was authorized in 2014.

In November 2018, Congress released money to the U.S. Army Corps of Engineers for the project.

The Federal Government will foot 75% of the $1.2 billion project.

The navigation district will pay for the rest, primarily using local tax dollars.

"The increased efficiency of the overall waterway will enhance navigation," Kaufman said.

"That translates to increased efficiency for the owners and the terminals that the ships are calling on back and fourth," Kaufman said.

Tweedel says the project would also increase the width of the channel, allowing more room for them to navigate larger ships.

He expects everyone will enjoy economic benefits, in addition to the ship owners being able to move more cargo.

The deepening of the channel could also create thousands of jobs.

He believes the Sabine Neches Waterway improvement project is vital to keeping the future of America alive.

"We been around since 1881 and we plan on being around going forward. We plan on continuing our good service to the ocean with traffic going in and out of Sabine," Tweedel said.

The dredging is planned to start in August.

Kaufman said they are looking to transport more than 200 million tons along the waterway by the end of this year, helping to keep America as one of the biggest drivers of energy around the world.