At the beginning of the pandemic, El Paso set records for its COVID-19 cases. Now, leaders say more than 75 percent of residents 12 and older are fully vaccinated. 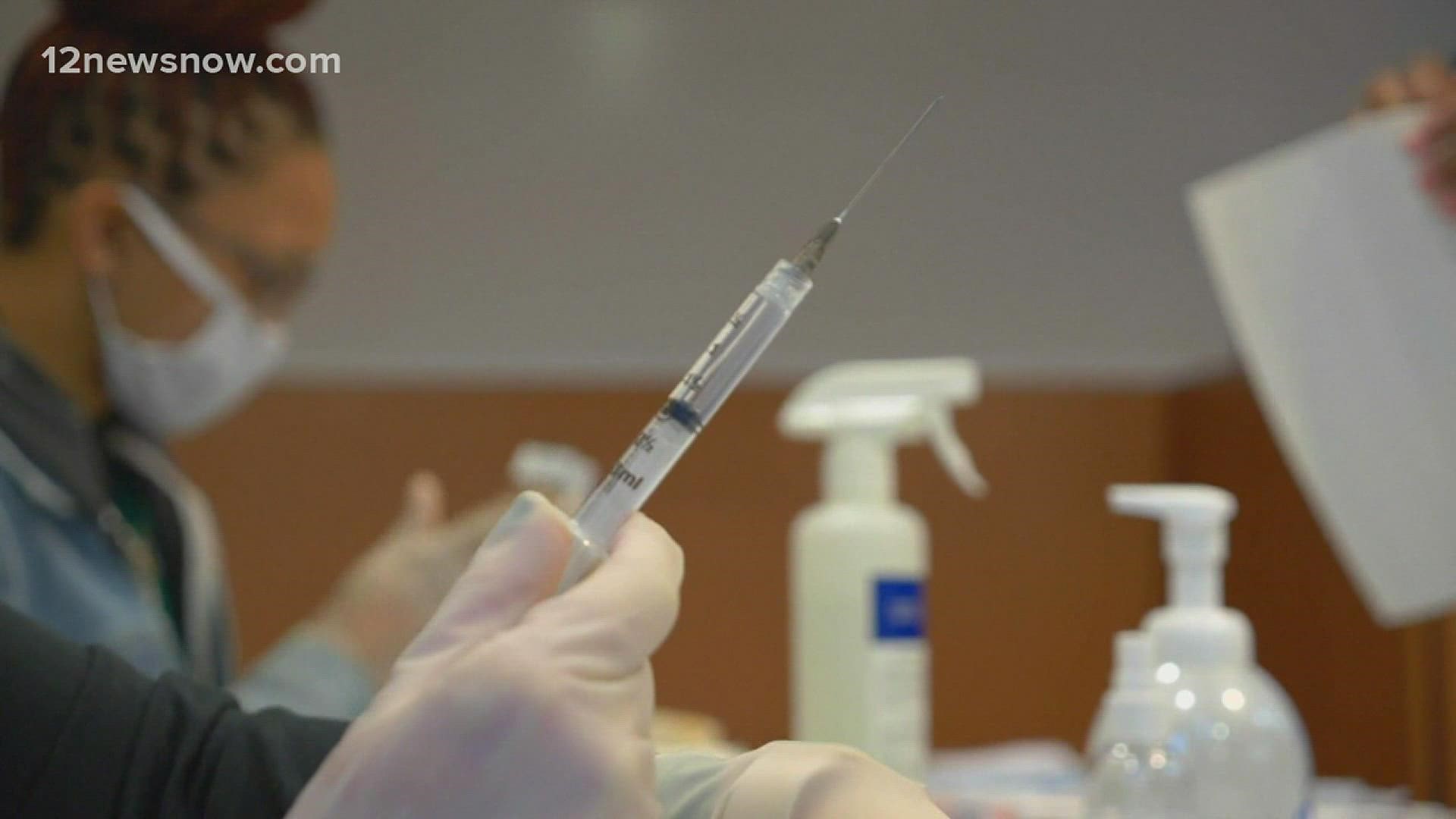 At the beginning of the pandemic, El Paso set records for its COVID-19 cases. Now, leaders say more than 75 percent of residents 12 and older are fully vaccinated.

Southeast Texas is a long way from those numbers. The regional average currently sits at 39 percent.

Jefferson and Chambers counties lead with nearly half of their populations' ages 12 and up who are fully vaccinated against the virus.

El Paso is already at the herd immunity finish line, but one doctor believes Southeast Texas can make it, too.

“They really put some feet on the ground, and that's amazing,” said Port Neches mother Lindsey Brackin said. “It's also kind of embarrassing because we are nowhere near that here."

Brackin lives in Port Neches with her two children.

“My oldest is nine and my youngest is two,” Brackin said.

They're both too young to get the shot right now. That's why Brackin decided to roll up her sleeves.

“Mainly knowing that me being vaccinated is going to afford them some level of protection,” Brackin said.

But, she wonders why half of her neighbors haven't gotten the shot.

“As of last night only close to 49 percent were fully vaccinated, 12 plus years,” Dr. Praphul Joshi said.

“I think it should be less hesitancy within ourselves to say that hey this is safe, this is working, and this is going to help us,” Joshi said.

Joshi said it's about the benefits rather than the risks.

“There is really nothing to lose. It's everything to gain,” Joshi said.

She's encouraging you to think about your loved ones.

“And all you're doing is increasing the chances that some old woman or some little kid is on end up on a ventilator,” Brackin said.

Joshi said people in El Paso still need to take basic precautions even after reaching herd immunity, and the same will apply to Southeast Texas once we get to that point.