Martin Early Learning received the lowest overall score of a 48%. 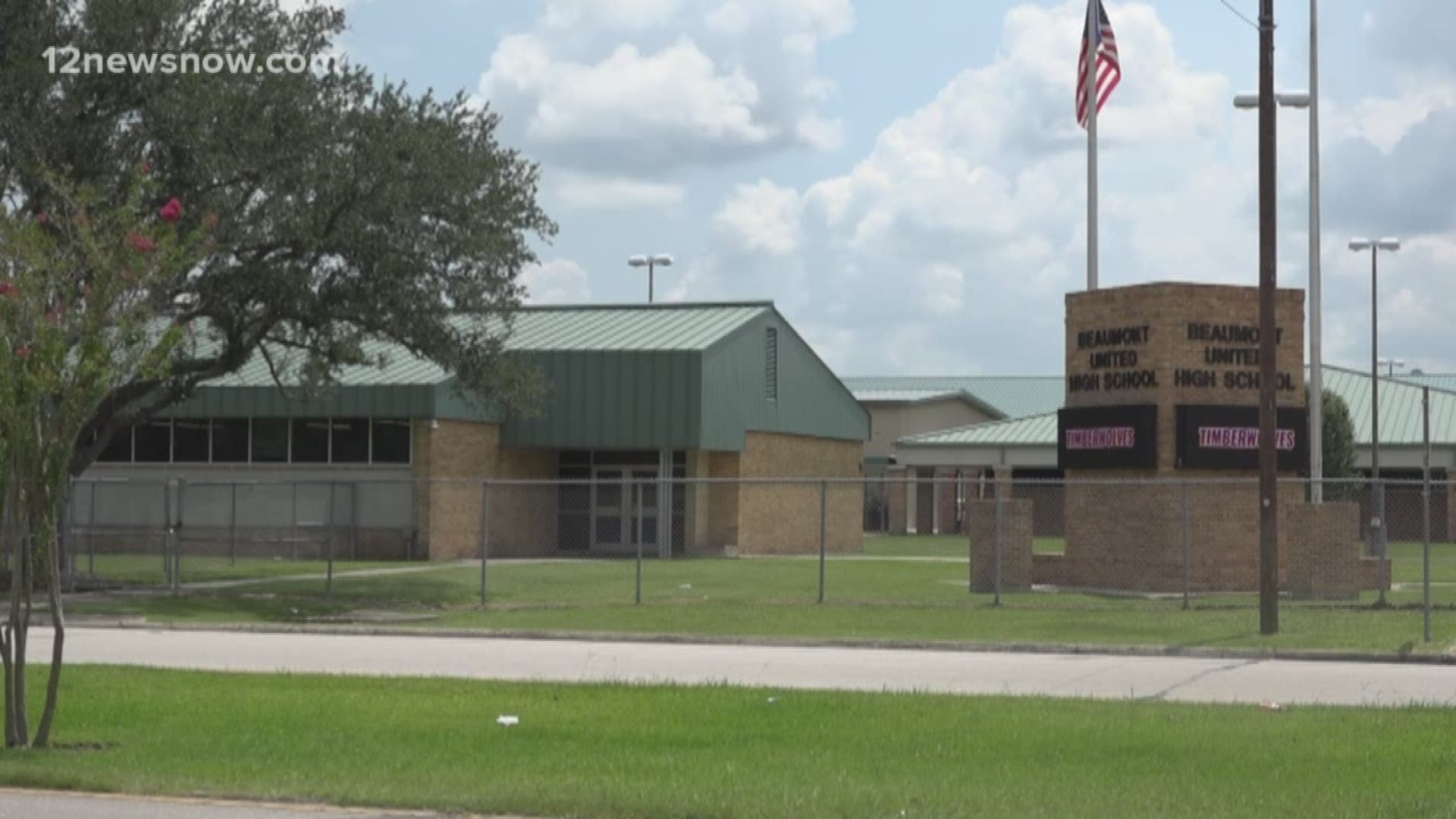 The report shows parents and students how their individual school or charter school rated among the school systems in Texas.

The Beaumont Independent School district received an overall score of a C for the 2018-19 school year. The TEA annual accountability rating for the district was an overall letter grade improvement from last years performance, a D.

This school year will be Dr. Shannon Allen's first as superintendent.

"My goal for the district is to have all of our campuses rated as successful institutions of learning. Whether through partnerships established through the System of Great Schools, innovative and creative campus based programs, the use of technology and data driven instruction or simple hard work and dedication, BISD will achieve this goal,"  Allen said.

Allen went on to explain that some of the scores were below their expectations. She said they're actively making decisions to increase student achievement this year. The release said the district was implementing major strategies to improve the quality of education, such as introducing new leadership at several campuses, adopting the philosophy that 'every moment matters,' and increasing awareness of the importance of attendance for students and parents.

"We will not fail the students in BISD, nor this community," said Allen. "While I am responsible for driving the change to lead us in the right direction, I am asking every BISD team member, parent and community member to commit to reaching this goal for all students."

Beaumont United High School also scored a "F" with a 58%. The school organized in 2018 with the merging of Central and Ozen.

According to TEA, an "F" in overall performance is anything below 60. Schools earn the grade for "unacceptable performance when they serve only a small number of students well." TEA says the students in the districts would need a lot "more academic support to be ready for eventual success in college, a career, or the military."

"I've been praying, I say, 'Lord, please send me somebody or send me somewhere I can get some help,' because the school district is out of hand," Phillips said.

Phillips points to bad attitudes and poor organization. She said her daughter is passing because she does her work, but she isn't taught. Phillips admits, not all the teachers are bad, but said most are disrespectful, and allow students to disrupt lessons. She said the teachers also use their phones in class.

She said one of the problems is overcrowding. Phillips said the issues aren't  just at United, but BISD in general. She'd like to see more qualified teachers who want to be there.

"Somebody's got to get in there and straighten them out, I don't know who it's going to take or when or how, but something's got to be done," she said.

Her daughter, Aaliyah Harrell, hopes to attend Texas A&M University, and study business or criminal justice. She said she doesn't feel like United is preparing her to get there.

Harrell said she keeps to her self, and that the kids are out of control. She said they put 30 kids in one small class, and that it's difficult to learn. Besides a couple of her teachers, she said in class, they're on their phones, and cuss at students.

Both she and her mom want to look into other options for her Junior year. With Dr. Allen taking over this year, they hope she can make changes.

"If she loves her job I think she will come and change some things, it's not going to happen overnight, but eventually if she tries and does it correctly she will," Harrell said.

Despite the rating, Allen said Beaumont United's first year was a success they plan to keep building on. She wants the community to understand that the score was just a snapshot of one testing day.

"We're going to keep building on the foundation that we built, and we built a pretty solid foundation," she said.

Allen said their vision for United was to merge the two campuses, build new traditions, and focus on academics. She felt confident that they accomplished that goal. They graduated over 400 students.

Allen said the score was not reflective of the success Beaumont United achieved. She said the staff worked hard to keep the excitement, energy, enthusiasm, and focus on the students going.

"Despite TEA stating that our students didn't do that great on STAAR testing day, I think and I hope the community thinks that, you know what, that school was a success," Allen said.

Allen is proud and excited about the work and foundation that was built. She admits, they have room to grow and gains to make, but assures that they will get there. Allen said the addition of new leadership to the campus will propel the campus forward.

Allen stopped by the campus on the first day. She said they're off to a phenomenal start, and students and staff are excited. She's looking forward to the progress they'll make this year.

They plan to focus on attendance, making sure students and parents know how important it is, and their teachers making every moment matter.

"We have 175 days left that we have to maximize the opportunity with our kids so we're going to do that and focus on that this year, of course, driving the curriculum and instruction on the campus," Allen said.

The focus isn't on United alone. They want to keep improving on every BISD campus.

"We're not going to settle for the results that we have, we made overall improvements in the district, our rating increased on letter grade, while it's okay, it's not good enough, because we know our students deserve every single opportunity," Allen said.