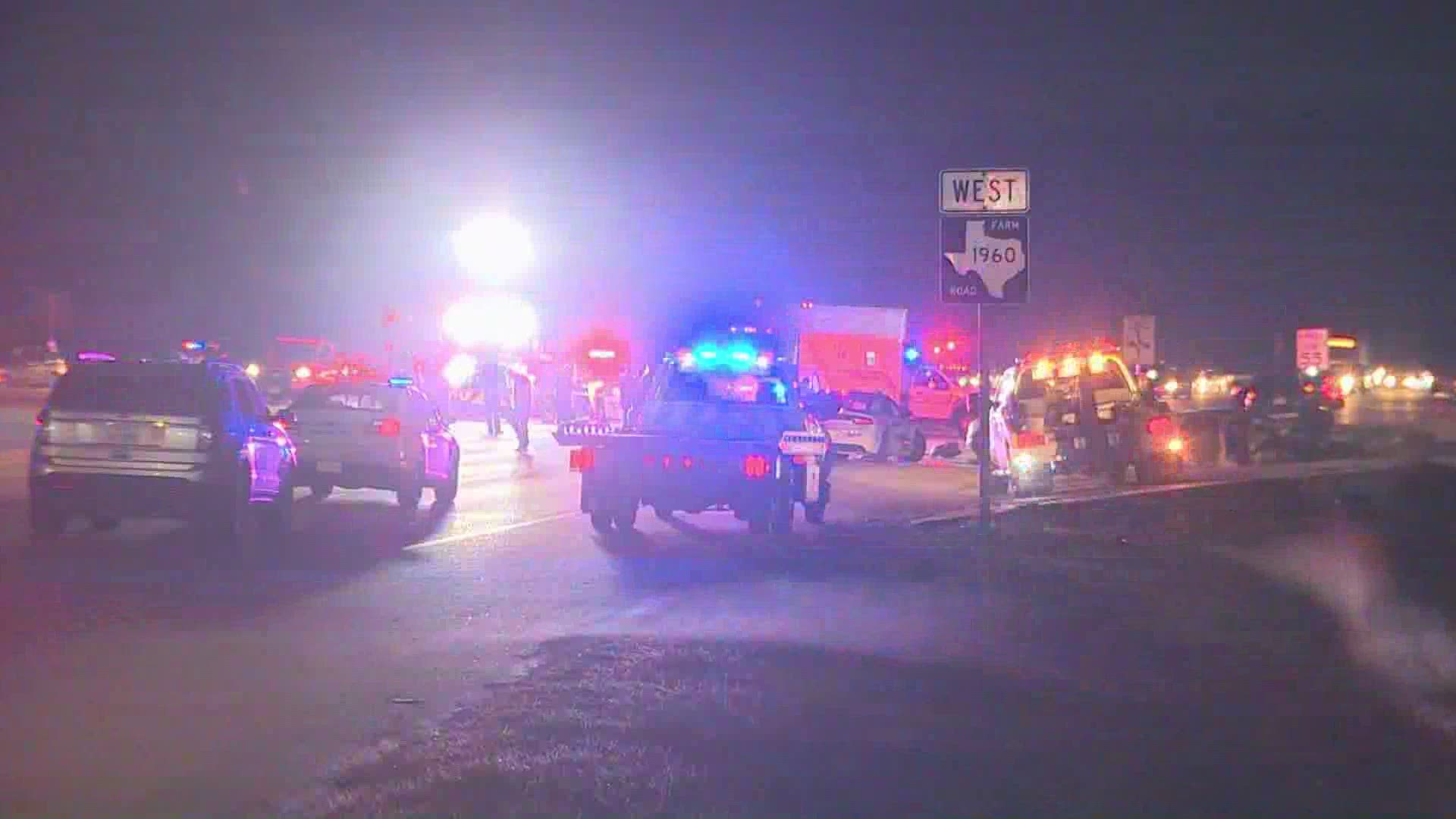 HARRIS COUNTY, Texas — Harris County Precinct 4 is investigating a crash involving one of its deputies and two other people who were injured Friday night in northwest Harris County.

Deputies responded to the crash around 8 p.m. Friday in the 7700 block of FM 1960 near Lee Road. They said two deputies stopped a vehicle in traffic, and during the stop, two cars collided, hitting two Pct. 4 patrol cars.

#NOW:Heavy police presence in the 7700 block of FM 1960 and Lee Road in reference to a major crash. One occupant was entrapped after the vehicle crash but has been safely removed.

All east and west bound lanes of FM 1960 are completely shut down. pic.twitter.com/2Yte6AsbTM

Investigators said one driver was taken the Memorial Hermann Hospital by Life Flight where he remains in critical condition. The other driver was transported to a hospital in The Woodlands. Deputies said she suffered minor injuries.

According to investigators, one deputy had minor injuries, but he was not taken to the hospital.

Deputies said the investigation is ongoing.