Driver dies after crashing into business while fleeing from Beaumont Police

The car crashed into a business located in the 2300 block of Liberty Ave, police say. 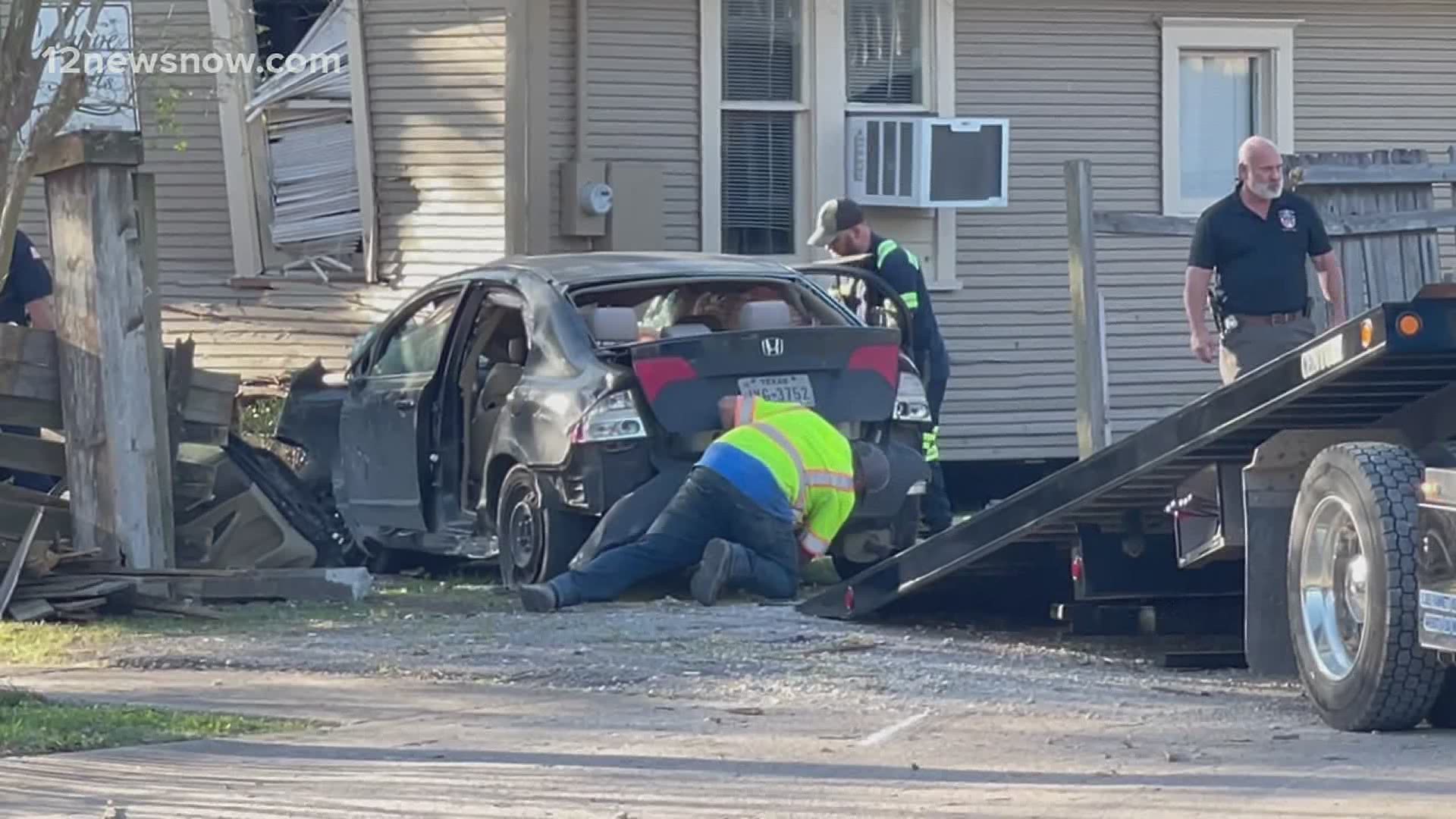 BEAUMONT, Texas — A driver has died after crashing into a business while trying to flee from police officers, according to a news release from the Beaumont Police Department.

On Thursday around 3:45 p.m., Beaumont Police officers were in the middle of a criminal investigation when they tried to conduct a traffic stop involving a Honda sedan. Instead, the car drove away quickly in an attempt to escape from the officers.

Justice of the Peace Ben Collins pronounced the driver deceased at the scene. His or her identify has not been released yet by officials.

The car ended up crashing into a business located in the 2300 block of Liberty Ave in Beaumont, the release said.

Beaumont EMS also responded to the scene. A passenger in the car was transported to a local hospital and his condition is unknown as of Thursday evening.

This investigation is ongoing. We will update you when and if we receive more information.

On Thursday, March 25, 2021 at 3:44 p.m., Beaumont Police Officers were conducting a criminal investigation and attempted to conduct a traffic stop. The vehicle accelerated away and attempted to elude the officers.

The vehicle crashed into a business located at 2340 Liberty. Beaumont EMS responded, as did J.P. Collins, and the driver was pronounced deceased at the scene.

The passenger of the vehicle was transported to a local hospital and his condition is not known at this time. We will not release any further information at this time as the investigation continues.