Downtown Beaumont could get new life thanks to city council approval of plans for hotel, apartment building 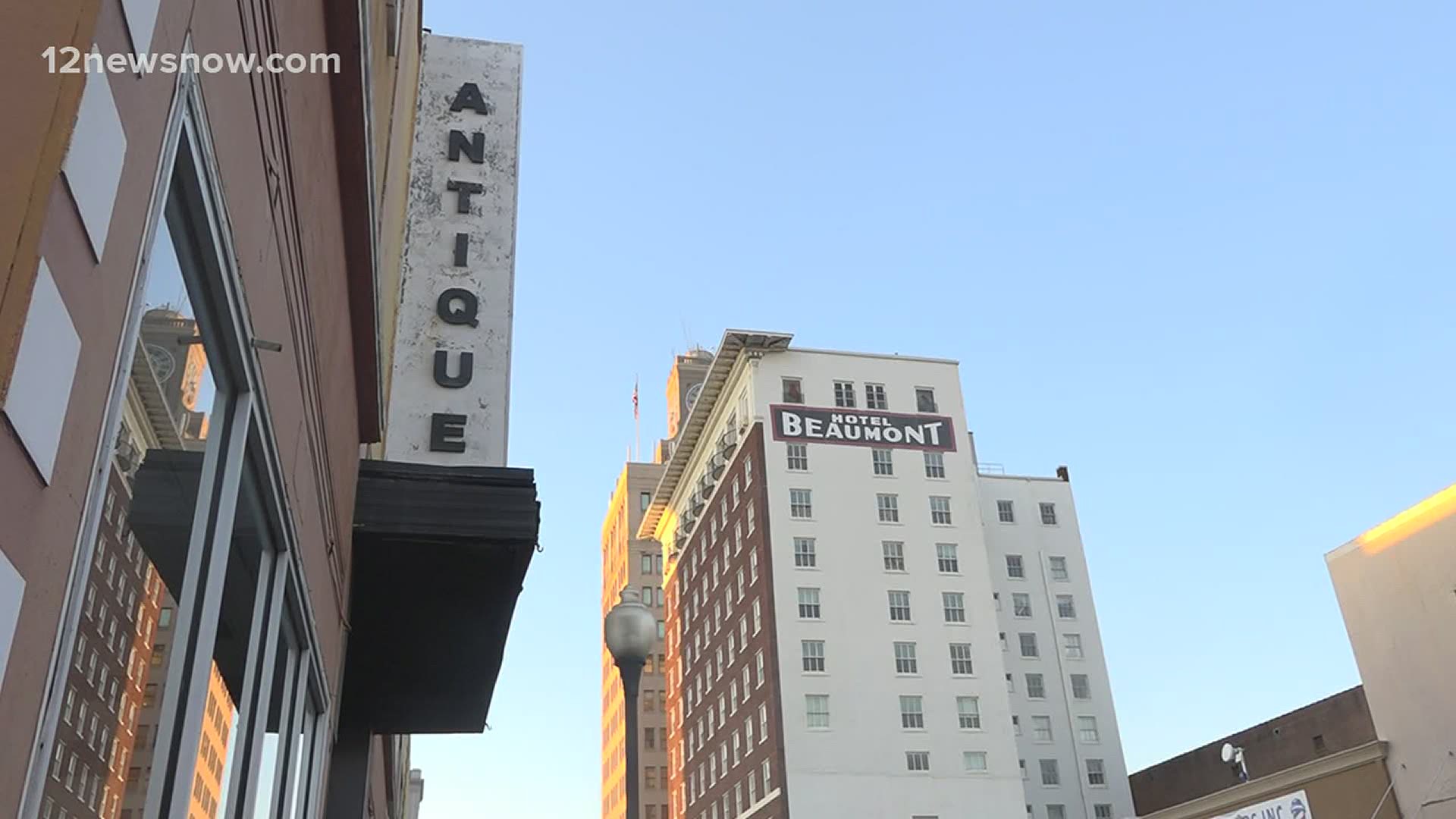 BEAUMONT, Texas — Downtown Beaumont could see some new projects in the future after city council approved plans for a new hotel apartment building on Orleans Street.

An exact date hasn't been released, but plans for the old antique mall behind call for about 25 loft units. For nearby businesses, this is exciting news.

Drive through downtown Beaumont, and it's not hard to see, there's a lot of untapped potential.

Tasha Bobb opened up Stir it Up Bistro in April, just after the pandemic slowed everything down.

"It's really been a true walk of faith keeping the doors open during this time," Bobb said.

She knows what downtown is capable of becoming, and she wanted to contribute to that.

"Downtown Beaumont should really be thriving, with a lot of businesses, eateries, people just walking down the street," Bobb said.

For now, most of these buildings are empty, including the historic Hotel Beaumont.

Councilman Mike Getz is excited about some possibilities for it too.

"Oh, it's been empty for at least 10 years. You know, for downtown to become as successful as we'd like it to be, you've got to have people living downtown," Getz said.

Soon that could be a reality. Last week, the Beaumont City Council gave the green light for a realty company to turn the old antique mall into a hotel apartment building.

Getz said the developer is planning to offer extended stay apartments and lofts.

"I think his idea is to go after people working in the plants for a temporary basis," Getz said.

For the businesses nearby, this is good news too.

"Oh my goodness, at first I was like, oh wow, what's gonna happen to me, it's gonna be an advantage to have a hotel right next door. I'm one of the only places down here where you can get full real meals," Bobb said.

Slowly, but surely, things are stirring up downtown.

"It's gonna get there, I know it will," Bobb said.

12News reached out to the property owner for specifics on when renovations will get started. We haven't received an answer yet.