A Port Arthur man says his neighborhood has had to evacuate due to chemicals before. 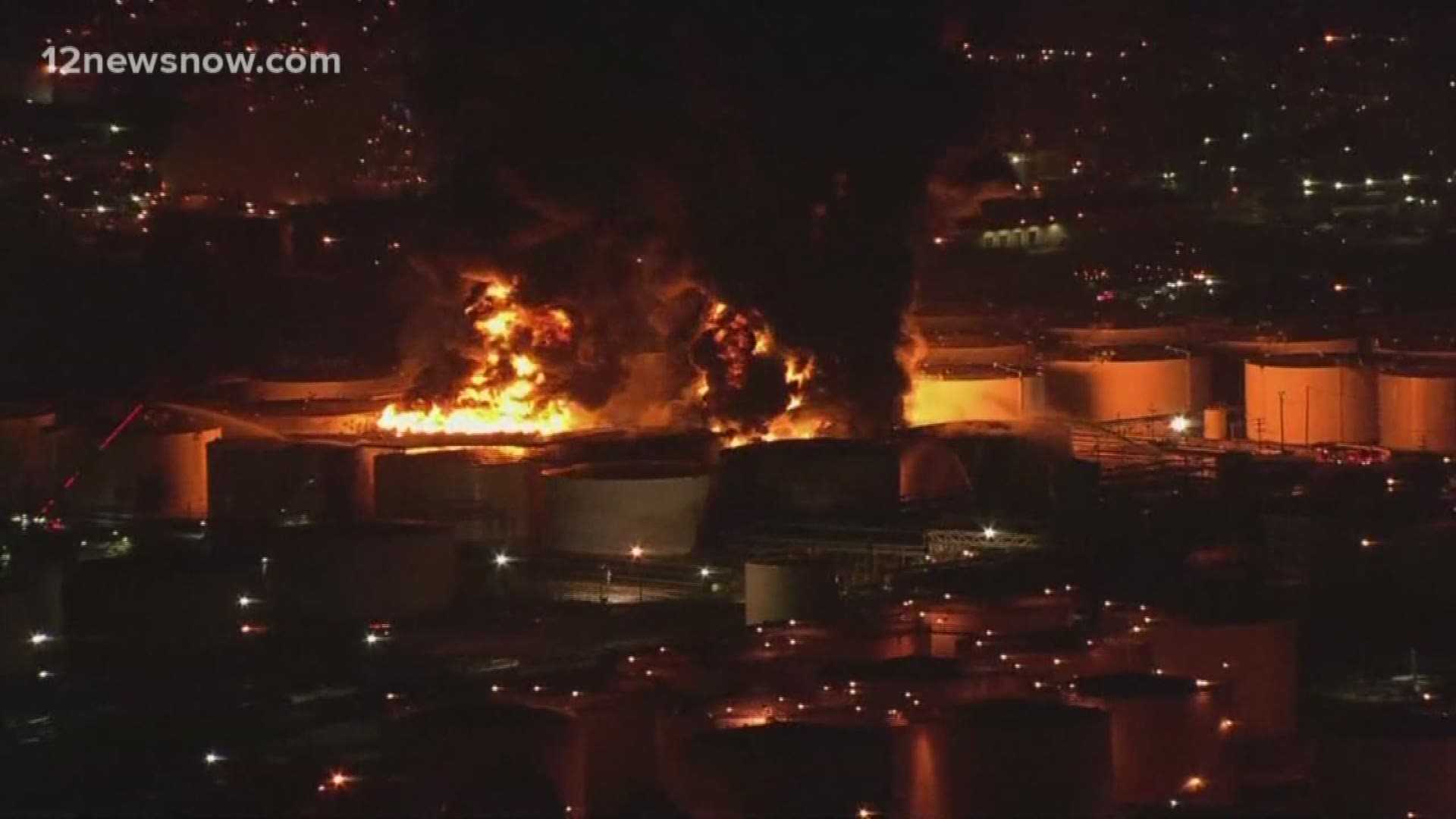 The giant tanks just up the street are a part of life. Residents say worries come with them.

"We had a valve blow on West Port Arthur Road, right across from the liquor store," Barbary said. "It melted the vinyl siding on the houses about three or four blocks over."

The fire in Deer Park has him thinking about the hazards that come with living near a tank farm.

A substance called benzene has caused concern for Deer Park residents and officials following the fire at ITC.

RELATED: What is benzene? Signs & symptoms of chemical that caused Deer Park shelter-in-place

The American Cancer Society describes it as a colorless, flammable liquid with a sweet odor.

It evaporates quickly when exposed to air and The Cancer Society says it is known to cause cancer in both people and animals.

It was tough for people like Gary to think about, and he says he hopes a fire like the one in Deer Park never happens near his house.