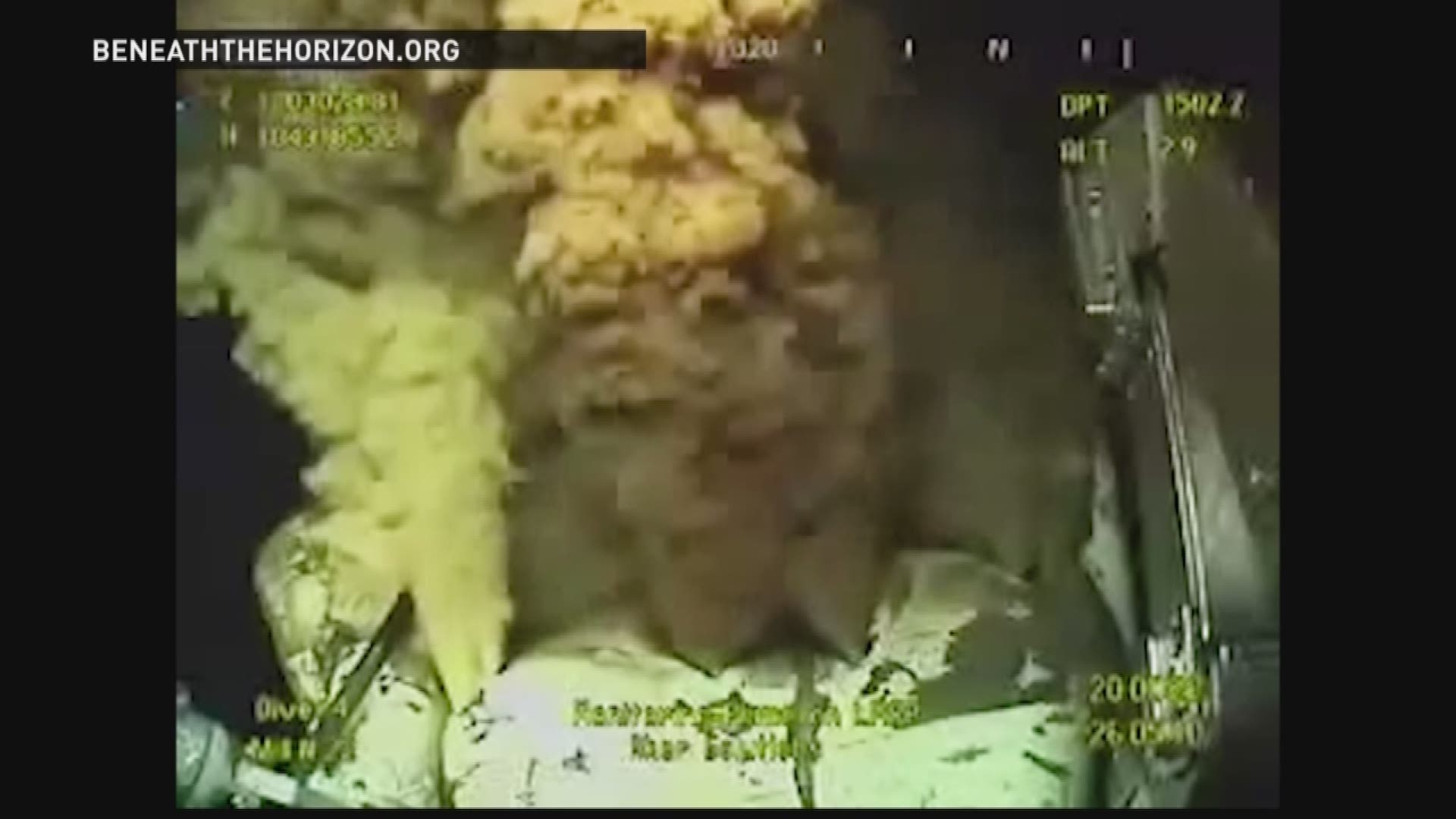 It's hard to believe, but people along the gulf coast are still recovering from the B-P oil spill. 7 years ago today, millions of gallons of oil spilled out into the gulf.

It began on April 20th, 2010 when the explosion and fire killed 11 people. Four days later, oil was found streaming out of the well. The next day the Coast Guard sent a camera down and learned that the well was leaking 1-thousand barrels of crude oil per day.

After all that, several storms including hurricane Alex disrupted clean-up efforts. Finally, months later on September 19th, B-P sealed off the well completely!

This has been called one of the worst spills to date. Scientists estimate 4.4 million barrels of oil were released into the gulf over those six months.

It's no surprise we are still feeling the effects of the Deepwater Horizon spill. Not only on the environment, but the economy.

Since there was so much oil spilled into the gulf, there's really no way to clean it all up.

Researchers from USF have been studying not only the impact of the oil, but the dispersants that were meant to help. A website called beneaththehorizon.org features an area in Louisiana that bore the brunt of the spill.

A fisherman points out clumps of oil mixed with dispersant chemicals that washes up onto beaches to this day. And his business still hasn't fully recovered. According to the research, that dispersant basically mixed with the oil and sank to the bottom covering the gulf floor in a consistency almost like asphalt. Scientists say the area will eventually recover, ut it will take time.

And while our beaches were not directly affected by the spill, he worldwide media coverage gave people the impression that oil was washing up on all of the gulf beaches. That took a big financial toll on the area. Counties and cities in our area received millions in settlements.