"This is not the first time I was shot with a rubber bullet in one of those nights," says 19-year-old Victor Ramirez. 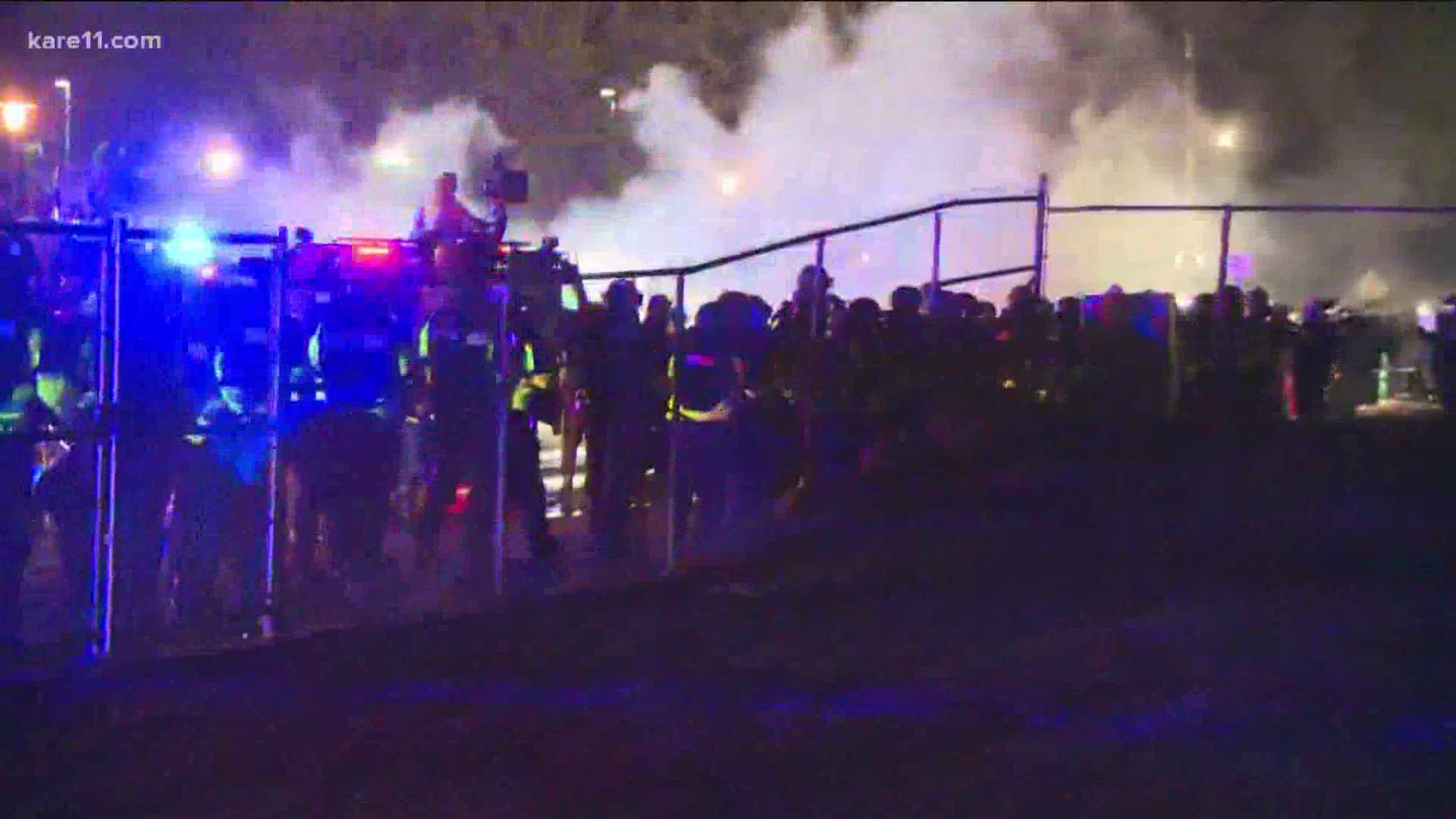 BROOKLYN CENTER, Minn. — "This is not the first time I was shot with a rubber bullet in one of those nights," says 19-year-old Victor Ramirez.

Ramirez shows his injuries after protesting in front of the Brooklyn Center Police Department. He's been there every night.

He says those injuries came at the hands of law enforcement - as they shot rubber bullets into the crowd.

"I was also shot in the leg, I was also tear gassed," he says. "I don't know what to say other than this is not OK."

Ramirez is one of thousands who stood outside the department - calling for change following Daunte Wright's death.

Jaylani Hussein with CAIR Minnesota says that others were also hurt.

"They have to terrorize anyone, including peaceful protesters," says Hussein.

According to a spokesperson with Operation Safety Net, more than 500 people protested Wednesday night, with some in the crowd throwing objects at officers. According to the Hennepin County Sheriff's Office, up to four officers were injured and several more are in the process of filing injury reports.

Ramirez says he suffered a fracture and bruises, but he plans to keep showing up.

"Don't tell me that you're scared of me when I don't have no armor, weapons in my hand," says Ramirez. "You should have shot me in the mouth because that's the only thing it's going to take for me to shut up."

A spokesperson with MN Operation Safety Net says they are still working with the State Patrol to verify the number of troopers injured.

"Operation Safety Net professionals welcome the people’s right to express their First Amendment rights peacefully. Law enforcement want to provide a safe environment for peaceful protests and demonstrations taking place throughout our communities. We encourage protesters to work together to gather peacefully and report anyone who tries to escalate demonstrations involving violence or damage to businesses or personal property."