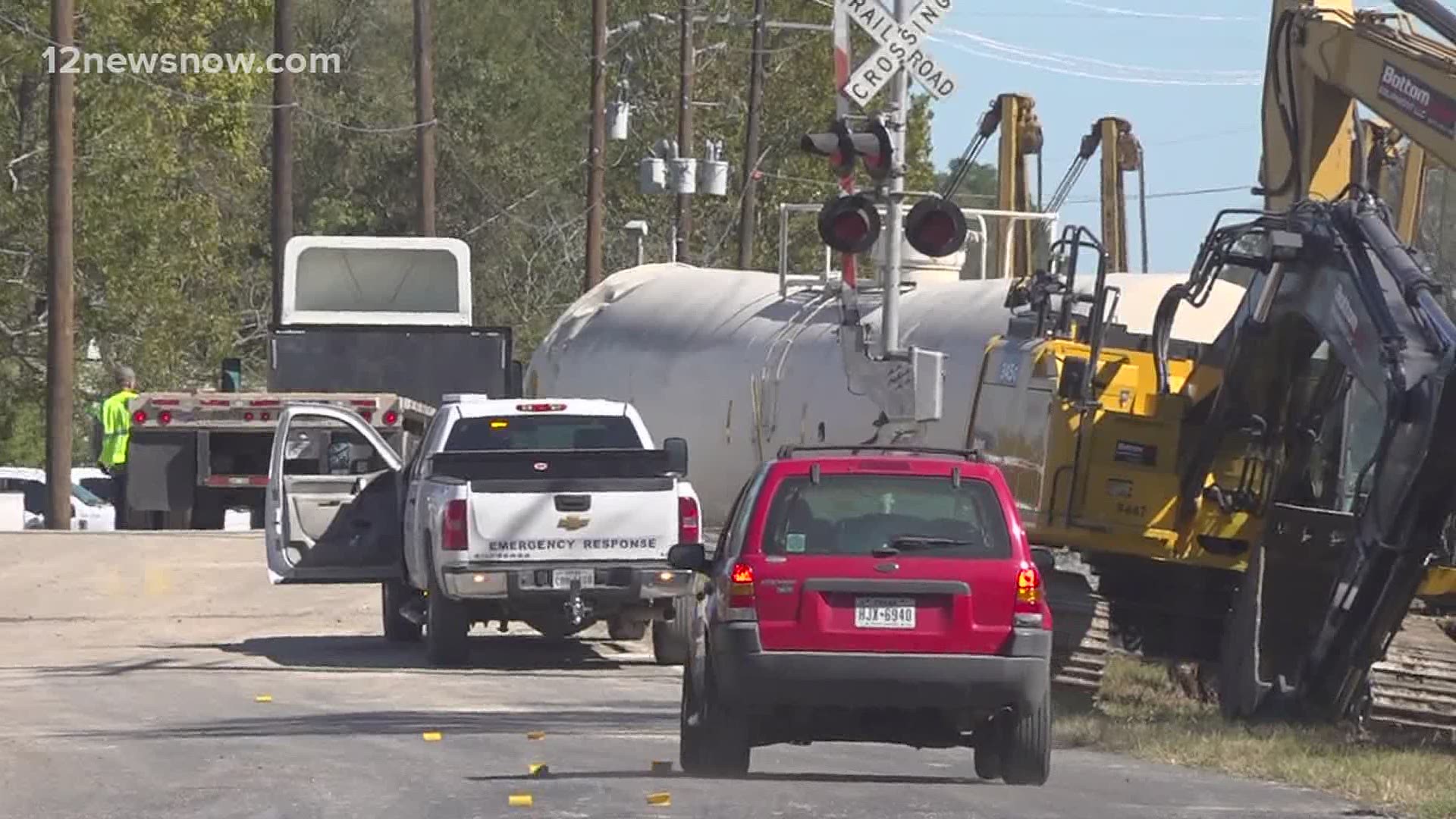 MAURICEVILLE, Texas — Crews are still working five days later to clean up after a train went off the tracks in Mauriceville early Thursday.

Orange County Judge John Gothia said the primary focus on Monday was on getting two railcars with ethylene oxide back on the tracks to be moved to a safe location. Monday evening, officials said the two cars were taken away from the area to be offloaded.

Orange County Emergency Management said the evacuation area has been lifted, and residents will be allowed to go back to their businesses and houses Monday night. The area from FM 1130 at Old Hwy. 62 will stay closed to traffic while cleanup continues. On Monday morning, there were only three homes left inside the evacuation zone according to Gothia.

The rest of the railcars will then be moved to a salvage yard to be dismantled according to Gothia.

Each railcar being moved will be decontaminated. Gothia is hopeful that by Friday, all the cars will be out of the ditch and taken away so the ditch can be cleaned.

Gothia said the tracks have already been rebuilt and put back into place in the area of the derailment.

All together, 25 cars derailed on Thursday morning. Kansas City Southern Railway Company said 10 of the cars were empty, and 15 were loaded with materials.

Two hazmat monoethanolamine cars derailed and were leaking a corrosive liquid, the release said. Officials said the leaks were contained, and the product was contained for proper disposal.