Major traffic delays reported in Crosby, Barrett and Highlands due to I-10 closure

The tolls on Grand Parkway/99 have been waived until further notice to help drivers detour. 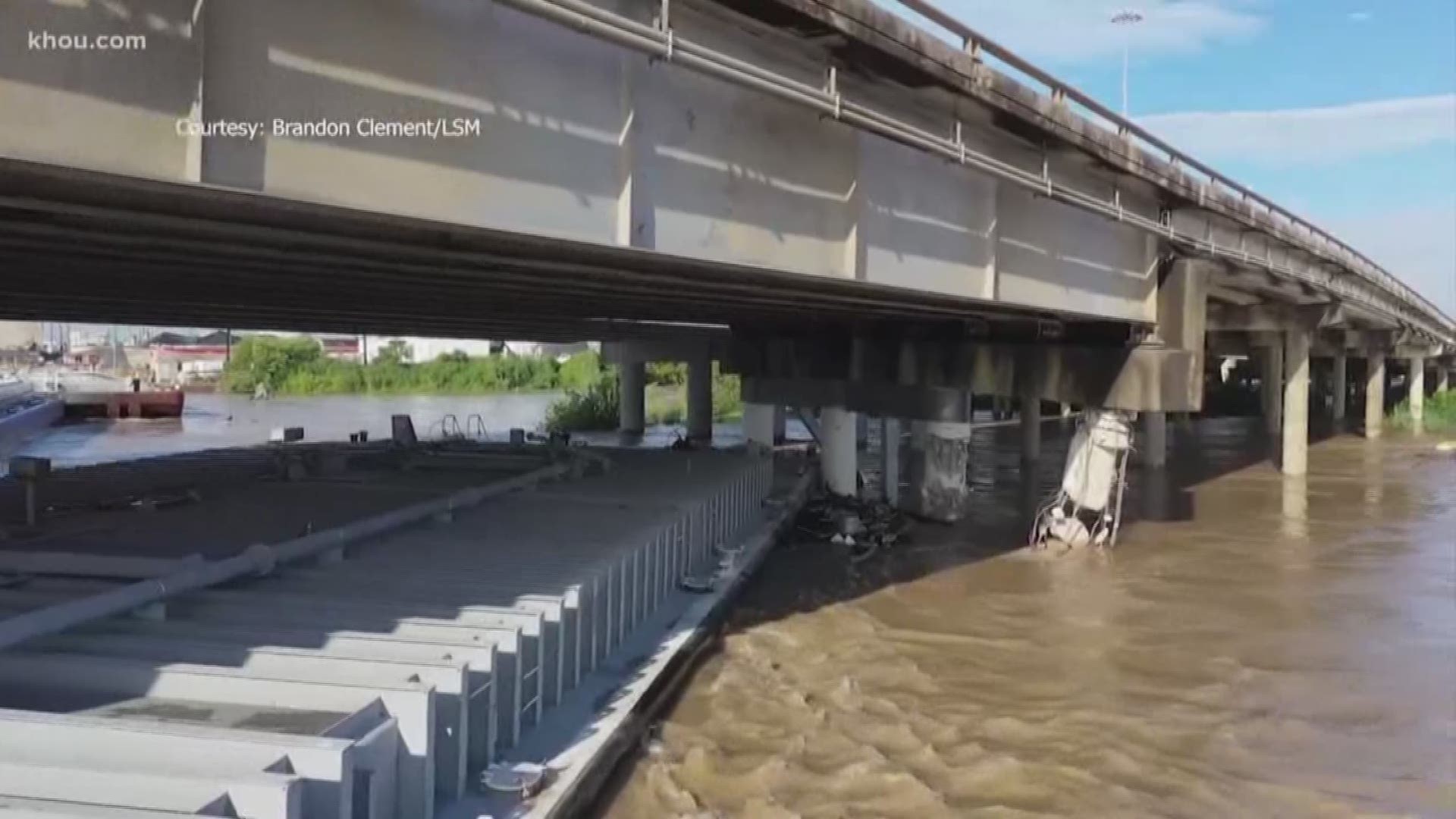 HOUSTON — KHOU 11 News has learned some drivers in northeast Harris County are facing delays Monday morning of one to two hours resulting from the I-10 East Freeway closure.

Views from Air 11 show the delays are stacking up in Barrett, Highlands and Crosby, especially heading away from Houston on Highway 90 where there appears to be a six-mile backup. Crosby ISD says their buses are experiencing delays as well.

Delays are also reported westbound through the Baytown area on 146/Fred Hartman Bridge and the Grand Parkway.

Officials said they are still inspecting the damage to the bridge and preparing traffic restoration plans.

Views from Air 11 show the bridge appears to have major damage. Nine barges broke loose on the river, and at least two of them struck the bridge, according to the Coast Guard.

Detours to get around I-10 San Jacinto Bridge closure

There are two main routes you can take: Highway 90 in northeast Harris County heading into/from Barrett, Crosby and Highlands. Or you can take Grand Parkway or Highway 330 to Highway 146/Fred Hartman Bridge and then Highway 225. The Crosby-Lynchburg Ferry is also running again.

The county engineer reports that SH99 tolls are waived in Chambers County until further notice. At last check the tolls were also waived on Beltway 8-East/East Sam Houston Tollway.

Second time bridge has been closed this year

In February 2019 the bridge was partially closed when a barge hit it, near the same location as Friday's strike. The damage was not as bad but took about three months to fully repair. The latest incident could take longer.